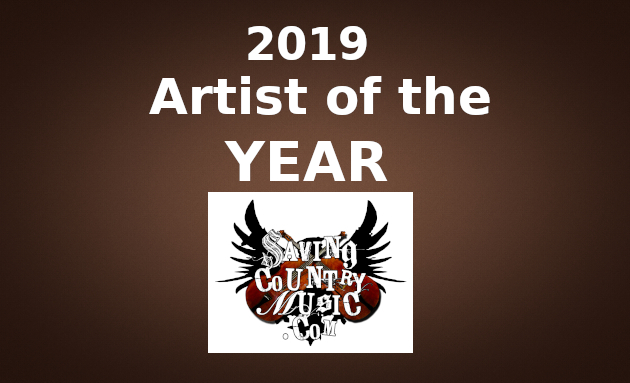 Saving Country Music’s Song of the Year is specifically for a composition so moving and impactful, the mere notion of it gives you chills. Album of the Year is about the title that had the most positive impact in the genre, and what was the most enjoyable and fulfilling to listen to.

But Artist of the Year goes much deeper. It certainly helps if a potential candidate released a banner song or album in the previous year, or had a stellar run of live performances. Ultimately, it’s still all about the music, and that’s where the true leadership and contributions of any artist is most measured. But Artist of the Year is also measured by how an artist upholds or champions the principles that Saving Country Music was founded upon—primarily that country should actually sound country, that the roots and legacy of the genre should be upheld and respected by today’s artists, and that all performers should have the autonomy of creative freedom, and that fighting for that autonomy not only benefits the individual artist themselves, but can inspire others to seek their own creative freedom, helping to prove that artists in control of their own music can make better music, and still be successful and economically viable while doing so.

In 2019, we had the distinct pleasure of seeing two artists uphold these truths so evidently, it would be an offense to not include both in the ultimate decision, even though they each went about the business of helping to save country music in two distinctly different ways. Cody Jinks not only released one landmark record completely independent of a record label, he released two in After The Fire and The Wanting, and on successive weeks, with both ending up at #1 on the country sales charts without any significant radio play. Tyler Childers also landed at #1 in Country Squire, but did it from within the system, signing to a major label, yet on his own terms where he still calls the shots and shares significantly in the spoils of his success.

Both artists also had banner years in touring, continuously stretching the boundaries and expectations for artists not supported by popular media, selling out large venues and leaving raving fans in the locations they toured through. They both got the attention of the mainstream media with their efforts, with Tyler Childers even being nominated for a Grammy Award. But even more than that, it was the attitude, the moxie, the daring and courage these two artists exhibited with both their words and actions that made country music in 2019 a much better thing for themselves and everyone else, and in ways that will reverberate well into the future.

“The problem with country is we’ve turned the props into the play,” Tyler Childers said in early August, right before the release of his new record. “Let’s not just Solo cup and pickup truck it to death. Let’s handle this in a smart way. Nobody is thinking about lyrical content, or how we’re moving people, or what’s going on in the background of their minds.”

Childers also went on to challenge the monogenre, and the bleeding of regionalism out of music by saying, “There are different pockets of the rural U.S. and each one of those has their own color, their own language, the things they’re worried about. They’re so different.” He also doubled down on his contempt for the term ‘Americana,’ saying, “The stuff we used to call ‘good country’ is now getting called Americana. We’ve not fixed the problem of bad country.”

Back in 2018, the words of Cody Jinks were a little less eloquent, but just as true and impactful.

(Warning: Language) “Ain’t this shit fun? See this is shit you used to see back in the 70’s when all those motherfuckers were out there singing and playing together, playing and singing and recording each other’s songs. We’re bringing that back!” Cody remarked from the stage while playing the Tailgates N’ Tallboys music series in Peoria, Illinois with Whitey Morgan, Colter Wall, Paul Cauthen, and Ward Davis among others. “We said ‘Fuck Nashville, we’ll start our own goddamn club.’”

But Artist of the Year isn’t just about salty language and speaking your mind. With their music, and with the models for success which they sketched in two completely different ways, Tyler Childers and Cody Jinks showed a way out of the malaise that country music currently finds itself in. And it’s working. More and more we’re seeing mainstream artists adopt more twang in their repertoire, trying to find better songs to record, and sometimes speaking out themselves.

No individual artist or artists will ever save country music. If and when we ever reach a moment where we feel bold enough to declare country music saved, it will immediately begin reverting back to its same old bad habits of leaning on the appeal of pop, or putting the control of the music back into the hands of producers and label heads like we’ve seen cycling back and forth for now going on a century. But it’s artists like Cody Jinks and Tyler Childers that will always help swing it back the other way, that will act as bulwarks against the adverse trends affecting the music, and present the perfect example of how to make country music right. And for that, they are both the 2019 Saving Country Music Artists of the Year.

This is the first Artist of the Year distinction for Cody Jinks. Tyler Childers is the reigning Artist of the Year from 2018. Both artists will enjoy all the rights and privileges of the Saving Country Music for the entirety of 2020, which includes 25% off any purchase at all locations of Kenny Rogers Roasters.