Trigger Down with Pop Country 166 Comments

We all know them and we all hate them, those ubiquitous and ridiculous pop country songs that make us hang our heads in shame, embarrassed to call ourselves country fans, constantly making us having to explain that no, we don’t listen to that type of country. They pursue us doggedly, on the radio, over the speakers at the grocery store, blaring from a car full of high school kids at a red light.

Please note that this list has a few ground rules, namely that a song must have been released as a single to qualify (i.e. no Brad Paisley’s “Accidental Racist”). Also, songs that may have been classified by radio as “country” but were classified by artists or their labels as pop (principally Taylor Swift’s “We Are Never Ever Getting Back Together”) will not be dignified by being included on this “country” list either. 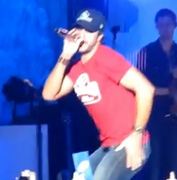 Positively nothing more than a pop dance song with a banjo, Luke Bryan commands country girls to “shake it” for the birds, the bees, for the crickets and the critters and the catfish swimming down deep in the creek, for the gerbils crawling way up his rectum to massage his prostate”¦ oh wait, he left that line out, but you get the point. This song is like a frozen sledge hammer to the balls of anybody who has any sort of musical taste or dignity. 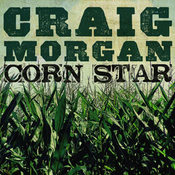 Yes my friends, this song actually exists, and was even released as a single. How do you out cornpone your corny competition? Make a pun about corn and insert into a sexually-charged urbanism, aka the Honky Tonk Badonkadonk songwriting formula. The writers of this song Jeffrey Steele and Shane Minor are not laughing with you, they’re laughing at you for buying into this worthless piece of drivel. If you think “Corn Star” is funny, then the joke’s on you.

This song sounds like it was made with a bubble machine. I don’t know what I hate worse in this song, the reggae breakdown, or the way Jennifer Nettles sings way on top of every note making this song especially unbearable to listen to. At least Sugarland’s cries for relevancy were answered by the song reaching #2 on the country charts, and eventually being certified double platinum. However since then, they have yet to have another hit single, and both Sugarland members are pursuing solo careers. 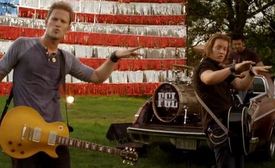 Florida Georgia Line is a horrible combination of Rascal Flatts pretty boy hyper-pop, and designer jeans Jason Aldean “backroad” laundry list pap. They are everything bad about quotation mark “country” combined into one big stuffed crotch sandwich. Punctuating how pathetic “Cruise” is, is the fact that these two dudes apparently don’t know how to use punctuation. The first line of the song goes, “Baby you a song,” instead of, “Baby you’re a song.” But what else can you expect when the title of their first  EP was It’z Just What We Do. Yes, it’s one of those albums, blurring the lines between Ebonics and idiocracy. (read song review)

Big & Rich may think they’re saving horses with their fringe-lined parasols, dandy top hats and prancing midgets, but it is at the expense of our hearing. “Save A Horse (Ride A Cowboy)” acts like a good healthy turn of a corkscrew right after it’s been inserted in one’s earhole. “Save A Horse” has the the shelf life of a knock knock joke. Hear it once and maybe it makes you smile. Hear it twice and you can’t reach for the radio dial quick enough. This song is the reason fans of other genres think all country music sucks. 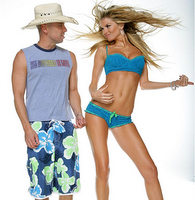 Boy, little did we know back in 1999 that this machination of mixing sex and farm machinery would become such a prevailing trend in country music. Chesney should’ve just stuck to figuring out what to rhyme “coconut” and “flip flops” with in his idiotic and incessant beach songs. What Kenny and his sexy tractor cohorts lost sight of is that the beauty of country living is in its simplicity. 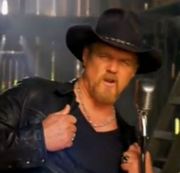 Some songs we call “a joke” figuratively. This one is a joke, literally. No really, they took a punch line and figured out how to build a song out of it. “Brown Chicken Brown Cow” mentions corn fields and slopping pigs, but since these days less than 2% of Americans actually live this type of traditional farm lifestyle, he is not using these things to relate to people, but to disguise the fact that this really is a hip-hopish rock song, and that he isn’t singing to country folks, he’s singing to suburbanites that like to listen to this kind of smut as a form of escapism. Trace Adkins has become one of the kings of gimmick songs, with his super hit “Honky Tonk Bandonkadonk” being his most well-recognized hit. But even Trace had to admit later that”Brown Chicken Brown Cow” went too far, saying, “I guess I went to that well one too many times.”

That’s right ladies and gentleman, raise your red solo cups high, and let’s all toast the onset of idiocracy! This is not only one of country’s worst songs ever, it was possibly the first song written to be a video first and foremost. Make a stupid viral video for an even more stupid song and you have the spoon fed public eating out of his hands. And just because Toby Keith admits this song is stupid, doesn’t mean it’s still not in fact stupid. 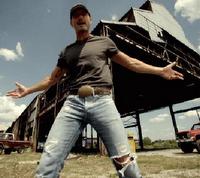 A creatively-repressed Tim McGraw finally breaks free from the 20-year-old bounds of Curb Records, and like an out-of-control Catholic schoolgirl unsupervised, releases this scandalously ill-advised attempt at country rap, forever soiling his reputation. Realistically speaking, this may be one of the worst, if not the worst song on this list. But since it’s creative depravity is so heinous and obvious, it petered in the charts, and its impact was marginal compared to the Frankenstein-like super hit McGraw and new label partner Scott Borchetta were hoping to score. 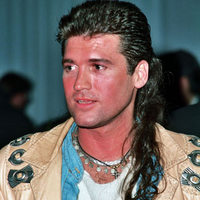 “Achy Breaky Heart” is country music’s version of waterboarding. The song itself was not as awful as the machine gun frequency and pandemic-like omnipresence it terrorized society with throughout 1992, until it and Billy Ray Cyrus’s atomic mullet rose to the level of becoming a national embarrassment that America will likely never absolve.

5. I Wanna Talk About Me – Toby Keith

Yes, you forgot about this little bit of mullet-era Toby Keith awfulness, didn’t you? Before there was “1994” and before there was “Dirt Road Anthem,” there was this wretched piece of pseudo country rapping released in 2001, written by Bobby Braddock of all people. The song was supposed to be a hit for a young, emerging Blake Shelton, but his label turned it down as too risky. “I Wanna Talk About Me” wasn’t even Toby Keith’s first country rap. He had another single “Getcha Some” in 1998. But it isn’t just the rapping that makes this song awful, it is the self-centered arrogance of the lyrics.

The title says it all. No really, it does.

Blake Shelton’s “Boys ‘Round Here” is songwriting by algorithm and analytics, fashioning together words and sounds known to have the widest impact on mainstream radio’s weak-of-mind demo. It is the worst combination of both mainstream country rap and laundry list songwriting. The “boys” in the title of “Boys ‘Round Here” is fitting, because this song is rank immaturity. It’s the audio equivalent of sneaking out of your mom’s house to smoke pot behind a Pizza Hut. Though Jason Aldean’s “1994” may be a worse song, “Boys ‘Round Here” might be more dangerous as because it is a chart-topper. 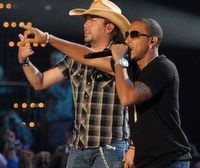 This song seems rather innocuous now compared to the newest wave of country rap that has given rise to songs like “1994,” “Boys ‘Round Here,” and “Truck Yeah.” But at the time, “Dirt Road Anthem” was the edifice of awful, the one that broke the doors open for country rap. As the best-selling song in country music in 2011, the impact of “Dirt Road Anthem” cannot be understated. 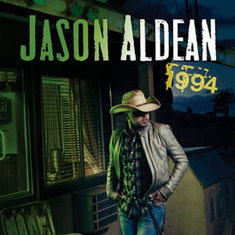 Jason Aldean and his crack team of producers and songwriters were exhaustive in their efforts to compile only the absolute worst elements from every corner and crevice of popular music and then assemble them together to compose this ode to the decay of Western Civilization. At their dispose are hip-pop, wiener rock, laundry list country, Auto-Tune, and the general douchebaggery awfulness caused by a complete lack of self-awareness that Jason Aldean is a exemplary specimen of. These ingredients are then extruded into a feces-like industrial slurry that is injected into the hollow, mulleted, cop-mustached corpse of 90”²s country semi-star Joe Diffie’s dwindling career.

In Music Row’s everlasting quest to train all of its resources on scouring America to unearth only the finest, most purest form of audio diarrhea, they have struck the mother of all motherloads originating from Jason Aldean’s unholy bowels. Yes Nashville, pat yourself on the back, let all of the Auto-Tuned stars sing out in unison as Stratocasters bray out a cacophony of stadium rock riffs in unified celebrationyou have officially discovered the shittiest country music song to ever touch the human ear drum. (read full review)