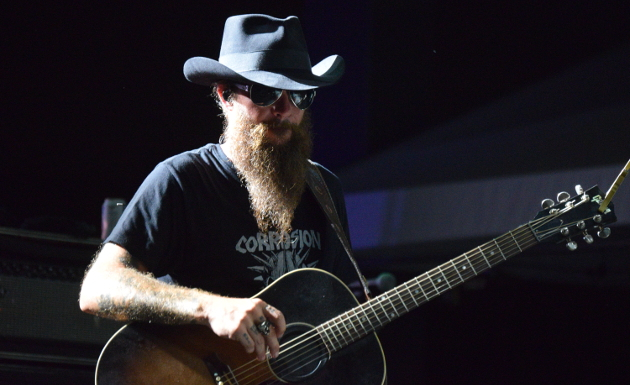 On October 26th, the Cody Jinks show at the Nacogdoches County Expo Center was canceled on the day of the performance after an unidentified individual called the venue and left a threat against the concert. The threat was alarming enough that Cody Jinks and local officials decided to cancel the show. The Nacogdoches County Sheriff’s Office says they were notified of the threat in the morning, and that it was made over the phone via an online app.

“It is with much regret and aggravation that we have to cancel the show in Nacogdoches, Texas tonight,” Cody Jinks said in a statement. “We are here, set up, and ready, but we have been notified that there has been a threat of violence issued for tonight’s show.”

Officials have yet to confirm the specific nature of the threat, however they do now have a person of interest they’re investigating in the case. “We have identified a person that we do believe made the phone call,” Nacogdoches Country Sheriff Jason Bridges tells Saving Country Music. “We’ve made a lot of good progress on it. We have a person of interest and are working hard on this investigation diligently.”

Cody Jinks has rescheduled the concert for Saturday, January 25th, 2020, with all original tickets being honored for the show, or fans can seek a refund if they choose. Cody said he regretted canceling the show, but the safety of his fans was the first priority. “I personally had family make long drives and paid for hotels so I understand any aggravation and frustration.”

This week Cody Jinks also appeared on the Steve Austin Show podcast in a rare interview. During the hour-long podcast, Cody Jinks talked sports, his decision behind releasing his latest two albums After The Fire and The Wanting independently, the inspiration behind some of his biggest songs like “Loud and Heavy” and “David,” as well as life on the road and home, and the grind of becoming a successful performer.

“I miss just plugging my guitar in, in some shithole bar, on a bar stool, in a corner, playing old George Jones songs,” Jinks told Steve Austin. “I miss that part of the grind. Everything now is such a show. It’s such a production. We’re rolling around 14 guys on two buses. You think, ‘Gosh man, it was easier when I was just broke’ (laughing).”

Cody Jinks also spoke about playing shows with Whitey Morgan, and how it was awkward at first, and they didn’t really speak to each other as two grumpy road dogs. Eventually became close friends. Cody also spoke about how his son was Steve Austin for Halloween.

Cody’s last two records After The Fire and The Wanting both went #1 in country in pure album sales, and #2 on the Billboard Country Albums chart when factoring in streaming.