So Really, What’s Up With All These Truck Songs in Country?

I may not know much, but I will say with complete confidence that a dozen years from now when fans look back on the current era of country music, they will chuckle mightily at the ridiculous amount of truck songs clogging the genre like we do mullets and parachute pants (and the whole of Billy Ray Cyrus’s career) from the past. They are an anachronistic joke from the future that the enlightened can enjoy today. The “truck” theme in country, especially in the context of these drooling “laundry list” songs that machine gun out countryisms, has been run into the ground harder than the bumper of Randy Travis’s F-250 in a drunken, naked endeavor to procure a pack of cigs.

So what’s behind all of these truck songs? The simple, easy answer is that Music Row is a copycat world, and when one song works, the idea is run over and over again until a new frontier for the word “cliche” is found. But I’m not sure if Music Row is the genesis of this. Instead, it might be Madison Avenue.

I admit this is part conspiracy and conjecture, but I think there’s a very interesting nexus between the recovery of Detroit, and the truck-itization of Nashville.

Around the time of the end of President George W. Bush’s last term, the country’s economy went into a tailspin, with one of the biggest anchors pulling it down being the auto industry. Since then, Detroit has seen a massive, overwhelming recovery. And what has been at the heart of this recovery? Trucks. Not hybrids, not new designs or new models, not expensive imports or luxury cars. It’s been trucks. Medium and heavy duty trucks, and lots of them.

Trucks are the most profitable vehicles for all domestic automotive manufacturers, by both profit margin, and by sales volume. The most profitable and best-selling vehicles are 1) Ford F-Series Trucks 2) GM Full Size Pickups 3) Dodge Ram Series Pickups. Check the chart below, covering the last 20 years in sales from pickuptrucks.com:

Truck sales were also way up in 2012; the same year that the “truck” theme gripped Nashville in full force. Also from pickuptrucks.com.

What’s behind this huge spike in truck sales? Part of it is that truck sales were down in recent years because of the spike in gas prices. Since then, gas prices have moderated, at least a little, and people are used to the new reality of gas prices hovering over $3.00/gallon. Plus all of these new trucks come with better gas mileage; a selling point pushed in the commercials for these trucks. And that leads us to the heart of the truck matter: advertising. 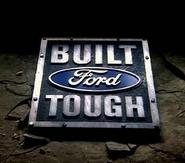 Music, and country music specifically is a reflection of culture, and culture is influenced by many things, including economic conditions and popular advertising. Preceding Music Row’s fascination with the truck theme was a full-on advertising blitz by Detroit’s Big Three and Toyota to push their big, profitable, full-size trucks to the American consumer. And since truck owners and country music listeners fit in similar demographics, the bullseye for that advertising was aimed right at country.

Truck advertisers have always drummed up their “toughness,” but the latest generation of truck commercials have ratcheted it up another notch. Celebrity voices have been brought in to narrate these commercials, including Denis Leary for Ford (probably to the chagrin of “Ford Truck Man” Toby Keith), and famous cowboy actor and narrator of The Big Lebowski Sam Elliott for Ram commercials. So as Detroit’s PR firms are parading around the idea that the auto industry is pulling out of its tailspin with innovation and green technologies, in truth they’re going back to their old trusty cash cow of the full size pickup truck to bring revenue back to black; a much more savory savoir than the environmentally-maligned SUV. 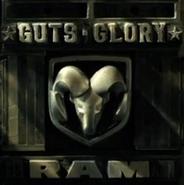 Advertising by definition is subliminal. The whole “you’re not a man unless you have a big truck” is a whole other thread, but it’s not surprising that with the sheer volume of advertising by America’s auto industry–and with so many consumers buying new trucks–that this would create a spike in the mention of trucks in country songs. And just like many of these country truck songs don’t actually appeal to people in the country, statistics show that many of these truck drivers live in the suburbs and are using them simply as commuter vehicles instead of the heavy work they’re built for. They are called “never-nevers” by the industry according to the Economist, meaning they never take trucks off-road or use them for towing.

So does this all mean that Madison Ave. and Music Row are in cahoots and all of these trucks songs are just veiled advertisements for Detroit’s most-profitable vehicles? I wouldn’t go that far. Just as Music Row is full of copycats, they’re also notoriously a year or two behind the curve (see country’s fumbling of the move to digitalization). The professional songwriters working away in the BMI and ASCAP cubicle farms on Music Row are just trying to put songs together that will sell. Detroit does send a lot of money to Nashville in the form of advertising on radio and at awards shows and such, but despite how sexy a “truck” conspiracy would be, at this point there’s little evidence of that.

More realistically, all these truck songs are just a simple cultural hyper craze that will undoubtedly be looked back upon with embarrassment by future generations of country fans.

Now if you will excuse me, I need to go feed my pet rock.