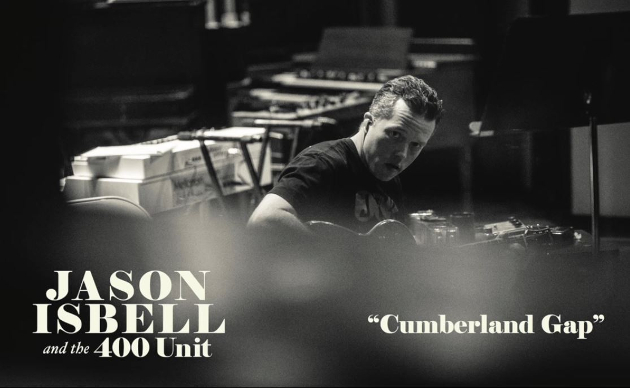 The second song from Jason Isbell’s impending album The Nashville Sound all but certifies what we had suspicions of before and what Isbell has been saying in the media previously, which is the June 16th release will be a much more rock ‘n roll affair than some of his recent efforts, and the title is more tongue-in-cheek, or a type of positioning statement about the diversifying influences alive in Music City as opposed to an homage to old school country.

Jason Isbell has never been that “country” per se, but he’s never called himself country either. The reason country, Americana, rock, Southern rock, folk, and a slew of other genres look to claim Isbell as their own is because he’s just so damn good, and these genres salivate to assign him to their ranks.

What has always made Jason Isbell a strong cousin of country music is how his songs speak to the distinctly Southern, agrarian struggle that he experienced directly as an Alabama-born and Southern-raised product, who specifically came to consciousness just outside the Muscle Shoals city limits where the country music influences swirl and intertwine with Motown and rock ‘n roll like the mighty waters of the Tennessee River.

The Cumberland Gap is significantly north of Alabama, where the state lines of Tennessee, Virginia, and Kentucky intersect, but just like Muscle Shoals, it is a historic crossroads of cultures and commerce forced to intermingle through geography, while still defining a history that is definitely Southern. Like so many of the rural areas that mark the birthplaces of American music, hardship seems to be an ever-present burden for the people who dwell there. The natural beauty, the strong sense of home and familial ties keep people glued to these locations for generations, yet the economic forces at play have no qualm exploiting the people and the natural beauty wherever and whenever it is financially expedient to then only abandon them at a moment’s notice when the resources run dry.

It’s this tug and pull of hardship that makes the lives and landscapes of the Cumberland Gap so poetic, and able to birth such lasting expressions from bluegrass and mountain music that eventually turned into what we know as country music today.

As has been said, heavy times call for heavy music, and “Cumberland Gap” certainly is that. The rock edge doesn’t allow the same breathing room for poetic insight as Isbell’s more singer/songwriter material, and he makes it a bit harder for the listener from not being able to understand exactly what’s being conveyed in certain verses. Overall, “Cumberland Gap” is kind of a muddled, muddy recording. This isn’t necessary a damning element for the song, and it’s indicative of Dave Cobb’s production style in previous efforts. But the song relies more on brute force to get you to buy in, and then perhaps you take the time to behold the lyrics and message. It’s heavy, sludgy, hard and high energy, but not a track meant to have fun with.

Jason Isbell doesn’t record hits or singles, and so no song of his is probably fair to judge isolated from its album peers. “Cumberland Gap” could illustrate the farthest reaches into rock for the new record, or it could be presented as an element of contrast with other selections. But it does define the mixing of rock ‘n roll influences intertwining with Southern themes that have made Jason Isbell the favorite of many astute listeners, regardless of their genre allegiances.

Pre-Order The Nashville Sound from Amazon