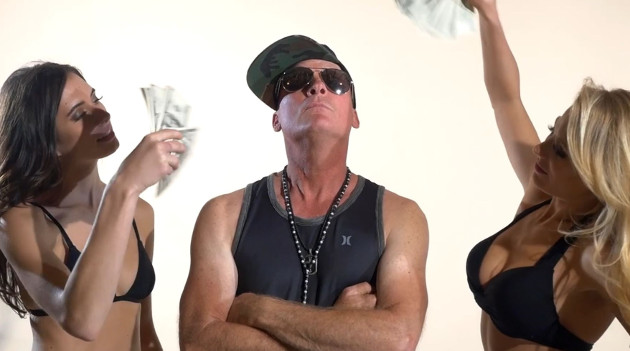 Generally speaking I’m a cheerleader for most anyone who picks up the poison pen and points it against the forces of subversive country, no matter how checkered their own pasts might be. But there might not be another more ideal example of “pot, meet kettle” than Kevin Fowler deciding he’s the best messenger to deliver a pointed lesson about selling out in country music.

Kevin Fowler has always been a polarizing figure in not just his native environs of Texas country, but through his conquests in the mainstream a few years back that assigned his name to some pretty terrible country songs right before stuff would really get out of hand in 2013-14. By that time, Fowler was ostensibly retired, whether forced or self-inflicted, but it’s probably not a bad theory that he helped spark the fire that would ultimately lead to Bro-Country, tractor rap, and the state country music is in today.

Some may remember Fowler’s collaboration with Colt Ford called “Hip Hop in a Honky Tonk” where Fowler was wearing women’s underwear on his head and attaching jumper cables to the nipples of Barbie dolls. What was Saving Country Music’s response? It was a rant entitled “Kevin Fowler Sells Out for Colt Ford’s ‘Hip Hop in a Honky Tonk.” The song was basically making fun of traditionalists who said Hank was rolling over in his grave from what had become of country music of today. Colt and Kevin weren’t just being offensive towards traditional country, they were rubbing it in the faces of those offended.

But none of this is what makes Kevin Fowler too hypocritical to criticize today’s country. If you never know any better, then how can you ever be accused of selling out in the first place? That’s why Florida Georgia Line gets a pass by some; they’re too naive to know they’re doing anything wrong because they never did anything right.

Kevin Fowler on the other hand actually has some decent songs here and there. His last record How Country Are Ya? was not as terrible as some gave it credit for, primarily from what they know from Fowler in the past. Nonetheless, Kevin Fowler is not in a position to be pointing a finger at anyone.

Fowler has a new album on the way, and “Sellout Song” has been released ahead of it as a single. Not to say that many of the points made in the song don’t ring true, or that it doesn’t make you chuckle no matter how hypocritical it might be coming from Fowler, but “Sellout Song” would have been a lot more cool and cutting coming from someone else. Kevin Fowler signed with Average Joes. He collaborated with Colt Ford. And now were supposed to buy into his indictment of country rap? This is why if you’re an artist and making decisions about who you work with and what you release in your career, you always have to keep more of a long perspective in mind.

And Zane Williams participating in this song is a similar situation. Zane has some songs that will absolutely knock you on your ass. He might be the greatest songwriters in the Texas scene at the moment. But go listen to songs like “Throwback” and “Just Gettin’ Started” from his last record, and it’s not too far off from the rhythm and themes being lampooned in “Sellout Song.” About the only redemption is Randy Rogers showing up in the video with a baseball bat to pound a monitor playing this thing into pieces.

The other problem is just like folks such as Jake Owen and Chase Rice, there’s talk coming out of both sides of Kevin Fowler’s mouth. Though he wants credit for standing up to today’s country and the way labels treat artists, he’s also trying to soft peddle everything in the press.

“This song isn’t really making fun of any artists,” Fowler tells Taste of Country. “It mostly pokes fun at an industry that tries to tell artists how they should look or what songs they should record. It’s a fun song about making fun of ourselves as an industry. It’s not mean spirited. It’s humor. After all, if you can’t make fun of yourself who can you make fun of?”

And that’s about the only way you can get right with “Sellout Song” is to not think about it as Kevin Fowler making fun of today’s country, but Kevin Fowler making fun of himself. From that perspective, this exercise is not entirely awful. All music opinions aside, Fowler seems like a straight up, fun-loving guy who probably doesn’t have a problem laughing at his own behavior. But let’s all agree he doesn’t have the authority to poke fun at others for compromising their integrity. Coming to this conclusion, you can then you can sit back, chuckle at some of the lines, enjoy the chicks in the bikinis, and move on with your life. Because like many Fowler songs, “Sell Out Song”  may have a few moments of entertainment value, but ultimately they’re pretty fleeting. And there’s few things more cliche in 2016 then doing a country protest song.