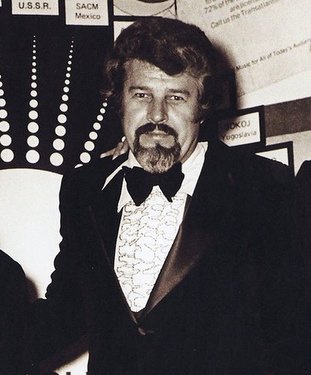 Bob Montgomery, most famous for being the teenage friend, songwriter, and duo partner of Buddy Holly, and for writing iconic country songs like “Back in Baby’s Arms” by Patsy Cline, and “Misty Blue” recorded by Eddy Arnold, Wilma Burgess, and many others, has died in Lee’s Summit, Missouri, after a struggle with Parkinson’s disease according to his son and fellow musician Kevin Montgomery. He was 77-years-old.

Montgomery was born in Lampasas, Texas on May 12th, 1937. His father was a carpenter, and the family moved to Lubbock when Bob was 12-years-old. It was there that Montgomery met Buddy Holly at the Hutchinson Junior High School in 1949. While attending high school together, they formed the duo “Buddy and Bob,” playing mostly bluegrass songs from bands like Flatt & Scruggs, with Holly playing banjo and mandolin.

The duo wrote some songs together, though according to Bob, Buddy didn’t have much interest in writing songs initially, leaving Bob to write most of the duo’s original tunes. They played at local school dances and talent shows and on local radio. The duo’s songs like “Down The Line” and “Flower Of My Heart” became of great interest after Buddy Holly died in the now famous “The Day The Music Died” plane crash in 1959. According to Montgomery, it was an Elvis performance at Lubbock’s Cotton Club in 1955 the duo played that brought Buddy from bluegrass to rock and roll, and he never begrudged his former duo partner on the success he found without him when Decca wanted to sign Holly as a solo act. Montgomery went on to write some of Holly’s later songs, including “Heartbeat,” “Wishing” and “Love’s Made A Fool Of You.”

Bob Montgomery became an influential songwriter in country music and beyond when he moved to Nashville in 1959, quitting his job as an engineer at Norman Petty’s famous studio in Clovis, New Mexico.  His biggest song became “Misty Blue.”

“I was in my basement over in Madison around 1966 and Brenda Lee was a very hot recording artist, who was coming up to record in a few weeks,” Montgomery explained to Now Dig This. “I was trying to come up with something for her and then I wrote ‘Misty Blue’ in about 20 minutes. It was a gift and it was perfect for her, but she turned it down. (Laughs) Her producer Owen Bradley loved the song and as he couldn’t push her to do it, he cut it country on Wilma Burgess. I was disappointed at the time because Wilma wasn’t as hot as Brenda Lee, but it was a Number 1 country record so everything worked out fine. Eddy Arnold then cut it and he had both a Number 1 country single and a pop hit, and Joe Simon had a big R&B hit with it. Dorothy Moore cut the really big version and then it was a country hit again, this time for Billie Jo Spears. There are over 200 versions of ‘Misty Blue.'”

He also wrote “Wind Me Up” for Cliff Richard, “Two Of A Kind” recorded by both Roy Orbison and Sue Thompson, as well as songs by Bob Lunan and Mel Tillis. Along with being recorded by Patsy Cline, “Back In Baby’s Arms” was also the title track to Connie Smith’s 1969 album.

In 1966, Montgomery became a staff producer for United Artists and worked with performers such as Bill Dees, Johnny Darrell, Buddy Knox, Del Reeves and Earl Richards, and later founded a publishing house in Nashville called House of Gold. “Publishing and producing have been my best areas,” Montgomery said in 2003. He produced the hit “Honey” with Bobby Goldsboro, published the song “Behind Closed Doors” by Charlie Rich, produced music from Marty Robbins later in his career, and the final album pairing up Waylon Jennings and Willie Nelson called Clean Shirt in 1991.

Later Montgomery fell out of favor with the country music business, saying, “It’s been a lot of fun and if something comes along that sounds exciting, I will do some more, but I haven’t heard anything lately that interests me. Country music has gone to hell in a hand-basket and the business is not what it was. I would hate to be starting out in the music business.”

“He was a good man,” son Kevin Montgomery posted on Facebook about his father Thursday afternoon. “Thanks Dad for pitching baseball with me”¦”¦”¦meant a lot. You left a mark on this world. Just turn on your radio…best listened to on AM dial…driving “Down the Line” on some highway where AM is the only option. Sleep well, Dad. We’ll miss you”¦”