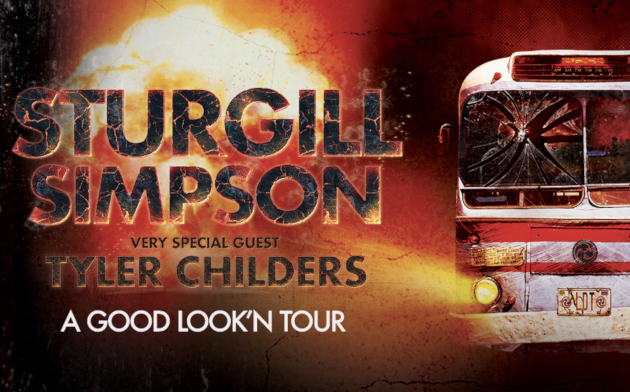 Presale demand for the upcoming Sturgill Simpson / Tyler Childers A Good Look’n Tour has been so robust that additional shows have been added to the schedule, with the possibility of even more coming in the future. Dates in Knoxville, Asheville, Detroit, Minneapolis, and even Nashville have been doubled up ahead of the official release of tickets to the general public on Friday, November 8th. Posting two dates at the Bridgestone Arena in Nashville puts this tour pairing in very rare company.

The sale of tickets via Ticketmaster’s Verified Fan program commenced on Tuesday, November 5th, with some fans commending the program, and others complaining they either couldn’t get tickets, or the system seemed rigged against them. Tickets appear to be ranging from between $50.00 to $100.00 in face value depending on seating and venue, with many fans saying they entered the presale ticket cue as quickly as they could, only to find hundreds, or even over a thousand people ahead of them in line.

Another question some fans have is if Ticketmaster’s Verified Fan program was supposed to keep scalpers at bay, why have tickets for every stop and in almost every price tier in each venue already been posted to reseller sites such as StubHub and Vivid Seats? Unlike the tickets for the teaser club shows Sturgill Simpson performed in late September and early October, tickets are still electronically transferable through their Verified Fan program, and fans won’t have tickets tied to their names upon purchase.

There was some question of whether the tour pairing of Sturgill Simpson and Tyler Childers would be able to fill the type of larger arena-sized venues that were revealed on the tour calendar. Perhaps this still may be a concern for certain markets. But for now, promoters are trying to ramp up to meet demand as opposed to worrying about supply. Only names such as Luke Combs, Kenny Chesney, and Blake Shelton have previously needed to add second shows at Nashville’s Bridgestone Arena to accommodate fans. Perhaps this tour pairing is even bigger than the initial hype led us to believe.

The new dates are: