Surgeon General: Country Rap a Cause of Obesity 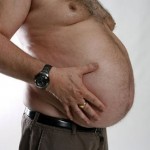 Over the last year, the emergence of rapping in some country songs and the sub-genre of “country rap” has caused quite a stir in the country world, with traditional country fans angry over the attention being given to songs like Jason Aldean’s “Dirt Road Anthem” written by country rapper Colt Ford. Well now a new unlikely character has entered the debate, the Surgeon General of the United States.

According to the Surgeon General’s office, an extensive study by the Centers for Disease Control has determined that country rap is a Class 1 cause of obesity, especially in adult white males. Apparently the data from the study is so conclusive and alarming, the Surgeon General is considering pursuing heath warnings on country rap albums. 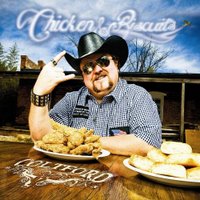 “Apparently to be involved in country rap, you have to be very white, and very fat.” explains Diane Frankenfurter, spokesperson for the Surgeon General. “Many of these country rap artists like Colt Ford and The Moonshine Bandits include what are referred to as ‘laundry list’ lyrics in many of their songs, promoting a very high fat, high cholesterol diet of fried chicken, cornbread, biscuits, and high calorie ‘ice cold beer.’ Obesity can lead to illnesses such as heart disease and diabetes, as well as a higher risk for certain cancers. It is important that consumers are made aware of the risks involved in the use of country rap.”

Apparently country rap fans can start to experience massive weight gain after only a couple of weeks of consuming the genre mixing music.

“I was a svelte 160 until I bought a copy of Colt Ford’s Chicken & Biscuits about 6 months ago.” says West Memphis, AR resident Donald Hastings. “Now I can’t see my feet to tie my shoes, and have to use one of those electric carts to get around Wal-Mart.”

The Surgeon General’s office says that warnings on packaging could look very similar to warnings on cigarettes, but may include actual photos of country rap artists to illustrate what could happen to consumers if they consume too much country rap. If the government is unable to obtain the rights to use the likeness of Colt Ford, they may use the next best representation of the obese, pear-shaped body: the popular Ronald McDonald Land character “Grimmace.”