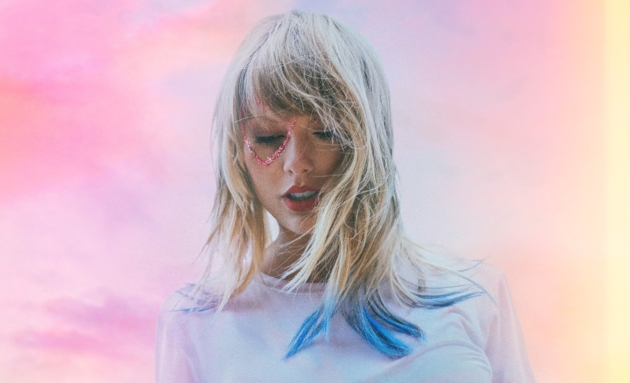 “What is this?!? Taylor Swift ain’t country, and the Dixie Chicks are commies!”

Yeah yeah. Roll off it. We can be adults here and discuss a Taylor Swift song if it’s deemed interesting or necessary. And in the case of  “Soon You’ll Get Better,” there are a few interesting country music tie-in’s worth discussing, including the song probably being one of the most country of Taylor Swift’s career, at least since her 2010 album Speak Now and the Grammy-winning “Mean.” Sure, that’s still not a very strenuous benchmark to clear, but it almost makes you a little misty and nostalgic for the days when Taylor Swift was the most non-country thing that country fans had to suffer through.

Taylor Swift is a pop star now, and unlike the pure pop stars masquerading as country performers these days, her honesty about the matter affords her a lot more respect. It’s probably still a stretch to call “Soon You’ll Get Better” a country song. It’s more of a stripped-down and acoustic folk-style pop art track that makes for a quality album cut. Could she release it to country radio? Yes she could, and it would immediately become one of the most country-sounding singles on the format, and would be more country than the single “New Years Day” she shortly dangled in front of country programmers a few years ago before letting it fade.

Though Taylor Swift is like a factory for vapid radio singles, attentive listeners have always known she can pen a pretty great tune when compelled. Swift may be the most powerful pop star in the entire world, but even she can’t insulate herself from the scourge of Cancer touching the most inner circle of her family. All the money and fame in the world can’t eliminate a malignancy metastasizing in any of us at any time, and resign even the strongest of us into a nervous blob full of fear and trepidation. Our shared mortality is the great equalizer.

It’s the little details in the writing of “Soon You’ll Get Better”—the orange medicine bottles and sense of helplessness that make the song so potent for many who’ve suffered through similar situations, or know someone who has. Cancer is especially cruel in the way it smolders under the surface and elongates it’s suffering. Even if and when it’s gone, it’s lingering memories and effects result in an eternal fear for the rest of our lives. Swift encapsulates this in a way you can palpably feel in “Soon You’ll Get Better,” while also straining to express a sense of hope through all the consternation, not just for the patient and the audience, but for herself.

Of course Taylor Swift, the Dixie Chicks, and country and pop music at large have been swept up significantly into the expanding culture war roiling every sector of American society. Swift has gone from the demure teen country star shying away from controversy to seeking it out. Though there’s absolutely no reason to not take Swift’s stances as sincere, it’s also patently obvious there’s a marketing component behind many of them. Taylor Swift has every right to own her masters (or say what she wants), but it’s hard to see her as a victim of evil men when she’s the highest paid entertainer in the world. This isn’t Cancer. One of the great things about “Soon You’ll Get Better” is it feels natural, and personal, not exploitative or opportunistic like some of Swift’s recent off-the stage moves.

What’s all that got to do with “Soon You’ll Get Better”? Absolutely nothing, aside from the fact that some will react negatively to this song regardless of the power within its passages simply due to political acrimony. And that’s a shame, because that stuff should always try to be shelved in the music experience, by both fan and artist.