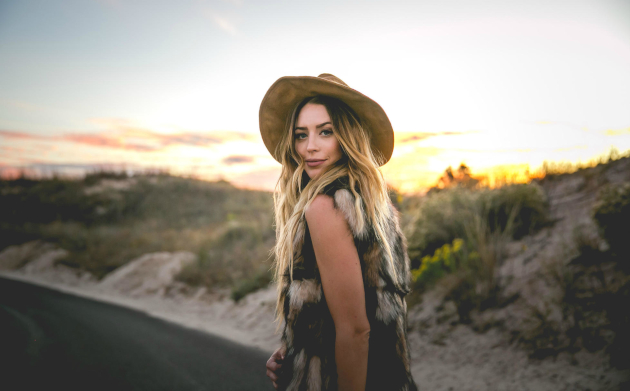 Mother, designer, and one of the most revered songwriters, performers, and women of Texas country music has tragically passed away. Kylie Rae Harris died in Taos, New Mexico Wednesday night (9-4) in a three vehicle crash on State Road 522 near Milepost 1. A 16-year-old also passed away in the crash, while the third driver was uninjured. Harris was in the northern New Mexico town to play the Big Barn Dance in Taos Thursday (9-5). She was 30-years-old.

Originally from Wylie, TX near Dallas, her family would regularly take trips into the east Texas pines where she was exposed to the strong songwriting of Texas performers such as Radney Foster and Jerry Jeff Walker, falling in love with the music at an early age. By the age of 12, she professes knowing that music is what she wanted to do with her life after singing in the church choir, and she wrote her first song when she was 14. From there Kylie Rae chose to pursue a career in music head on, for better or worse. It went worse when she fell into an abusive relationship, but she extricated herself from it to become a highly revered songwriter and performer in Texas and beyond.

“Music has always been in me,” Kylie Rae Harris was quoted as saying in one of her early press releases. “I have to do it. This is all or nothing for me. I’m going to be writing and singing music the rest of my life whether I’m broke or not so I might as well go for it.”

With strong songwriting influences such as Walt Wilkins and Patty Griffin, Kylie Rae Harris released her first EP Taking It Back in 2013, putting her on the radar of Texas music that is often criticized for not including enough women. Off the strength of this release, Harris won the 2014 Female Vocalist Of The Year from the Texas Regional Radio Music Awards. Then her career took a pause when she gave birth to her daughter, which also became the inspiration for what many believe was her best song, and one of the best songs released so far in 2019 called “Twenty Years From Now”—a song that is gut-wrenching to listen to now after the news of her passing.

“Twenty Years From Now” appears on Kylie Rae Harris’s most recent, self-titled EP released on March 29th. It came after a period where she moved from Texas to pursue her musical dreams, then moved back to Texas, and was finally finding her place in the music world. She had recently been working with highly-regarded manager Alex Torrez, and was looking to take her career to the next level.

A few hours before Harris passed away, she posted a very touching Instagram story about Taos, NM, and her life. “I’m alright, I look a mess. It’s because I’ve been crying. It’s a good cry. I just got to Taos, NM. But for those of you who don’t know, I spent the last 20 years of my life coming to Taos with my dad, my sisters, my grandparents lived here, my uncle still lives here. Literally everybody that was here has passed away, except for my uncle, including my dad. Driving these roads today—I’ve been driving for 12 hours—you would think that’s so exhausting and boring … And remembering my place in the back seat, and I started getting really sad…”

Kylie Rae Harris is survived by her six-year-old daughter, Corbie, and extended family.

A GoFundMe Page has been set up for Kylie Rae’s final expenses, as well as a college fund for her daughter Corbie.

Needless to say, we have a huge hole in our hearts right now. We knew our Kylie made a big impact on those around her, but I don’t think we could have fathomed how many people loved and truly cherished her. There will be several services and memorials, but her closest friends would want to come to the church service in her home town. We are tentatively scheduling that for Wednesday the 11th at 2:00 at the First Baptist Church in Wylie [Texas].

There will be many opportunities to honor Kylie in a musical venue as well, so we’ll be sure to keep everyone posted on that. Please understand that we’ve never been a big fan of GoFundMe pages, but I believe that there will be several benefits for Kylie’s precious 6-year-old daughter Corbie, as Kylie, like most musicians, did not have assets or life insurance. Please know that this little girl will have tons of support from her family, though, so please don’t worry about that.

Our hearts go out to the family of the 16-year-old girl who also died on the scene of the accident last night in Taos.