Trigger Down with Pop Country 55 Comments 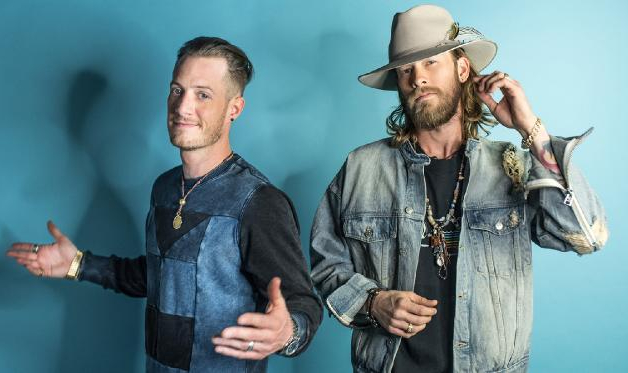 If you’ve ever doubted the existence of a higher power, or the ability in all of its supreme benevolence to summon the forces of nature and impose its will upon the crust of the Earth, perhaps you now have a reason to hit your knees. Not that you were planning on going to the inaugural Florida Georgia Line Fest ahead of the running of the NASCAR Brickyard 400 at the Indianapolis Motor Speedway on Saturday if you have any taste, or that it was even on your radar. But as a true country music fan, it’s hard to not find a little satisfaction in the fact that the entire damn thing got washed out due to torrential rains.

Not really sure why they needed to cancel the FGL Fest though. They could have just let the Florida Georgia Line fans launch their douche canoes in the flooded infield while covered speakers blasted pre-recorded Florida Georgia Line songs out over the crowd. That’s basically what ticket holders would have received anyway, sans the pair prancing around on stage in $700 custom-ripped jeans lip-syncing, or singing their insipid garbage through an Auto-tuner.

Preliminary reports out of Indianapolis of why God was so pissed that he sent a flood down on the pestilence that is Florida Georgia Line’s music say it probably has to do with the duo booking washed-up rapper Nelly on the lineup despite three open claims against him of rape and sexual harassment.

All the hypocrites in country media calling for the protection of women in the genre stayed curiously mum on that subject, and now the Indianapolis Police Department has to procure a place to store all the extra rape kits they ordered in preparation of Nelly and Florida Georgia Line’s fans arrival in town. Meanwhile Blake Shelton Stans are trying to figure out how to blame the festival cancellation on Miranda Lambert.

That makes 2018 in country music o for 2 with its worst artist-curated festival events going off without a hitch. Sam Hunt’s stupid all-genre “Nashional” festival in Music City also got 86’d earlier this year due to poor demand. Can’t blame God for that one, though we all know that the Almighty in all of his infinite wisdom is for the preservation of the roots in country music, and has been a huge Cody Jinks fan since he released Less Wise.

Anyway, here’s for little miracles, like the inaugural Florida Georgia Line fest being a no go.