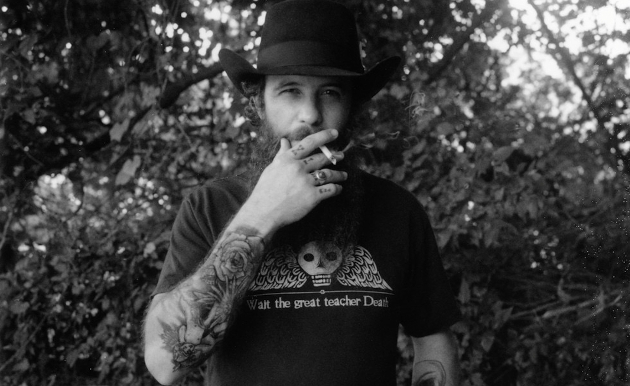 The remarkable grassroots ascent of Cody Jinks continues, and has just set yet another milestone. As much of the media appears clueless to the completely-independent groundswell the Ft. Worth native has created around his music, Cody Jinks is quickly accumulating the type of crowd numbers and accomplishments reserved only for the very top flight of independent artists, and that many upstarting mainstream acts would love to achieve.

In recent years, concerts at The Ryman Auditorium in Nashville have become an important bellwether for just how well a band or artist is doing in the grander scheme. Also known affectionately as the Mother Church of Country Music for hosting the Grand Ole Opry for many years (and it still does sometimes in the winter), trying to fill the 125-year-old landmark with its 2,362-seat capacity is one of the biggest tests a country music artist can take. Can they sell the building out? Can they perhaps do it on multiple nights?

Well Cody Jinks just did it two times over. Filling the first night to capacity on Friday, October 20th, and doing the same for his Saturday, October 21st show, that’s an accomplishment that should put him on the radar of many in the very heart of Music City. Where many 2nd tier Nashville mainstream stars would love to fill the Ryman to capacity even once, a non Nashville native whose center of gravity is the Texas scene is doing it back to back. Regular touring compadre Ward Davis and singer/songwriter Sunny Sweeney were the openers for the sold-out shows. Whitey Morgan and Jamey Johnson also made an appearances on stage.

Last year about this time, Cody Jinks sold out multiple shows at Nashville’s mid-sized 3rd and Lindsley venue, setting the table for this important Ryman run. Meanwhile Cody Jinks is headlining festivals and selling out shows all across the country, and doing it without the help of mainstream radio. Instead he’s assembled one of the most fervent grassroots fan bases in all of American music by releasing quality records and songs, growing his base through social media, and often showing up to personally greet and hang out with his fans before and after shows.

On Wednesday, October 4th, another Texas country artist, Aaron Watson, played The Ryman to a capacity crowd, and transformed the show into a hurricane benefit. On his way up the ranks, Sturgill Simpson played some pretty legendary sold out shows at the Ryman as well. Jason Isbell, who is a Nashville resident who’s played The Ryman many times before, sold out an incredible six-night residency at the venue recently. But to see someone like Cody Jinks blow in from Texas and pull off the twin sold-out feat is pretty incredible, and is another marker on his remarkable ascent.