“That Thing, That Sound” Doc Looks to Revitalize Interest in the Steel Guitar 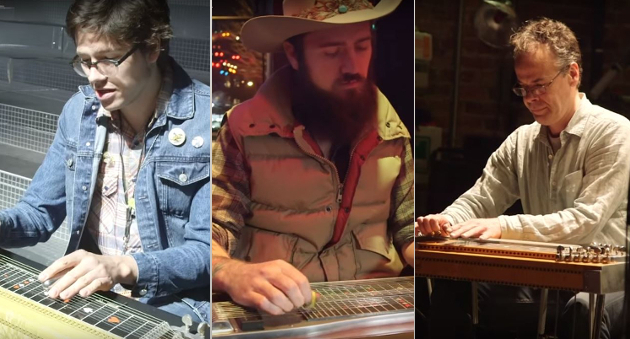 Cinematographer Kelsey Hammer-Parks and music journalist Nathan Emerson have set out to create a new documentary about a dying music instrument and those trying to save it. That Thing, That Sound is a musical documentary on the steel guitar—often a topic of discussion when the talk turns to the dying roots of country music.

What used to be a mainstay in country music and is recognized by country fans and non-country fans alike as an essential element to the music, has now all but disappeared from commercial country. But there is still a strong appeal for the lonesome moan of the steel guitar in many independent country fans and their favorite artists, as well as bigger stars like Miranda Lambert and Garth Brooks who still feature the steel in their music. 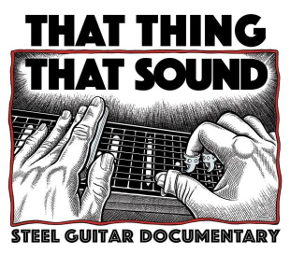 That Thing, That Sound includes appearances and contributions from a virtual who’s who of the steel guitar realm at the moment, including Zachary Moulton of Mike and the Moonpies, Spencer Cullum Jr., previously of Caitlin Rose and now the steel player for Miranda Lambert, “Cowboy” Eddie Long from Jamie Johnson and Hank Williams Jr., Rose Sinclair from Wayne “The Train” Hancock, the legendary Buddy Cage from New Riders of the Purple Sage and Neil Young, Brett Robinson from Whitey Morgan and the 78’s, Neil Flanz from Gram Parsons and Emmylou Harris, and Paul Niehaus from Justin Townes Earle and Calexico.

“The steel guitar is rare in recorded country music but it is even more rare in a live setting,” says That Thing, That Sound‘s Nathan Emerson. “The film is to educate and inspire a generation that is unfamiliar with the steel guitar.”

To help with finishing the film, an Indiegogo campaign has been launched. Though Saving Country Music doesn’t normally endorse or promote crowdfunded projects until they’re in post production unless the aim is altruistic, the plight of the steel guitar is one that this film and its goals are worthy of the cause.

A teaser video can be seen below.