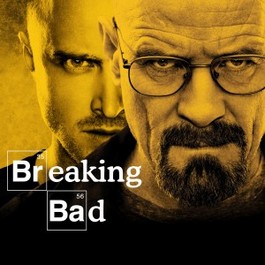 The first song to ever be featured on Breaking Bad was a classic country tune by Stonewall Jackson, and the finale prominently featured Marty Robbins’ country classic “El Paso.”

They may not play real country on the radio anymore, but there’s many different ways you can skin a cat. As popular and critically-acclaimed TV series like Breaking Bad breathe new life into television, they have become an invaluable market for showcasing quality country and roots music from the past and present. From legends of country like Stonewall Jackson, Conway Twitty and James “Slim” Hand, to cool independent roots acts like the Be Good Tanyas and Left Lane Cruiser, the creators of Breaking Bad delivered quality music to a wide audience.

Here are 10 great country and roots songs featured in the Breaking Bad series, in order of when they appeared.

Stonewall Jackson, “Come on Home and Have Your Next Affair With Me”

From Season 1, in the pilot episode, it was the first song showcased on Breaking Bad.

The Be Good Tanyas, “Waiting Around to Die”

The Canadian trio’s take on the very first song Townes Van Zandt ever wrote was showcased on Episode 3 of Season 2, “Bit Like A Dead Bee.”

Featured in Season, 2, Episode 8 entitled “Better Call Saul,” the instrumental was first featured in the soundtrack for the movie Sprout in 2004.

The Marshall Tucker Band, “Heard It In A Love Song”

Arguably the Southern rock band’s signature song from 1977, it found its way on to Season 2, Episode 10

The Southern rock 10-minute epic from 1975 was featured in Season 2, Episode 12 entitled “Phoenix.”

Conway Twitty, “I Can’t Believe She Gives it all to Me”

Written by Conway and released on his 1975 album Play Guitar Play, it became Conway’s 18th #1 hit. It was featured in Season 4, Episode 8 playing in a diner.

From James Hand’s 2006 album The Truth Will Set You Free, the song from one of the last authentic Texas troubadours was heard on Season 4, episode 6 playing in a diner.

Featured in the series finale and considered seminal to the message the show’s creators were trying to convey, Marty Robbins’ classic “El Paso” helped put a period on the Breaking Bad phenomenon. The final episode was also entitled “Felina,” which is the name of the girl in “El Paso.”