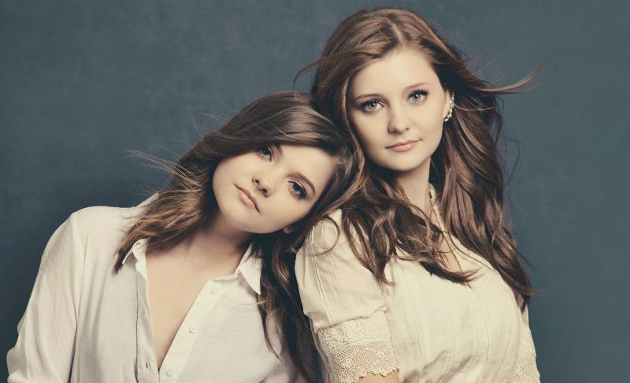 Since the tender age of 11, fraternal twins Sarah and Savannah Church from the coal mining region of Dickerson County, Virginia have been spellbinding listeners with their close sister harmonies evoked in classic bluegrass and gospel arrangements worthy of consideration right beside the all-time greats of the discipline. As always with performers of such a young age, it’s not just the talent, but the imagination stoked in the listener as to where these promising artists could go that give fans an enhanced sense of ownership in their careers, and hope for the future of music.

Of course the execution of the aspirations of young artists is another matter, especially in a musical environment where talent is often as much of a burden as an asset, and the disposition of being malleable to the desires of labels and the industry is often what’s most imperative to success. There may not be any more awesome of a challenge a performer faces in their lives than transitioning from prodigy to professional musician. It may be more advantageous for musicians to hold off playing music until their twenties simply to avoid the exercise. Inherently the marvel that propels a prodigy’s initial appeal wears off with age, and it soon becomes time to prove the presence of the type of originality that making music as a full time profession necessitates.

For The Church Sisters, signing with Big Machine’s Valory Music imprint could have either concluded in an infinite blessing from one of the biggest labels in the business, or a catastrophic career-long curse from the lack of creative freedom and attention. We have seen both outcomes in the near and far history of country music. Classic and traditional artists mixing with mainstream labels has often resulted in less than ideal results for artist, fans, and labels alike. It is always a risky proposition to say the least, while the grassroots of an Americana label and a more sustainable career track is often more suitable, even if this limits the artist’s ceiling in the short term.

The Church Sisters also came along at a time when Big Machine CEO Scott Borchetta’s eyes grew bigger than his infrastructure, eventually having to close Big Machine’s Dot Records imprint due to the glut of projects being championed (or ignored) by the label. At 18-years-old, the sisters signed a developmental deal with Big Machine, and roughly a year later they were brought on as full-blown artists for Valory Music. A traditional act of two singing sisters was now signed to the same imprint as Brantley Gilbert and Thomas Rhett, fighting for attention for their music with arena acts.

A debut single called “7 Years” released nearly two years ago rendered any prospective on what we could expect from The Church Sisters’ debut record inconclusive. At some point the sisters were paired up with well-known producer Julian Raymond who’s been a favorite around Big Machine, working on recent projects from Hank Williams Jr. and Glen Campbell. He also regularly works with Cheap Trick, who are signed to Big Machine as well.

The big question heading into the debut album was if The Church Sisters would be allowed to develop the more traditional sound of their early career, or be slotted in a more contemporary direction in hopes of more commercial applications for their music. Ultimately the result of their major label debut A Night At The Opry is a little bit of both, but in a way that achieves positive results. The album starts off with a very depression era-sounding slow Gothic ballad. No, this is not a live album, which may confuse some when when looking at the cover. The title track is more a deft allusion, and a really tasty way to open this record. 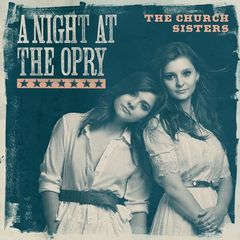 A Night At The Opry is packed with quality songwriting, stirring performances from The Church Sisters, and enough steel guitar to consider it a traditional country record, even though as you could expect for a record from the Valory Music Co., it veers into the contemporary upon occasion, though never in a way that completely disrespects the roots.

What’s initially striking about the record is how personal it feels to the two sisters. The album tells their story of going from young musicians traveling to perform since the age of twelve, to now trying to make it on the streets of Nashville without being gobbled up, or losing touch with their ideals. The rigors of the heart that mark young adulthood are also present, as are the tests of faith the modern world presents for the devoted. A Night At The Opry offers a narrative relevant and appealing to a younger audience, yet without pandering to it like so many of today’s “country” efforts, while also conveying something an older audience can find appeal in.

Even though this record feels very personal, it wasn’t composed by The Church Sisters. Instead, it was producer Julian Raymond who wrote four of the most personal-feeling tracks on the album, almost as if he took the actual stories of the sisters, and was able to communicate it better than they could. This might come across as a strange, or almost an impinging methodology to give a producer such a heavy hand in the creative aspect of this record, but it also results in arguably the album’s best material, from the opening title track, to the fiercely traditional “Starting Over,” the emotionally-stirring “Pearly Gates,” and the way-more contemporary, but still quality of “Exile on Main Street” (no, not a Stones song).

Lori McKenna also contributes a song, as does Maren Morris. A couple of songs come from Jill Andrews, including another one of the album’s top tracks, “I’m Free.” Producer Julian Raymond’s decision to employ electronic drums on “Exile,” as well as “Growing Up”—contrasting with the otherwise organic nature of A Night At The Opry—will be the record’s most controversial element. One can only guess how the sisters felt about this approach, but to characterize the album as a battle between influences or approaches seems excessive. This is a traditional country record from a mainstream label that endears itself to a contemporary audience with occasional sensibilities. It’s done well, though it’s fair to ask if an act like The Church Sisters would ever get a shot at radio anyway, so why not let them exist in their native element?

This brings us to the biggest concern for A Night At The Opry, and it has nothing to do with the approach or execution, which overall results in an enjoyable, and at times inspiring effort from a promising sister duo who aside from a few caveats seems to have navigated the troublesome waters of Nashville and the transition from prodigy to professional admirably. The Church Sisters have released a record that should be receiving worthy acclaim for its quality, maturity, and appeal across audiences, and the country music community should be welcoming them as a needed element of women voices carrying country sentiments to a new generation.

But instead, nothing is being said about A Night At The Opry, and not just in the figurative sense. Aside from a brief press release disseminated from the Valory Music Co. on Friday, May 25th when this album was released, and dutifully picked up by a few scant outlets, there has been absolutely no press push, no interviews, no features, or even mentions by country music’s major or minor outlets of The Church Sisters or this album. It’s like A Night At The Opry doesn’t even exist in the minds of the industry. And being released right before a holiday weekend, it had no chance.

All the rhetoric about supporting young women in country music, all the outlets such as Rolling Stone Country who troll fan bases with unnecessary weekly and monthly lists about supposed “new” artists and new songs in “country” only lending to the cluttered nature of today’s music landscape, and not even a single mention of The Church Sisters who just released a quality record on a major label has been bestowed. Granted, this isn’t just the fault of the press. Valory Music appears to be asleep at the wheel when it comes to this project.

Going ignored is one of the concerns of dealing with a major label. If the music doesn’t show big commercial appeal, resources get diverted from it to the point where you’re not benefiting from the muscle of a major label, you’re getting squeezed by it. And then if the project doesn’t sell through well, they blame the artist. Big Machine hasn’t even made any physical product for the album available online—something especially hurtful when you have an older grassroots fan base like The Church Sisters.

Despite the name of this record, The Church Sisters haven’t even been bestowed an Opry spot—something Big Machine could pull off with a simple phone call if they had a sincere passion for promoting this artist. Instead, the closest The Church Sisters have come to the Opry is opening from Brian Setzer at the Ryman. A Night At The Opry still remains a dream for The Church Sisters, which imbibes this project with even more real world appeal.

As we know, the uphill climb for traditionalists and females in the mainstream these days is borderline insurmountable. But there are avenues, as we’ve seen with Chris Stapleton, Midland, William Michael Morgan, and others. But they most definitely won’t open up if even the most minimal amount of effort is not expended. And in the case of The Church Sisters and A Night At The Opry, it would be well worth it from the quality of this work, the respectful and pragmatic efforts of producer Julian Raymond, and the inspiring efforts from this sister duo.

Purchase A Night At The Opry