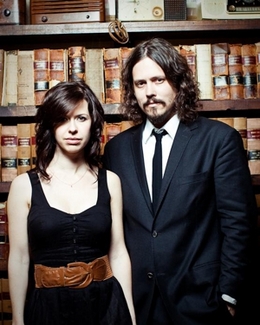 At the 2011 South by Southwest Festival in Austin, TX, I found myself standing smack dab in front of a stage at the airy Swan Dive venue on Red River Street, watching The Civil Wars do their worst. It was one of those instances where the engagement was booked months before the band blew up, and now they were playing a show many times smaller than their standing in the musical world. The duo’s songwriting and singing prowess was undeniable, and still is. Their performance was flawless. They hung on each other’s notes like they had been singing together since birth—John Paul White looking strikingly like Johnny Depp, no doubt making the ladies in attendance swoon, and Joy Williams with her dark eyes and her voice rising like an angel. They were perfect.

Too perfect in fact. And despite being admittedly impressed, after they sang a version of Michael Jackson’s “Billy Jean” (that even this country critic must admit is an underrated composition from an artistic standpoint), I unsheathed my 1st generation smartphone to declare to the world through the vessel of Twitter they they were the Steve Vai of singing, and smacked of a trend.

Of course my stupid little opinion didn’t stop The Civil Wars from going on to win two Grammys, and selling half a million copies of their album Barton Hollow… despite the 3 retweets my little Twitter tirade got.

But now it is August of 2013, and by all accounts, The Civil Wars latest, self-titled album will be the duo’s swan song. Certain undisclosed, but publicly acknowledged irreconcilable differences have officially split the project in two, and almost kept this album from seeing the light of day altogether. Insert your ironic quip about how a band called “The Civil Wars” ended in tumult here. Though this result was likely not from trends as I’d opined early, and more from the duo burning too bright, there’s still this business of 12 new tracks that they’ve released into a world they once conquered as the one band of substance that would get recognition from the CMA Awards; an Americana super-project if you will that could deliver some artistry into mainstream channels.

Since we know roughly half of this album was recorded before Sherman burned Atlanta, and roughly the other half after Appomattox, a fun party game could be going through the track list of The Civil Wars and choosing which songs were recorded when. When listening to the album, it is somewhat easy to convince yourself that Joy Williams enjoys the lion’s share of the spotlight compared to the balance of previous projects. Though John Paul White gets his licks in, reading into the body language and other little hints in the run up to this release, White seemed to be the one who could take or leave The Civil Wars, and Joy is the one clinching to the past extravagances the band reveled in like a jilted Scarlet O’Hara. 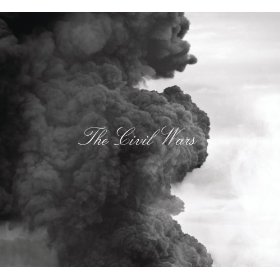 And can we even enjoy music that relies so much on the intimacy between the two performers when we know they hate each other, especially when it is so easy to find things to hate about The Civil Wars to being with? They over sing about their overindulgent emotionalistic themes. They sound like music for someone richer than you, no matter what your personal wealth is. They need some dirt thrown on them…whatever. But still none of this seems to ever completely compromise the caliber of this duo’s fiery, raging talent.

Even if you cue up this album wanting to hate it, you can’t help but marvel at what Joy and John Paul accomplish, especially in lieu of the standing feud. Though the duo’s singing is stellar, they didn’t come together as choir partners, they came together as songwriters, and many of this album’s songs speak to their refined style of composition, and their fearlessness in mining to the very depths of emotion. This is all then complimented with all the vocal labors and the production provided by pianist extraordinaire Charlie Peacock. When listening to this album, you wonder why The Civil Wars were ever classified anything close to country, or even roots or Americana, when really they touch much closer to a waxed-dripping candelabra version of some short-form classical format.

I wouldn’t call this album dirty, but it is certainly very stormy. Possibly listening to some of the criticism of their perfectitiude, numerous times in this album, very unsettling overdriven guitar is used, like at the very beginning of the one Rick Rubin-produced track on the album “I Had Me A Girl.” Most of the textures used in this album are dark, and so are many of the themes. “Devil’s Backbone” does quite a superb job making a soundtrack to the pursuit of sin embedded in a dark sense of loyalty, while “From This Valley” is the quintessential Civil Wars track showcasing spellbinding vocal acrobatics that can be both mesmerizing and off-putting all at the same time.

When you get a certain way into “Disarm,” you realize you’ve heard this song before, and it was by the Smashing Pumpkins. “Sacred Heart” seems a little over-indulgent, with Joy Williams over-enunciating lyrics in French, with the microphones embellishing every little inflection, and leaving whatever story the song is supposed to convey behind.

But The Civil Wars is still quite the audio accomplishment, despite the polarizing effect their approach to music has become for the public, and apparently, for the duo themselves.