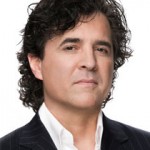 Ever since I first christened Big Machine Records owner Scott Borchetta as the “Country Music Anti-Christ” I have gone out of my way to stipulate one important positive about the way he does business and how it might influence his peers on Nashville’s Music Row. One of the core principles at the heart of Big Machine is to extend its artists creative control over their music, something that is unheard of from country’s major labels. From Taylor Swift and The Band Perry, to older country performers like Reba McEntire, Scott Borchetta let’s the artists call the shots, and this is one of the reason’s many of country’s mainstream artists want to be on his label.

But all of that might have just changed, and that change may change the way the whole country music business conducts itself because of the hyper-attention Scott Borchetta’s actions are given by the rest of the industry.

Taylor Swift’s blockbuster album Red includes three songs co-written and produced by Swedish hit makers Max Martin and Shellback. Max Martin is the mother brain behind such awful pop acts as N’Sync, The Backstreet Boys, and Brittney Spears. The three songs on Swift’s Red that feature Martin and Shellback stick out like sore thumbs in an album that otherwise is still pop, but not the hyper-pop that is Max Martin’s signature. So why the wild discrepancy? The decision can be traced back to Scott Borchetta himself, who is listed as an executive producer on Red, a distinction not given to Borchetta on Swift’s last album Speak Now.

But as the process of making Red transpired, Borchetta interjected himself into the most critical decision: to bring Max Martin and Shellback into the project. Swift began making Red like all of her albums, with long-time co-producer Nathan Chapman. But when they turned in the title track on Red to Scott Borchetta, he was not impressed. This was when the idea was hatched to bring in Max Martin.

“I said, ‘You know, this song isn’t working yet.’ They both looked at me (Swift and Nathan Chapman) with a blank stare. The chorus isn’t elevating like it needs to. Where you’re wanting to take the song, it’s not going there. It needs a Max Martin type of lift.”… At that point Borchetta called Martin. Both Borchetta and Swift agree that it was a turning point for “Red”.

The lead single from Taylor Swift’s Red, “We Are Never Ever Getting Back Together” that was co-written and produced by Max Martin and Shellback has gone on to break many records for a country single. It exhibits the common Max Martin super-pop aspects that have put many of his songs on the charts. But what Taylor Swift and Scott Borchetta should ask is where are N Sync and The Backstreet Boys now? Though these bands and their Max Martin-produced songs enjoyed wild commercial success in their time, the shallowness of the compositions eventually eroded any longevity in the projects. As an artist whose been outspoken for wanting to be known for her songwriting and substance, teaming up with Shellback and Max Martin could be a slippery slope for Swift.

As for Scott Borchetta, it is clear that when it came to Red, he crossed that line between being a label executive, and an executive producer. And since it has already led to dramatic commercial success, there’s no reason to believe he won’t do it again.

creative control, Max Martin, producer, Scott Borchetta, Shellback, Taylor Swift, We Are Never Ever Getting Back Together