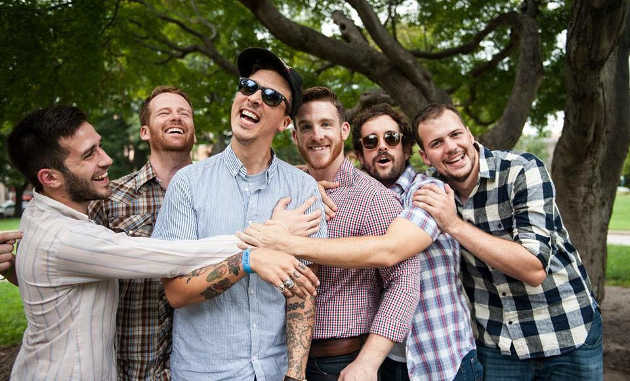 The American Aquarium lineup that most of its fans across the country and world have been used to seeing take the stage for some 10 years is no longer. This is the news coming from a series of posts on social media Sunday (4-2) ahead of frontman, singer, and songwriter BJ Barham addressing the breakup rumors officially, and gearing up to embark on a 53-show and 48-state solo run staring in May.

Lead guitar players Ryan Johnson and Colin Dimeo had already announced months ago that they were leaving the band, which began the concern from fans that American Aquarium was breaking up completely. Even though Ryan and Colin were cherished members, the nucleus of the North Carolina-based band remained in tact, especially long-time bass player Bill Corbin, drummer Kevin McClain, as well as pedal steel player Whitten “Whit” Wright. However on Sunday, it was announced in a private post on Facebook that these three members would be leaving as well. This stimulated BJ Barham to address the issue in a public statement.

As BJ Barham says, American Aquarium has had a revolving cast of members over the years, so a shakeup is not strange for the band. But the latest losses do seem to be the most serious in the band’s history. BJ Barham is steadfast, however, in saying that the American Aquarium name will soldier on.

“American Aquarium isn’t going anywhere. Like most things in life, band members change, however these songs and my dreams of playing them for folks every night do not. I’ve had to replace 20+ band members over the last decade and this time, although much harder, will be no different. If you’ve ever met me, you know that there isn’t an ounce of quit in me, so after my annual summer solo tour in May/June I will be hitting the studio with a new group of musicians to work on American Aquarium’s seventh full length record entitled ‘Things Change’ and will be playing full band AA shows throughout the rest of 2017 and into the new year.”

Barham also attempts to put to bed any rumors of what and how the latest resignations occurred.

“If you have anything negative to add, please keep it to yourself. Me and the guys are extremely positive that this change is good for all parties and would like it to stay that way.”

American Aquarium released their latest studio album Wolves in 2015, and a live album Live At Terminal West in 2016. Though from North Carolina, they are often identified with the Texas music scene, and have also one critical praise for BJ Barham’s songwriting. Their 2012 record Burn.Flicker.Die was produced by Jason Isbell.