The Damn Quails Call it Quits After a Hard Fought Run 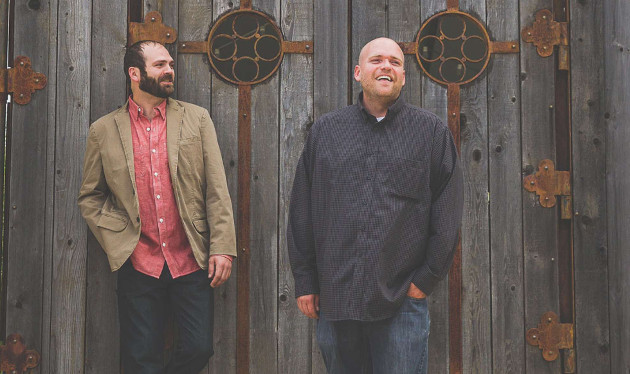 If you didn’t know any better, you would say that The Damn Quails were cursed. They couldn’t have found a warmer reception for their debut record Down The Hatch in 2011, and out of nowhere a new, promising band in Texas/Red Dirt music scene was launched. Primary Damn Quails members and songwriters Gabe Marshall and Bryon White built up a strong following of fans behind the music affectionately known as “The Covey,” and right beside acts like the Turnpike Troubadours and William Clark Green, you felt confident that the future of Red Dirt music was in good hands moving forward.

But almost as soon as The Damn Quails started to soar, debilitating problems beset the band and jeopardized its very existence, even as the outfit was criss crossing the country, building up fan support, and earning high praise. For two years, they were locked in a protracted legal battle with the management and label that released Down The Hatch called 598 Recordings. Founded by Oklahoma businessman Chance Sparkman and producer Mike McClure, the label set up shop in Nashville in 2011 with The Damn Quails as their primary act. But when the label imploded, The Damn Quails were not only out a label, they found themselves in a legal battle where the rights to their songs, their album, and even the name “The Damn Quails” was at risk of being taken from them.

During this time, the band also experienced some lineup changes behind Gabe and Bryon that probably didn’t help the situation, but they continued to soldier through. The band finally ended their legal troubles, and set out to release their much-anticipated second album Out of the Birdcage in September of 2015—funded totally from pledges from The Covey. Produced by David Abeyta of Reckless Kelly, once again the album received positive reviews, but perhaps the momentum from their big debut had subsided over the extended recording hiatus.

The Damn Quails were still alive and touring though, which felt like a victory all to itself. Then in March of this year, the strange story of their tour manager Colin Deyalsingh disappearing without any trace in Houston, and leaving all of his personal belongings behind had everyone on edge and fearing the worst. As people all across the country were on the lookout, spreading the word about the disappearance and running down leads, Colin Deyalsingh finally resurfaced in Colorado. He had left the band unexpectedly after suffering a breakdown. Colin was okay, but the story had once again taken the focus off the music of The Damn Quails, and on to the drama behind-the-scenes. If only the press and the public had been paying similar attention to the band’s music as they did the disappearance of Colin Deyalsingh, perhaps they would have seen more support.

“It is with a heavy heart that we tell you that The Damn Quails will be going on an indefinite hiatus effective immediately,” Gabe Marshall and Bryon White said Sunday, June 19th in a joint statement. “We have had an amazing run as a band, but right now we need to focus on ourselves and our own personal situations. Unfortunately, this makes it impossible to continue playing music and traveling as a band.”

It shouldn’t be lost that the decision was announced on Father’s Day. Through all of the other drama The Damn Quails have faced, they’ve also been tasked to try and keep their family lives in order—something that is already a tall task for touring musicians.

“We would like to thank each and every one of you for sticking with us for so long and through so many difficulties,” the statement continues. “We made two records that we are so happy you embraced and made part of your lives. We couldn’t have made “Out of the Birdcage” without your amazing support. We would also like to thank all of the promoters, buyers, and fans who made the live shows possible and so much fun. Finally, we would like to thank all of the players who graced the stage with us and were part of the Quail Philharmonic. You are all amazing. We don’t know what the future holds, but this is where we are right now.”

The story of The Damn Quails once again punctuates the importance of allowing bands, artists, songwriters, and all creative types the free flow and creative freedom of their expressions. Perhaps The Damn Quails were doomed from the beginning because of some undefined gravitational forces holding them back—it sure seemed that way at times. But the legal drama that leeched a lot of the energy, attention, and momentum from the band certainly didn’t help.