The Death of Wayne Mills – One Year Later 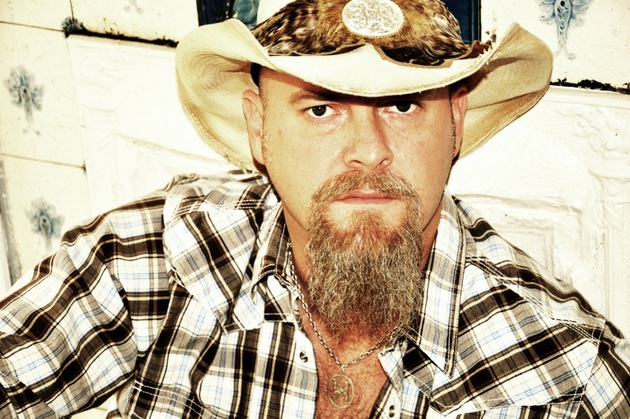 One year ago today, Outlaw country artist and songwriter Wayne Mills was shot in the back of the head at the Pit & Barrel Bar in Nashville, TN at approximately 5:00 AM after an altercation erupted with the bar’s owner, Chris Michael Ferrell—a friend of Wayne’s who was hosting an after hours gathering following a tribute concert to George Jones earlier in the evening at the Bridgestone Arena. Mills died later that day of his wounds in a Nashville hospital, and after a protracted investigation, Chris Ferrell was indicted by a Grand Jury on 2nd Degree murder charges. Ferrell is currently out on bond and under electronic surveillance ahead of his trial set to begin on March 2nd, 2015. Meanwhile many questions continue to linger about the circumstances of Wayne’s death as fans, friends, and family remember the fallen performer on this solemn anniversary.

A year has passed, and still very little makes sense, or even is known about Wayne Mills’ death. Early reports had the altercation starting over smoking in a non-smoking section of the Pit & Barrel bar that had recently been remodeled as part of the Spike TV reality series Bar Rescue, but later Ferrell claimed in a preliminary court hearing that Mills’ had come to the bar to “rob and kill” him—something that goes completely against the character of the songwriter who was known by many as a gentle giant. When Ferrell shot Mills, he did not do it from close range according to the autopsy report, which also revealed Wayne Mills had been heavily beaten, with bruises and cuts on every sector of his body and multiple broken ribs. Still, it was Chris Ferrell who initially called 911 after the shooting, and as his attorney says, he didn’t “run for tall weeds” after the incident, but cooperated fully with police, and turned himself in immediately when the indictment was handed down, insisting on his innocence.

The investigation into the death of Wayne Mills resulted in some very curious circumstances in itself. The police initially misidentified Wayne as another Nashville songwriter, Clayton Mills, and worked under this assumption for some ten hours into the investigation. This unfortunate error resulted in Wayne Mills’ widow, Carol Mills, confined to a hospital waiting room while her husband lay fighting for life behind closed doors that the staff would not let her past because they couldn’t confirm she was family. Meanwhile Chris Ferrell was able to come and go freely, and though Wayne was subjected to a toxicology test as part of his autopsy, it is still unclear if a similar test was done on Ferrell. And even if Chris Ferrell was acting in self-defense, why was a fatal shot needed, and one that was fired at a distance and from behind, meaning Wayne at the time was likely not in a position to pose a threat to Ferrell. Two guns were presented to police when they arrived on the scene, and later a private investigator hired by Ferrell found a second bullet embedded in the Pit & Barrel’s wall.

There were no direct witnesses to the Wayne Mills killing. Country performer Shooter Jennings and his manager Jon Hensley had left shortly before, and everyone else in the bar had filed outside amidst the altercation, leaving only Chris Ferrell and evidence collected at the scene as a way to piece together what truly happened, making the upcoming trial of Chris Ferrell all the more important. Beyond the fans, family, and friends of Wayne Mills who want justice, many in the music community and Nashville at large simply want answers of why a man died seemingly so unnecessarily.

Jerald Wayne Mills was laid to rest on December 8th, 2013 after a memorial service was held for him in his hometown of Arab, Alabama. A man who had been a friend and mentor to stars as far ranging as Blake Shelton and Jamey Johnson, and had left a vibrant legacy of songs and music was gone. Wayne Mills is survived by his wife Carol, and his young son Jack, and thousands of fans who were touched by his music.