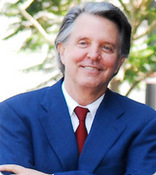 Saving Country Music started in the spring of 2008 as an organization called “Free Hank III” meant to help Hank Williams III who was suffering at the time from the repressive business practices of Mike Curb and Curb Records. From its inception, many perceived Free Hank III as a bunch of foul-mouthed yobs attempting to prop up a punk artist by over-zealously portraying Curb’s deceptive and dangerous business practices.

Now Mike Curb’s repressive stance towards artists and his sharky dealings with other labels is a given amongst the informed country music community, with his latest ploy being the release of a duets album from Tim McGraw two weeks before the former Curb artist is slated to make his debut on Big Machine Records.

But Hank3 and Tim McGraw are just the tip of the iceberg when it comes to Mike Curb’s draconian business dealings. Mike Curb’s rap sheet is long, so let’s take look at some of the most memorable Mike Curb wrong steps over the years. 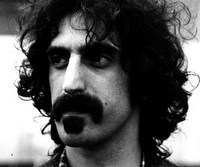 Mike Curb started his first record label Sidewalk Records in 1963 when he was 18. In 1969, Sidewalk merged with the ailing MGM Records, giving Mike a 20% stake in MGM and appointing him president. One of Curb’s first orders of business was to fire any artist that he felt advocated drug use, including Frank Zappa and the Velvet Underground. However neither Frank Zappa nor his music promoted drugs. He was one of the few clean artists in southern California in the late 60’s, often referring to drug users as “assholes in action.”

After working on the political campaigns for Ronald Reagan and Gerald Ford in the late 70’s, Mike Curb decided to enter politics and ran for Lieutenant Governor in 1978, winning despite no political experience and not even regularly voting in elections. While then California Governor Jerry Brown was out of the state running for President, Mike Curb used his executive powers to fiat through legislation and judicial appointments that Jerry Brown flatly disapproved of. Curb signed anti-crime legislation and appointed a controversial, ultra-conservative judge to the influential California Court of Appeals. Jerry Brown was a liberal Democrat, and had to rush back to California to rescind Curb’s actions. Mike Curb became so controversial, the California legislature created the “Judicial Nominees Evaluation Commission” to keep Mike from making any new judicial appointments. The Sacramento Bee editorialized that Mike “tried to take advantage of [the] situation by making a controversial judicial appointment, but mostly succeeded in making an ass of himself.”

Mike Curb vs. The Beat Farmers

Way before Mike Curb would bombard the country music public with incessant “Greatest Hits” releases from Tim McGraw (see below), or release albums with out the consent or knowledge of Leann Rimes (see below), he would pull the same stunts with San Diego’s offbeat country rock outfit The Beat Farmers. Signing a 7 album deal with Curb in 1986, the band first got sideways with the label when they found out Mike Curb authorized the release of a live album Loud and Plowed…And Live!! without the bands knowledge or consent. Then in 1993, after the band signed to Sector 2 Records in Austin, TX, Curb released Best of the Beat Farmers without the band’s knowledge or consent. The release nearly coincided with the band’s release of the album Manifold on their new label.

Mike Curb vs. MCA over “How Do I Live” Single 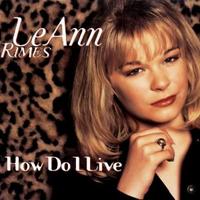 No, Big Machine was not the first label to be in a competing radio war with Mike Curb. That distinction falls to MCA. In 1997, MCA wanted to record the song “How Do I Live” for the soundtrack of the movie Con Air. LeAnn Rimes and Trisha Yearwood were the two artists tapped to contribute versions of the song, with Yearwood’s version eventually winning out because LeAnn Rimes’ voice was considered “too young” and her version “too pop.” When MCA released the Yearwood version on May 27th, 1997, Mike Curb in retaliation released Rimes’ version on the same exact day–a total contradiction of one of Music Row’s most hard and fast unwritten rules. Rimes was a Curb artist, and Mike Curb had a long-standing beef with MCA. The result? Neither version ended up making it on the soundtrack. Yearwood’s version did well on the country chart while LeAnne’s version stalled. So Mike Curb released LeAnne’s version to pop radio, where it set a record 69 weeks on the Billboard Hot 100. 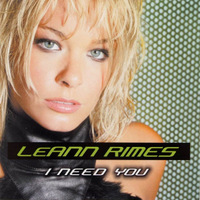 LeAnn Rimes was also in the middle of Mike Curb’s first major record dispute. In 2001, Rimes was working heavily on the movie Coyote Ugly, both playing herself in the film and contributing to the soundtrack. Instead of the current Curb practice of delaying the release of albums to keep artists under contract indefinitely, Curb had a stipulation that LeAnn Rimes had to release at least one album per year. Since LeAnn hadn’t recorded an album yet in 2001, Curb cobbled together various B sides and alternate versions to songs and released it as an album called I Need You. Curb then booked LeAnn on a nationwide tour to promote an album neither LeAnn nor her management being asked for permission to make or even notified about until right before the release. So LeAnn decided to fight fire with fire, using the nationwide tour to instead let the public know she did not support the release, including a very public admonishment of I Need You on The Tonight Show with Jay Leno. 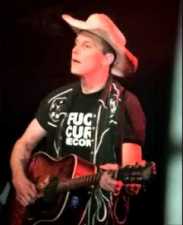 Hank3’s entire 14-year career with Curb Records was filled with turmoil. The first major conflict arose over an album called This Ain’t Country. Hank3 turned it into Curb, just to have Mike Curb deem it was not fit for release. Curb shelved the album, and then released it after Shelton left the label and after he’d fulfilled his contractual obligation for the number of releases. It was a way for Curb to squeeze another album out of Hank3’s contract, the same move Mike Curb attempted with Tim McGraw’s Emotional Traffic.

Hank3’s 3rd album Thrown Out of the Bar was slated to be released in late 2004, but Curb refused to issue it. This prompted Hank3 to start a “Fuck Curb” campaign that included T-Shirts, stickers, and the words “Fuck Curb” written prominently on Hank3’s guitar. Hank3 also took Curb to court, and like so many other artists with Mike Curb grievances, the court found in favor of Hank3 and made Curb issue the album that was later reworked into the album Straight to Hell. Curb also delayed the release of Hank3’s 4th album Damn Right, Rebel Proud for undetermined reasons, and since Hank had signed a non-defamation clause to his contract to get Straight to Hell released, he couldn’t even speak out against Curb’s actions. 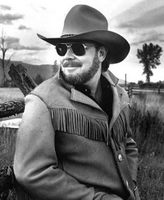 When Hank Williams III was born, there were two men in the hospital: Hank Williams Jr. and Mike Curb. For years Mike and Hank Jr. were very good friends and close confidants, until once again Mike’s oppressive business practices got in the way. In July of 2009, Hank Jr. announced his album 127 Rose Ave. would be his last with Curb after a 25 year partnership, and he did so with some choice words. ““You want to know the bottom line? This is my last album, and he’s (Mike Curb) history. . . We will move onward and upward, You just wait. We’ll have a lot to talk about. I’ve had some recording ideas that they didn’t care for. Well, there’s a lot of other labels that do care about it. We’re going to get off this old, dead sinking ship.”

By losing both Hank Jr. and Hank3, Mike Curb had officially squandered the Williams family legacy. 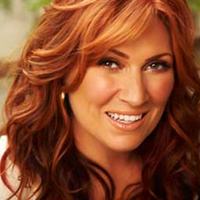 Jo Dee Messina signed with Curb as a teenager and released 3 albums in the first 4 years of her contract. But then Mike Curb, like he’s done with so many of his artists, put the brakes on Messina’s output. Her last full-length release was 8 years ago, 2005”²s Delicious Surprise. In the fall of 2006 she recorded the album Unmistakable that was originally scheduled to be released on November 6th, 2007. But Curb shelved the album, slowly releasing a number of singles from it in 2008 and 2009, but waiting 3 years after the album’s original release date to make it public, and then it was released it as an “EP Trilogy” with two of the extended plays only made available in MP3 format. ““For me, my fans just want to hear the music,” Jo Dee says. “They just want to be able to get it.  And it’s been such a struggle for the last”¦ eighteen years.  I signed when I got out of high school.  So for eighteen years I’ve been just kind of struggling with the label and having them release stuff or not release stuff.”

In December 2012 Messina became the latest artist to finally be released from her Curb contract. 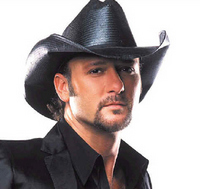 Of all of Mike Curb’s transgressions over the years, his treatment of Tim McGraw must be the most comical, unless you’re Tim McGraw and his fans. Mike Curb released no less than 7 “Greatest Hits” compilations as a filibustering tactic to keep McGraw on the label indefinitely. This was followed by a protracted legal battle over his album Emotional Traffic that the courts finally ruled was McGraw’s final album on Curb, even though Mike Curb insisted Tim owed him yet another. And then when Tim went to release his first post-Curb album, Mike reared his ugly head again by licensing material from other labels and releasing a duets album two weeks before Tim’s Big Machine Records debut. 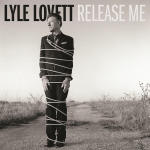 And this doesn’t take into account the countless other grievances artist and music entities have had with Mike Curb and Curb Records over the years. Lyle Lovett, a 20-year Curb prisoner, entitled his final album with the label Release Me with an image of himself tied up on the cover, symbolizing the binds of his Curb stint. Clay Walker also had public issues with Curb and how the label releases music, or doesen’t. His album She Won’t Be Lonely Long was released both as a full length, and an EP, both with two completely different track lists. “There can only be one boss,” Clay said, “and we know who that is.”

The last artist to leave Curb Records, please turn the lights out.