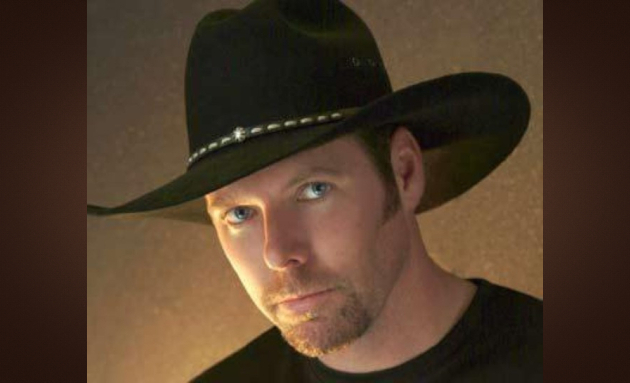 Daniel Lee Martin always knew he wanted to be famous. He just didn’t always know what he wanted to be famous for. He spent some time in professional sports. He launched a country music career where he would write songs with Keith Urban, open for Willie Nelson, and have MLB pitching ace Bronson Arroyo invest in him. He would star in reality TV shows. But now, Daniel Lee Martin is famous for all of the wrong reasons.

Daniel Lee Martin was an All-American kid, born in St. Petersburg, Florida, and raised in nearby New Port Richey on Florida’s west coast, attending Hudson High School where he was known for baseball, and graduated with honors in 1983. For a while Martin would try sports as his way through life, playing on a minor league softball team, and later trying his hand at professional golf. But it was operating an advertising firm that specialized in graphic design and public relations where he would find his place in life early on, right there in his hometown of New Port Richey where he kept an office for a dozen years, and by all accounts, was quite successful, and an important pillar of his local community.

But Martin had a country music calling inside of him too. His father, Dan Martin, had a professional career as a lawyer, but moonlighted as a local country music performer in the Tampa Bay area, playing guitar and bass with the likes of Johnny Cash and The Everly Brothers in his heyday. Daniel Lee’s dad had taught him how to play guitar when he was eight-years-old, and he would always look up this father. Daniel Lee’s passion for country was awakened specifically in 1996 when he was hired in his advertising firm capacity as the Marketing Director for New Port Richey’s Chasco Fiesta festival. When the festival lost an opening act, Daniel Lee decided to step in himself. By the next year, Martin had relinquished all of his interests in the advertising world, and moved to Nashville to pursue a country music career full time.

It was his dogged persistence at making it in country music that would get Daniel Lee Martin just as much attention as the music itself. Refusing to take no for an answer, or compromise the vision he had for his music, he pursued his career DIY style. Without a label or even a proper release, he purchased a booth at the 1998 Fan Fair in Nashville (now the CMA Fest), and started winning over listeners one by one. He regularly played in the bars and clubs in town wherever he could, taking any opportunity that came to him. At a performance in Nashville in 1999, he piqued the interest of Atlantic Records, and it appeared for a moment Martin would receive his big break on a major label, but eventually the deal fell through.

But Daniel Lee Martin kept persisting. Without any proper label support, he decided he would start his own. Baseball pitcher Bronson Arroyo had played high school ball in Brooksville, FL near New Port Richey, and decided to help fund his old friend’s aspirations by investing in a label with Daniel Lee they called ChinMusic—named for the baseball pitch meant to rattle a batter by passing just below their chin. The label was launched in 2002, and in 2003, Daniel Lee Martin released his debut album, All That I Am.

Bronson Arroyo was not the only one who believed in Daniel Lee. An early-career Keith Urban also saw his potential, and wrote songs for Martin, and the pair wrote songs together, some of which appeared on Martin’s debut album. Though the music would be considered contemporary to its time, to today’s ears, it sounds like a mix of contemporary and traditional, with radio sensibilities, but ample steel guitar found on many of the tracks. Standouts from the Daniel Lee debut included “I Can’t Let Go,” and “A Guitar With No Strings,” both of which were written by Martin, and both that appear on the surface to be about a lost lover, but also deal with the grief Daniel Lee felt at the time of losing his father, which gave him further motivation to pursue his country music career despite the adversity.

Without any proper label support, Martin took a strange, but decently-successful approach to marketing himself. Before there was the Wal-Mart yodeling boy Mason Ramsey holding court in the superstore, there was Daniel Lee Martin, who toured the country playing for audiences that would assemble to hear him at Wal-Mart stores. He also made appearances at Lowes Home Improvement warehouses. Through this model, he began to cultivate a strong grassroots following. He would open for the likes of Willie Nelson, Vince Gill, Lee Greenwood, Charlie Daniels, and others, and was asked to formally perform at the CMA Fan Fest in 2004.

Daniel Lee Martin was still on the outside looking into country music superstardom, but did have his foot in the door, and was making a living at it while continuing to tour and take advantage of any opportunity afforded to him. In 2007, Daniel Lee released a second album called On My Way To You, also on his independently-owned ChinMusic label. Once again it was a mix of traditional and contemporary, and also included two identifiable covers in John Denver’s “Take Me Home, Country Roads” with an extended fiddle intro, and “Keep You Hands To Yourself” by The Georgia Satellites, with baseball pitcher and Daniel Lee investor Bronson Arroyo singing on the up-tempo song as a duet.

One of the reasons Daniel Lee was able to pursue his country music career so doggedly was due to not being married or having kids. That changed when he married Julie McQueen in 2013. A licensed pilot who was into the outdoors, she believed in Martin and his music career, though she would also be a gateway for Martin to finally start to find some of the stardom he sought. It would come in the form of reality TV shows. Martin first appeared on the hunting show “Brotherhood Outdoors” between 2015 and 2016, then on Backstage and Backroads with Daniel Lee Martin—a show that mixed behind-the-scenes concert footage with Martin hunting and fishing with his celebrity friends. This turned into Carbon TV’s hunting show Till Death Do Us Part where Daniel Lee starred next to wife Julie McQueen in a show that boasted “Putting the real back into reality.”

According to police, there were three victims total who were all under the age of 13, and at least two of them were female. The incidents reportedly took place between May 2014 and January of 2018. Due to the sensitive nature of the charges, no further details were given. After the indictments came down, Daniel Lee, who was now 53-years-old, turned himself into the Spring Hill Police Department in Tennessee, and later posted bail. His wife Julie McQueen filed for divorce after the charges were revealed.

The situation became more dire for Daniel Lee after he relocated back to New Port Richey, Florida. Still facing the charges in Tennessee, he was arrested on January 27th after a young girl told Pasco County detectives that while she was staying with Martin over several nights in November of 2019, he fondled his genitals as he sat next to her on a couch showing her pornographic movies. He was arrested again, but was then released on $15,000 bond.

On Friday, February 14th, police arrived at Daniel Lee Martin’s secluded home just on the outskirts of New Port Richey to conduct an arrest warrant on nine separate charges involving sex crimes against children. He had been making threats to harm himself or others to authorities, so they proceeded with caution. When arriving at the residence, Daniel Lee Martin did not respond. So the SWAT team moved in, where they found him dead of a self-inflicted gunshot wound. He was 55-years-old.

From the sports world, to the country music world, to reality TV and the hunting community, Daniel Lee Martin was known for following his passions. But now we know about the monster that was Daniel Lee Martin, and that reality underscores his epitaph, and haunts his victims, of which there may be more to come forth in the coming years.

Certain details in this story were found in the Tampa Bay Times and The Tennessean.