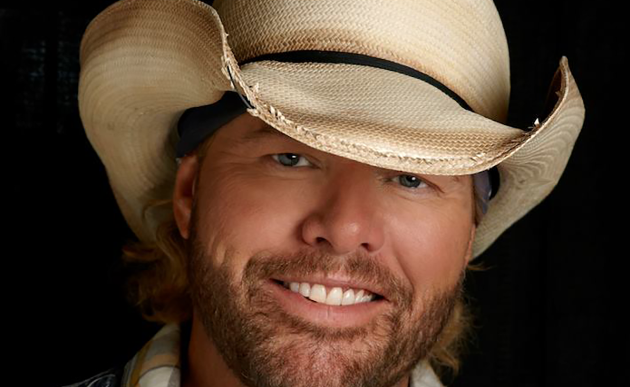 I’m sure you’ve seen the lists published by Forbes every year. They’re magnificent click bait. Who are the highest paid country music entertainers in a given calendar year? It makes for good theater as us proletariats gaze from afar at all the zeros and commas mainstream country music artist’s are able to compile behind their names in exorbitant figures for doing something most can only dream of.

And though we’re a good half decade from when Toby Keith was still relevant in the country mainstream, and a healthy 15 years removed from when he was telling would-be terrorists where he rudely wanted to ensconce his manly footwear, Toby Keith still has a reserved seat at the very top of these “highest paid” lists, despite not showing a Top 5 single since 2011.

How does Mr. Keith do it? It’s because every time Taylor Swift sells a record, Toby Keith gets a little portion of it. That’s right. Same goes for Florida Georgia Line, Thomas Rhett, and Rascal Flatts. In fact it’s true for all artists under the umbrella of Nashville’s gargantuan Big Machine Label Group, which also comprises the Dot, Valory, Republic Nashville, and NASH Icon imprints, and some 25 total artists.

How did Toby Keith pull this off, even though he’s not even signed to Big Machine? It’s because when Big Machine CEO Scott Borchetta was forming the label in 2005, Toby Keith, who at the time had a license to print money from all his chart success via his sabre-rattling songs, wisely invested in a label that was initially supposed to be a joint partnership with Borchetta. However the partnership didn’t last long, and by 2006 Borchetta had spun off what became Big Machine, and Toby Keith became the owner of a label called Show Dog. Show Dog merged with Universal South in 2009, and became known as Show Dog-Universal.

At the time, it looked like Toby Keith was the king of the country music world. He could get a single to #1 just by releasing it. Keith put 20 #1 singles on the charts during an eight year run, and had another seven #2’s. Toby Keith was country music in the early 00’s. He started opening and franchising a line of restaurants called Toby Keith’s I Love This Bar and Grill. His name was like gold to his targeted demographic and could be seen everywhere, even if the industry itself, and most famously the CMA, distanced from him somewhat because of the polarizing nature of his personality and music. But it didn’t matter what the rest of Music Row thought of Toby Keith; he owned his own label and called his own shots.

But the fates of Scott Borchetta’s Big Machine, and Toby Keith’s Show Dog when they split couldn’t have been any different. Off the success of Taylor Swift, Scott Borchetta has built his own independent label empire that rivals or surpasses any of the major label groups located in Nashville today. Big Machine is arguably the biggest game in town, and Scott Borchetta has been able to retain his ownership where he still calls his own shots locally.

For Toby Keith’s Show Dog, now under the auspices of Universal, things have swerved in the opposite direction. On January 12th, it was announced that numerous Show Dog Nashville employees and executives from an already gutted label had been let go, including General Manager George Nunes, East Coast Promotion Director Jean Williams, Southeast Promotion Director Chris Waters, West Coast Promotion Director Dave Dame, and Promotion Coordinator Katie Kettelhut. It’s all part of a drastic restructuring of what is left of the label to focus more on expanding social and traditional media, and social media marketing they say.

As Scott Borchetta’s Big Machine has continued to expand since 2006, Show Dog Nashville has continued to contract. In November of 2014, Show Dog also went through a drastic restructuring to try and survive. It’s not that Show Dog hasn’t been able to wrangle talent for the roster. The issue has been keeping it around, and being successful with it. Trace Adkins, Randy Houser, Joe Nichols, Josh Thompson, and Phil Vasser are just some of the names that did stints on the label, only to move on shortly thereafter, many to another independent Nashville label that seems to be ever expanding successfully and adding new imprints like Big Machine—the Jason Aldean-anchored Broken Bow.

In fact all that’s left on the Show Dog Nashville roster at the moment is Toby Keith himself, and his daughter Krystal Keith, who recently had a child. A duo called Waterloo Revival—-a castoff from Big Machine—also still appears to be signed to the label. But aside from a few singles that couldn’t crack the Top 50, the duo doesn’t seem to be doing much these days.

So the story of Show Dog Nashville in early 2017 is pretty much the story of one artist: Toby Keith. And it appears that the tastemakers in Nashville have put Mr. Keith out to pasture. Toby Keith’s I Love This Bar & Grill’s are folding left and right, and in ugly stories of padlocked front doors, jilted employees, and unpaid vendors, sullying Toby Keith’s once solid gold name, even if he doesn’t retain any ownership in the franchises.

Toby Keith burned hot when he was at the top, but now it appears he’s burned out. Keith did keep his ownership stake in Scott Borchetta’s Big Machine when they split though, and that’s how so much money continues to get funneled to him, despite the drop in sales from singles, albums, and tours. Though Keith is still a performer, he’s also an owner and executive. It just appears he wasn’t a very good one.