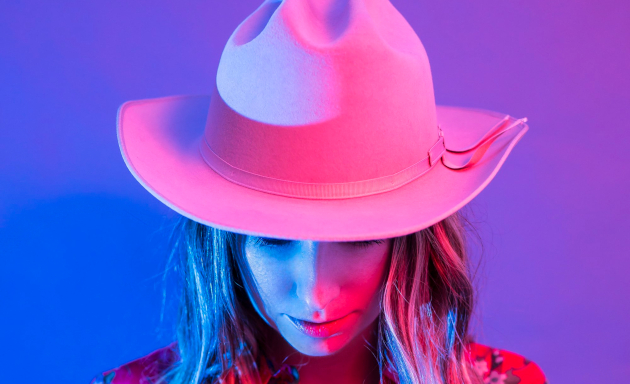 Fine gentlemen of country music, guard your hearts as you foray deep into the music of Charlie Marie, for the very real possibility of falling head over heels in love with this chanteuse is a clear and present concern when partaking in this incredible channeling of country music’s dulcet tones and classic styling. Ladies of country music, lose yourself in the astonishing pain and deeply personal stories that Charlie Marie spins in the timeless fashion of Patsy Cline, and in such an incredibly haunting manner you feel like you’ve fallen into an immersive suspension of 50’s country musical goodness.

All the people of country music, rejoice that despite all the woes about whatever is supposedly endangering the genre on a given day, in the hearts of gifted entertainers still lies such incredible passion and talent for this music, it has the ability to make the spine tingle, the heart swoon, and the mind spark with wonder and nostalgia like it did the first time you heard your first country song, and you knew it was the style of music that spoke to your soul most personally. Listening to Charlie Marie’s new self-titled EP is falling in love with country music all over again, reminding you why you got wrapped up in caring about this music in the first place, and finding yourself thankful for being alive in an era when an artist like this can still be discovered despite the oppressive media regime that disallows someone like Charlie Marie from being broadcast to the masses.

Rhode Island is an unlikely origination point for a country music singer who has perfected both the writing and performance of classic country music in such a masterful manner, it leaves you in almost disbelief. But this is the story of Charlie Marie, and she’s not trying to hide it or make excuses. Instead, she embraces her unique perspective, and uses it as an invaluable illustration of how the love of country music defies geographical borders, and can be harbored in the heart of anyone who understands how the music delivers so much more than simple entertainment. 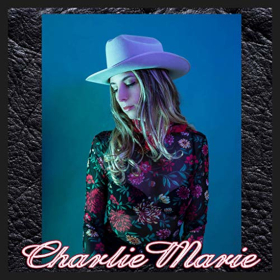 Inspired by the music of Patsy Cline and Loretta Lynn that her grandmother would play when she was growing up, Charlie Marie chose the burden of performing country music in a classic style. There’s no bandwagon for her to jump on here as a Rhode Islander. There’s no riches awaiting the end of this journey except for those rewarded from within. This music comes from a obvious and sincere passion that translates into the stunning results. Not completely unfamiliar with life in the South, Charlie Marie attended Belmont University in Nashville, and participated in some co-songwriting sessions while in the city, getting a serious dose of the culture and influences she had enjoyed from afar for many years before.

Following up another self-titled EP released in 2015 that is also worth laboring to hear, this new Rhinestones EP does in five songs what most country records fail to do in 10 or more, which is to connect with the audience on a deeply human level, and satiate all the expectations present in the dedicated country listener. The sound of Charlie Marie’s voice is like an audible translation of the emotions expressed by the pining heart, proven in the songs “Rhinestones” and “Shot in the Dark.” “Countryside” is her lesson into the foolhardy notion that country music is only for those in designated regions. And if “Rodeo” had been released in the time of Patsy Cline, it would be a classic of the country music canon known far and wide by now, and covered in countless in bars and honky tonks across the country.

The other stunning, almost daunting assessment to behold about Charlie Marie is there still exists room for improvement. Ten songs this potent might be too much for the country listener to take, but it’s something Marie must achieve for her music to be more widely considered by both listeners and critics. Small adjustments to cadence and writing, and perhaps an enhanced production suite would have made this album even more impressive, but with nothing taken from the effort as it is.

The old soul is rendered sated in the presence of Charlie Marie’s self-titled EP, with the only hope being that the future affords even more music from this brilliant, beautiful, gifted, and compelling classic country music performer.