The Time A Topless Neko Case Got Banned from the Opry 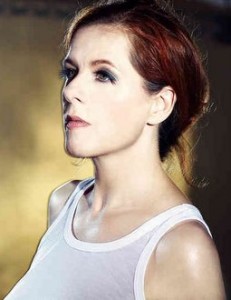 In 2013, there is only one music artist who can say they’re officially banned for life from country music’s most storied institution: the Grand Ole Opry. No, it’s not David Allan Coe, Hank Williams III, or some other hothead, firebrand artist quick to call out the Opry and other mainstream country music institutions at any perceived slight. No, the offending party is none other than alt-country luminary Neko Case.

This may not be completely surprising seeing how Neko got her start in music as the drummer for a punk band, and has regularly collaborated with artists and bands outside of the country fold like The New Pornographers. But like many of the artists making up the alt-country movement in the mid 90’s, it can be argued that Neko had more respect for the roots of country music, and for country music institutions like the Grand Ole Opry, than many of country music’s artists did at the time, and certainly do today.

In October of 1998 when Neko’s first album The Virginian was blowing up in the alt-country realm, the Las Vegas Sun interviewed the young songstress, where she professed her philosophy behind country music, and her love for the Grand Ole Opry, in an article appropriately titled “Neko Case’s Quest for the Grand Ole Opry.”

I don’t play “alternative country” music; I just play country music. I want to have the same outlets, the same goals that all my heroes in country/western music have had. I want to play the Grand Old Opry in my grandmother’s lifetime, you know what I mean? I want to be played on mainstream radio. I’m not willing to change my music to get there faster, but I’ll fight for it anyway. I don’t think anyone gives a shit about country radio. It’s bullshit. It just makes me mad that (country radio) is using the term “country music,” when it doesn’t belong to them.

I think now is the time for change in country music; hopefully it’ll change for the better. It really burns that all the bands that inspired me were part of a national country music culture that was really admirable and fairly diverse at one time. I want to have the same avenues open to me. It’s like having this beautiful old building in your neighborhood and coming back to find that they’ve torn it down and built a Wal-Mart in its place.

Neko Case would get close to having her Grand Ole Opry wish granted when she was invited to perform at the Grand Ole Opry Plaza Party just outside the Grand Ole Opry House in the summer of 2001. Playing the Plaza Party was seen as a precursor to being able to play the Opry proper, and is the place where many Opry mainstays like Old Crow Medicine Show and Dale Watson got their Opry starts. With the respect Neko Case had for the Opry, she was excited for the opportunity.

“People who have gone to the Opry or are on their way to the Opry come by and check you out while they’re coming and going,” Neko explained to the Denver Westword that summer. “You get to go backstage at the Opry, which is the really cool part.”

Everything seemed to be going well for Neko and her Opry dream until one afternoon performance in July at the Plaza Party that was especially sweltering. The stage the Opry had set up for their Plaza performers was black, and right beside it was a barbecue pit that was pouring heat out onto the performers. With dreams of making it onto the Opry’s main stage, Neko Case persevered through the heat during her show, but it began to get unbearable and she started to wilt.

Neko Case started making requests for water from surrounding staff, but they went unfulfilled and she began to get dizzy. As Case began suffering from the effects odf heat stroke, she asked the staff if she could take a short break, and was told no. The situation became desperate for Neko, who was on the verge of passing out or suffering from some serious, long-term damage if she couldn’t resolve her rising body temperature. So in a panic, Neko removed her shirt to help cool off. As you can imagine, the family-friendly Opry did not look favorably upon this.

Exacerbating the shirt removal was the weight of Neko Case’s past in music and her statements about country, seeming to imply to the Opry and others that this wasn’t just an instance of heat exhaustion, but that Neko was making some symbolic statement by bearing her womanhood in public (though she still had a bra on beneath). As the stories swirled about Neko’s shirtless set, it was taken by some as an obscene gesture to cause a sensational outcry, or to stand against the direction of country music, or some other counterculture statement.

But that wasn’t the case. I wasn’t trying to be sexy or rebellious — I was just getting heatstroke up there,” Neko later explained to Rolling Stone. “I didn’t do anything obscene. I wouldn’t want to see me with my shirt off, either.” But the explanation didn’t do much good, and the incident resulted in a lifetime ban from the Grand Ole Opry—the institution Neko cherished so.

Neko has since come to peace with her fate. “I was pretty depressed for a couple of months after that happened, but I got over it,” Neko told The Guardian. Neko later memorialized the incident by naming her 2002 album Blacklisted.

She still hopes to return to the Opry some day and fulfill her dream. “They’ll forgive me one day,” she told Fairfax Digital. “I still love them.”