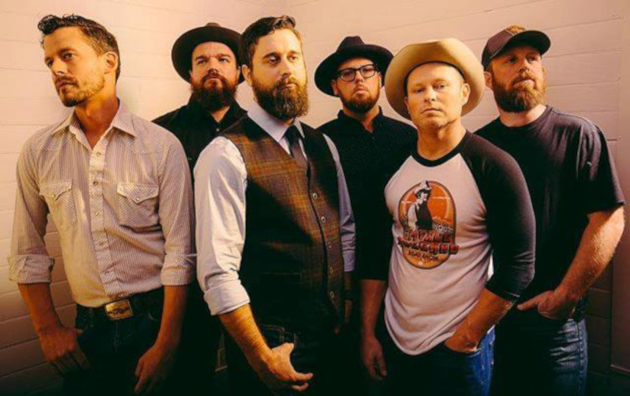 The breakup rumors are untrue, but the upcoming touring commitments by the Turnpike Troubadours will not be met, and the band has announced they are going on an indefinite hiatus as frontman Evan Felker continues to battle through personal issues that have resulted in numerous cancelled performances over the last nine months.

“We want to again apologize for the abrupt cancellations of our shows this past weekend. We can assure you that the situation was not in our control,” the band said in a statement released Friday (5-31) afternoon. “We want nothing more than the opportunity for to heal, and to not put all of you though this ever again. To have a chance for any of this, we need to cancel all of our remaining tour dates. Turnpike Troubadours will go on an indefinite hiatus until a time we feel that everyone is of strong mind, body and spirit and can deliver what our fans deserve.”

The cancellations affect nearly two dozen dates, including multiple festival headliner slots, not limited to the Comstock Windmill Festival on June 14th in Nebraska, The Jetty Jam on South Padre Island, TX, and the Turnpike-hosted Medicine Stone Festival in Oklahoma in September. Other major appearances at Red Rocks in Colorado on June 18th, and two nights at the Whitewater Amphitheater in New Braunfels, TX July 12th and 13th are also affected. Refunds are available for all shows at the point of purchase.

“To all of you who have given us so much, we thank you from the bottom of our hearts,” the band continued. “You believed in us, you raised us up, you stuck by us and you gave us more unconditional love than any band could ask for. We are humbled. We ask that you please keep us in your thoughts and prayers as we work to support and encourage.”

Formed in 2007 between frontman and primary songwriter Evan Felker, and bassist and songwriter R.C. Edwards, the Turnpike Troubadours went from a group of guys getting together to play some music for fun, to one of the biggest and most successful independent country bands in history. Joining them along the way in the most long-lasting lineup of the band has been fiddle player Kyle Nix, guitarist Ryan Engleman, and drummer Gabriel Pearson. “Hammerin’ Hank Early” also joined the band in recent years on steel guitar, dobro, and accordion. Known for crafting sensible melodies underpinned by substantive lyrics, and imbuing traditional country with an energetic attitude, they are a band most everyone can enjoy, and did to the tune of becoming one of the biggest drawing and best-selling acts in Texas/Red Dirt of all time.

Named after the notoriously bumpy turnpikes that traverse Oklahoma’s rural areas and Indian reservations, the Turnpike Troubadours went from a regional band to scoring two Top 3 albums on the Billboard Country Albums chart, and drawing an impressive 66,715 attendees to their performance at Rodeo Houston in March. The band has released a total of five studio albums over their tenure, with their 2010 record Diamonds & Gasoline launching three bona fide Texas country standards—“Every Girl,” “7 & 7,” and a reworking of John Hartford’s “Long Hot Summer Day.”

Turnpike’s 2014 record Goodbye Normal Street sold over 66,000 copies, which put them on the map of the greater music industry, with Thirty Tigers releasing the band’s 2015 self-titled record, and 2017’s A Long Way From Your Heart. In 2017, the Turnpike Troubadours were named Saving Country Music’s Artist of the Year as their influence and fan base quickly spread from regional to national. A 2018 appearance on Austin City Limits also helped to cement their rising status.

But troubles with frontman Evan Felker led to a rash of cancellations that have made the band famous for reasons beyond their music. Major issues first appeared in January of 2016 when numerous fans spoke up about drunken performances from Felker at a New Years Day show, and a performance at the Music Fest in Colorado. Spotty cancellations for sometimes undisclosed reasons would dog the band and their fans for the next couple of years, but the cancellations turned most concerning starting in the summer of 2018.

The Turnpike Troubadours pulled out of an opening spot on Miranda Lambert’s Bandwagon Tour in August of last year after a personal relationship that had developed between Lambert and Felker fell apart. Over the next nine months, the Turnpike Troubadours would cancel just as many live performances as they would play, including last minute cancellations in Chicago and in Bossier City, leaving many fans who had traveled to see the performances angry and frustrated. But at other times Turnpike and Evan Felker appeared to be back on track, including for their mammoth performance at Rodeo Houston in March of this year.

READ: The Ongoing Concern for Evan Felker of the Turnpike Troubadours

On May 7th, Evan Felker was clearly inebriated during a 4-song benefit performance, which started the concerns anew. The final straw was the last minute cancellation two hours before they were scheduled to take the stage at the White Oak Music Hall in Houston, Texas on May 24th. Accounts say that Evan Felker told the band, “I just can’t do it anymore,” and the band canceled the rest of the weekend’s shows, and threw the future of the band into uncertainty in a statement that read,

This weekends shows are unfortunately not going to happen for Turnpike Troubadours. On behalf of the band we apologize for all the cancellations previously and this weekend. We are saddened by the situation and want you all to know we tried our best to stay positive during this stressful time. However, we have been standing at the crossroads, optimistically in hopes of healing, but it was not to be. We ask for your prayers and support as it is our hope that our brother receives the encouragement and help he needs.

Thank you all for the sold out shows, the memories and support. Refunds for the show tonight will be made at point of purchase. Please keep us in your prayers.

An indefinite hiatus by the Turnpike Troubadours leaves a gaping hole in independent country as one of the top bands that could easily convert fans from the mainstream, and find a wide audience of appeal. However it also opens the possibility for frontman Evan Felker to finally seek long-term treatment—something that has eluded the band previously as they continued to try and make rigorous touring commitments, and the band’s management continued to book new shows despite Evan Felker’s troubles. Even many fans had been calling on a longer break for the band.