The Undeniable Influence of Charlie Louvin

On February 22, 1956, Elvis Presley played a concert at the City Auditorium in Waycross, GA. Opening for Elvis that night were two brothers, Charlie and Ira, a gospel duo called The Louvin Brothers. In the crowd was a 9-year-old boy, a native of Georgia, born and raised in Waycross. How that boy felt about Elvis that night is uncertain, but The Louvin Brothers left an indelible mark on him that he would carry for the rest of his life.

That 9-year-old boy had a somewhat troubled youth and ended up in a boarding school, but eventually he got straightened out enough to attend Harvard University. Years later on the back of a hotel message pad dated March 8, 1969, he wrote to an old boarding school buddy who had requested of him an essential list of music, “Any Louvin Brothers record will do.” 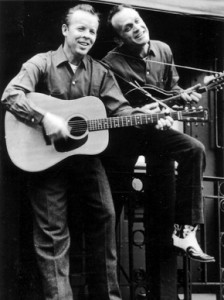 After Harvard that same boy ended up on the West Coast, eventually hooking up with a traditionally psychedelic band as a salaried keyboard player. Once in the band, he began asserting his Southern influence and taste, eventually compelling them to completely change their direction and sound to a country feel, to record their next album in Nashville instead of LA, include a Louvin Brothers song on that album, and even play the Grand Ole Opry.

Even though that kid from Waycross, GA never became a huge superstar, his influence on music could still be felt on a national level, and it crossed genres. He became good friends with Keith Richards and Mick Jagger of The Rolling Stones, and heavily influenced the sound on albums like Let It Bleed and Sticky Fingers. Now with a little money in his pocket, its said he paid people to scour the record stores of LA, looking for rare, out-of-print Louvin records. He also discovered a Country Music Hall of Famer by the name of Emmylou Harris.

If you haven’t figured it out by now, that boy from Waycross, GA was Gram Parsons, possibly the greatest ambassador for country music that has ever lived.

With The Byrds, Gram recorded The Louvin Brothers composition “The Christian Life.” He also recorded the Louvin song “Cash on the Barrelhead” on his solo project Grievous Angel.  Louvin music was essential to selling Emmylou Harris on the “simple beauty” of country.

“I want to play you something,” said Gram to Emmylou. Emmylou sits down and listens. “Who is that girl singing the high part?” Emmylou asks. Gram replies, “that’s not a girl, that’s Ira Louvin.”

Emmylou’s first #1 hit was “If I Could Only Win Your Love,” written by The Louvin Brothers.

It might be easier to list the country music legends who have NOT covered Louvin songs than the ones who have. I’ve always tried in my musical journey to find the source of good music. For example when you hear those great 70’s Rolling Stones records, you can trace them back to Gram, and then back to Charlie: like mining the true generation of the song to get at the heart of it. And when you do this, you find so much music originated from so few people, and one of those people is Charlie Louvin.

As part of the grass roots support for the mounting medical bills from Charlie Louvin’s cancer treatment, Judd Films is making a DVD of his recent show at Foobar Too in Nashville. In conjunction, Keith Neltner has released a limited edition of prints, with all the proceeds going back toward the DVD project. The prints can be purchased at Neltner Creative, 14 of which are singed and hand embellished by Keith himself.

And if you want to explore the relationship between Gram Parson and Charlie Louvin more, look into the album Hickory Wind: Live at the Gram Parsons Guitar Pull, Waycross, GA. 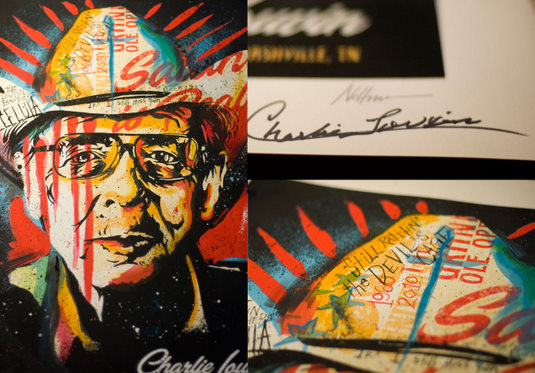 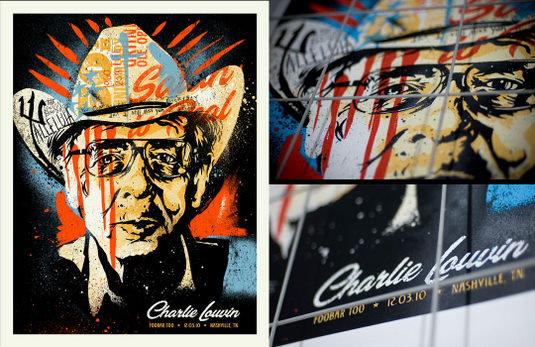