The Winners of the 2016 Ameripolitan Awards 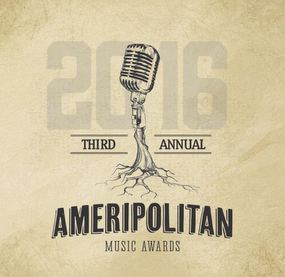 Dale Watson’s 3rd Annual, 2016 Ameripolitan Awards went down Tuesday night in Austin at the Paramount Theatre, with awards handed out in the categories of “Honky Tonk,” “Western Swing,” “Rockabilly,” and “Outlaw,” designated by male and female, and groups. Additional awards were handed out favorite venues, festivals, DJ’s, and musicians.

Ray Benson hosted for the first time, and Founder of the Sound awards were handed out to Wanda Jackson, who unfortunately couldn’t make the festivities due to weather, and Red Simpson who passed away in January. The 2016 Master Award was handed out to Charley Pride who was in attendance, and performed three song.

READ & SEE: The 2016 Ameripolitan Awards in Words and Pictures

Ameripolitan was founded three years ago by traditional country artist Dale Watson and was inspired by the “Old Farts & Jackasses” comments of Blake Shelton. The Ameripolitan Awards are Dale’s answer to the concern of so many artists doing their best to keep roots traditions alive who are going unrecognized by the rest of the country music industry. The inaugural awards were held in a ballroom in a hotel in Austin and moved to the Paramount in 2015. The Ameripolitan Music Awards acknowledges “Artists whose music honors tradition while demonstrating exceptional originality, creativity, and musicianship,” and is a 501(c)3 organization. Fans and artists from around the country and world have traveled to take part in the festivities.