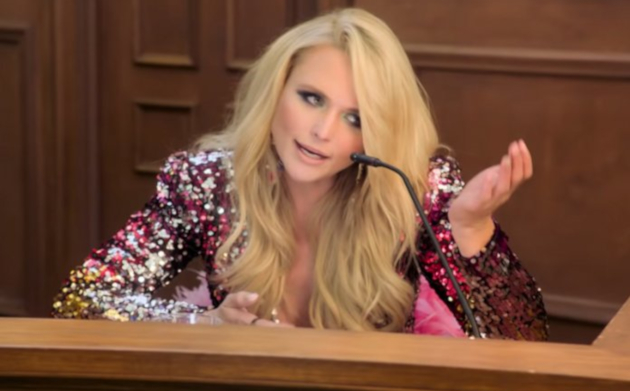 Life rarely works out the way you plan it, and this is especially true when it comes to marriages and divorces. In the world of power celebrities, marriage is often its own occupation in leveraging the attention of the masses via celebrity gossip rags to make one’s popular culture brand more compelling to the wide population. Certainly this was at least part of the calculus that went into the 2011 marriage of Blake Shelton and Miranda Lambert, which surprise surprise, didn’t last beyond four years.

Trust that Miranda Lambert had no intention of revealing her recent nuptials to NYPD officer Brendan McLoughlin on a random Saturday evening in February. It was life that dictated this action to help ice the heat that was starting to rise to the boiling point after a spat at a local steakhouse in Nashville was being elevated from side note in the entertainment section to sizzle on the front page, and the press was starting to get devilishly close to revealing Miranda Lambert’s relationship status for her, and on their terms.

When the initial reports came out of two men arguing to the point of the police being called, and Miranda Lambert dumping her salad in some poor civilian’s lap, it wasn’t especially pretty, but it also wasn’t particularly damning of Miranda’s public persona to anyone that didn’t already have a unfavorable view of the singer to begin with. In fact to many of Miranda’s fans and to the general country music gawker, perhaps it even elevated Miranda’s status as a country music badass.

But the 911 tapes obtained by those nosy busybodies in the media—and especially the one line from a restaurant employee that stated Miranda Lambert was about to get physical with someone—colored the situation in a slightly different hue. The truth is that the details of the altercation still remain foggy, it seems like an older gentlemen not part of Miranda Lambert’s dining party was the primary instigator in the altercation, and if Miranda Lambert wasn’t involved, none of this would be a story at all.

Whether Miranda Lambert and her publicity team needed to pull the nuclear option of revealing the marriage at such an inopportune time, or if the whole steakhouse scenario would have blown over without something to knock it off page 1 of the gossip columns is up for interpretation. But make no mistake, the two are very much related.

Though Miranda Lambert revealed the marriage first on Instagram Saturday evening (2-16), People Magazine was already loaded up with an “exclusive” photo from the union moments later to feed the celebrity crush that shortly ensued. Though Miranda said her disclosure was to coincide with Valentine’s Day, she was a few days late for that to be relevant. And according to reports, the date of the actual marriage was January 26th, so this news had been kept under wraps for a while.

There’s no need for conspiracy theories here. Miranda just didn’t want some celebrity gossip snoop trying to find the identity of the “family friend” from the steakhouse melee stumbling on the fact that she’d been married in a private ceremony, and make it come across like Miranda was either trying to hide something, or deceiving the public. After the gossip mess Miranda has been involved in over the last few years, the idea of a private marriage ceremony completely out of the public eye had to be incredibly appealing to Miranda, and is perfectly within her right.

But Miranda Lambert is still a public figure in the entertainment industry, and if you’re not leveraging things like marriages, baby news, and other such personal matters to your advantage, you’re not playing the game right. In fact when you do reveal a secret marriage, perhaps it adds an air of mystery to the story, making it more enticing to celebrity gossip junkies. In mainstream country, music coverage has devolved to almost exclusively lifestyle reporting of details from performer’s personal lives. Most likely, Miranda and her publicity team were holding back the marriage announcement and details until they could parley that information into coverage of an upcoming single, album, or tour—none of which Lambert currently has active at the moment, and all of which she’s due for shortly.

Don’t take this as blame against Miranda Lambert, or an accusation against her character—whatever culpability she still may have for the steakhouse altercation notwithstanding. Similar to the situation Carrie Underwood found herself in with the release of her latest record, leveraging personal revelations to get the press to actually pay attention to you (or to not pay attention to something else) is a tool artists can use in lieu of mainstream country radio giving them the support they deserve. It’s a sad commentary that celebrity gossip has replaced subsnative reviews or insights into an artist’s music, or equitable radio opportunities for many. But if you’re not playing the celebrity gossip game, you’re putting yourself at a severe disadvantage.

At the same time, trying to game the celebrity gossip system for maximum exposure is very much a “live by the sword, die by the sword” proposition, as Miranda has experienced that now twice in one week. She won’t have the dry powder of a big marriage announcement to bolster her next move in the music business, but now steak-gate is past her for the most part. Hopefully the focus can go where it’s supposed to be henceforth, which is on the music.