This New Brooks & Dunn “Reboot” Could Be Interesting 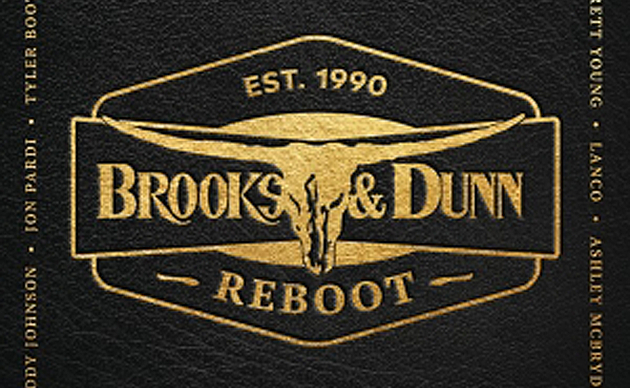 The heart welled up with excitement in many true country music fans when word came down that Brooks & Dunn had a new title on the way, only to be tempered by the fact that it’s a Reboot (nice double entendre there) of some of their old classics re-recorded with contemporary stars. To some, Brooks & Dunn still symbolize where mainstream country went wrong, but to many, time has been very kind to the duo’s legacy, with many of their biggest hits making listeners well up with nostalgia, especially after what “country” music has become today, including at the hands of some of the artists included on this new record due in full April 5th.

We get it. After the retirement of Brooks & Dunn in 2009 and tacit participation in country music since then, what better way to reboot your career than to get some of today’s biggest and hottest names to sing with them on some tracks. Some of the names you get downright excited about like Ashley McBride and Jon Pardi, Cody Johnson and perhaps Kacey Musgraves. Midland may be more hat than cattle, but few doubt their acumen at playing classic-sounding country songs, and Brothers Osborne are usually more good than bad.

It’s fun pairing artists together like this on specific songs, even though you’ll have to suffer through contributions from Kane Brown and Brett Young in the process. Of course we all can play fantasy football here and wonder why folks like Cody Jinks and Tyler Childers didn’t get a call. But let’s face it, this album is an attention reclamation project for the duo, and you want to get the names involved that will boost your streaming numbers and get all the kiddos listening. And what’s so bad with a little musical osmosis if it turns some folks on to a little actual country music?

The original versions of songs loom so largely in listener’s heads that trying to sell the public on new versions is a tall order, especially with songs so important to the legacy of country music. But listening through the reboot of “Brand New Man” with Luke Combs, it’s pretty damn good. We could do without the electronic hand claps and the loud production. But the thing sounds like a hit, and it very might well be. It’s already at #42 on radio, and #30 on Billboard’s Hot Country Songs chart in its first week. Luke Combs is one of the hottest things in country right now, if not the hottest, and anything with his name on it is going to shoot up the charts. This thing could end up being a #1.

Brooks & Dunn have also released a new version of “My Next Broken Heart” with Jon Pardi, and it’s pretty damn good too. Again, they could have left the hand claps on the cutting house floor, you hear a few shimmers of Auto-tune here and there, and nobody will ever sing this song as good as Ronnie Dunn did the first time. But there’s plenty of steel guitar and a renewed energy behind the track that you can appreciate. Probably one of the best, and worst things about Reboot is it’s produced by Dan Huff who came from the rock world, so a lot of the lead guitar and drums are too out front on the songs we’ve heard so far. But this does keep the new tracks feeling lively as opposed to rehashed.

And then here comes Kane Brown re-singing the song “Believe,” probably because it’s one of the few Brooks & Dunn tunes that features talking instead of singing, which better suits Kane Brown’s limited skill set. Kane can’t come close to matching the intimacy and soul of the original track, and the new version became more of an R&B song than the stripped back ballad of its original intent. Even then, it’s hard to call it offensive.

It would be great to get another original Brooks & Dunn album while there’s still tread on those tires. Look at their Las Vegas stage partner Reba McEntire and her straight up Western-swing style song “No U In Oklahoma” from her upcoming record that she says will be one of the most country of her career. It’s a good bet that Brooks & Dunn still got it, and Ronnie had some moments on his recent solo records when he wasn’t trying to chase radio play. But hopefully Reboot will serve its purpose, which is giving a bump up to Brooks & Dunn whose catalog is worthy of one, and without having to completely sell out to radio to do it. After all, radio isn’t playing these songs anymore anyway, so the material will all be new to many.

We’ll have to see what we think about the whole thing come April 5th, but if this record results in a reboot of Brooks & Dunn’s career, it can’t be a bad thing for country music.

1. Brand New Man (with Luke Combs)
2. Ain’t Nothing ‘Bout You (with Brett Young)
3. My Next Broken Heart (with Jon Pardi)
4. Neon Moon (with Kacey Musgraves)*
5. Lost and Found (with Tyler Booth)
6. Hard Workin’ Man (with Brothers Osborne)
7. You’re Gonna Miss Me When I’m Gone (with Ashley McBryde)
8. My Maria (with Thomas Rhett)
9. Red Dirt Road (with Cody Johnson)
10. Boot Scootin’ Boogie (with Midland)
11. Mama Don’t Get Dressed Up For Nothing (with LANCO)
12. Believe (with Kane Brown)