This Upcoming Garth Brooks Single Could Be Very Interesting 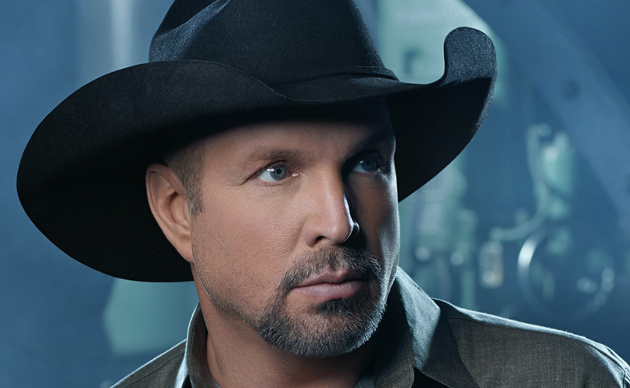 Granted, you’re making a perilous decision pinning your hopes on someone like Garth Brooks to help turn the needle to the positive in popular country. Plans for Garth to ride out of retirement on a traditional country wave and rid us of the scourge of Bro-Country forever in 2014 never quite materialized. Instead we got mild radio singles and some weird orb at center stage that I’m still unclear exactly what the purpose was. But hey, that’s Garth. You take the good with the … orb.

Now he’s got a new record on the way, and a new tour coming up he’s planning to announce July 9th, as well as a new single he will unveil on June 18th. Though Garth hasn’t given us a name for the new single or any other specifics, he’s saying all the right things ahead of it.

“We were playing all the stuff that we used to play in the honky tonks, and hearing it bounce off those brick walls and hearing those people sing along, I said, ‘You know what? What we need is a good damn honky-tonk song.’ So that’s what we went to do,” Garth told a throng of reporters at a recent CMA Fest Q&A event about the new single. “This is one of those songs I can play all day long. I love this song.”

Always the hype man, Garth went on to tout the song as a mix of “Two of a Kind (Workin’ on a Full House), “Ain’t Goin’ Down (Til the Sun Comes Up),” and “Callin’ Baton Rouge.” “I’m just gonna say that a seat belt and a helmet might be nice on this one,” Garth promised.

Yeah we’ll see, but adding a wrinkle of intrigue to the whole thing is something may be brewing between Garth and young, up-and-coming traditional country Texas songwriter Randall King, whose recent 2018 self-titled effort has a lot of folks singing his praises, including Garth who promoted the record on one of his weekly Facebook Live events when it was released.

“Everybody always asks me, who are the new people that you’re looking at coming up. Guys, I’m going to tell you right now, this kid right here, Randall King,” Garth said. “All I can say is, sweet guy, good guy, hell of a writer, hell of a songwriter. An independent artist. He’s not signed to a record label. This is what country music is all about for me.”

With Garth praising Randall King’s songwriting, should we be surprised if this new blazing “honky tonk” number from Garth has Randall King’s name tied to it somehow? And if it’s not the single, then perhaps another song off the upcoming Garth Brooks record? At this point it’s nothing more than a hunch based on murmurs, but don’t be surprised.

Garth Brooks once looked to champion another deserving songwriter with a big 2018 record in Caitlyn Smith. Garth’s first single after retirement was supposed to be Caitlyn’s “Tacoma” co-penned with Bob DiPiero. But then ISIS started beheading people in Syria, and last minute Garth decided instead to release “People Loving People.”

Right now there is a rising tide of honky tonk artists from the independent realm to the mainstream finding traction with the sort of late 80’s traditional country sound Garth Brooks and others championed at the time. Now that Garth has his radio strategy figured out a bit better, a big honky tonk song from him could give the emerging movement a big boost.