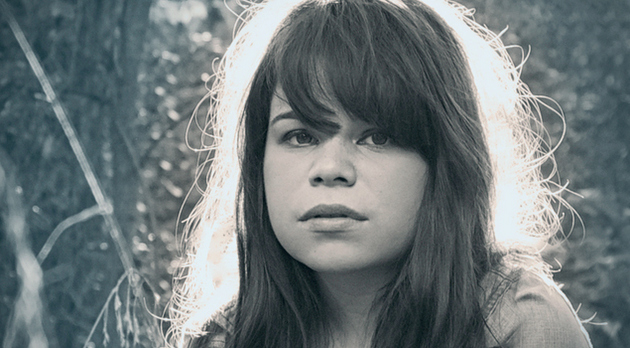 Fellow Oklahoma-born singer songwriter Woody Guthrie wasn’t very good at keeping his mouth shut either. Arguably the very first of the American singer songwriters, Guthrie set the example for artists in his discipline to speak up for others through music and give voice to those who could not speak to the masses themselves. And not through brash, politically-strident, one-sided diatribes, but by telling the stories of the people he encountered during his distinctly American experience, and letting the lessons of these American experiences impart themselves.

Just 40 miles west of where Woody Guthrie was born in Okemah, Oklahoma is the town of Shawnee, where Ramseur Records-signed singer songwriter Samantha Crain was born and raised. And like Woody did many years before, she has decided to champion the causes of the common man through the music of her fourth LP.

When I first heard Under Branch & Thorn & Tree was going to be a self-described “protest album,” I unmistakeably cringed. Mixing politics and music is considered a faux pas to many, and often times results in a melee between fans based on predetermined political ideologies as opposed to any measurable social change. But Samantha’s not railing against Monsanto and asking Tom Morello to bless this effort. Like Woody, perspective is what Crain chooses to help get her point across. And by taking this approach, her message will find many more open hearts. 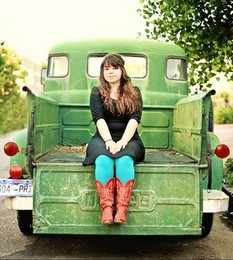 But don’t think Samantha isn’t willing to mix it up if she believes something is unjust. As one of the few full-blooded American Indian artists you can find in the Americana realm, she decided to take a stand in a very public manner in 2014 when the daughter of one of Oklahoma’s most privileged individuals decided to symbolically desecrate important ceremonial distinctions of Native Americans as part of performance art.

Christina Fallin is the daughter of sitting Oklahoma Governor Mary Fallin. She is also the front person of an Oklahoma-based band called Pink Pony. Christina first stirred controversy in the Native American community by posing in a native ceremonial headdress included with the caption “Appropriate Culturation,” a play on words of “cultural appropriation.”

Christina Fallin then flaunted that she would perform in full American Indian regalia at a music festival in Norman, Oklahoma in April of 2014. Samantha Crain gathered a few of her friends together, made up some signs, and silently and respectfully protested the performance. Fallin ended up not wearing a headdress, but did dance around in a Native drapery that said “sheep” on the back—a name Pink Pony supporters had pursued critics of their “appropriation” with previously. Apparently Wayne Coyne of The Flaming Lips was also laughing at the protest.

Eventually both the Norman Music Festival, and the Governor’s Office distanced from Pink Pony’s performance, and called it inappropriate. Samantha and her supporters had gotten their point across. And possibly, Samantha Crain earned a life lesson about the power of speaking up against perceived injustice.

But despite all the precursors, this new Samantha Crain album Under Branch & Thorn & Tree does not feel preachy or polarizing, or even like a protest album, at least to this particular listener. It feels like a Samantha Crain album. Delightfully fey, unexpected in stretches, complex at times without stretching into erudite territory, Samantha Crain’s style has always straddled lines between progressive folk, indie rock, and county, and can only be aptly described as “Samantha Crain Music.” And she’s always had a penchant for speaking about what she observes in the world around her.

Samantha does meet social causes head on in songs such as the opening track “Killer,” or in tracks about the widening divide between have’s and have not’s like “Outside The Pale” and “Big Rock,” but at no point did my antennae get piqued that I was listening to a political album. One of the things that is so maddening about the current political climate is how universal the sentiments are about certain issues, yet no resolvable action can be agreed upon because of the poison in the discourse. We can all find consensus around the fact that concentrating wealth and power in the hands of the few is a poor idea, yet there seems to be no pragmatic solution to be agreed upon. Music is not only one of the ways to illustrate this, it is one of the salves many turn to in a polarized, and often times unjust world. 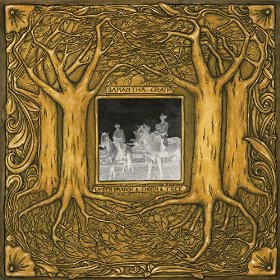 But again, Under Branch & Thorn & Tree doesn’t feel political. In fact at times Samantha strikes a chord that is curiously plaintive for her usually poetic, and sometimes interwoven themes that take some unwrapping and contemplation to fully appreciate. In songs like “When You Come Back” and “If I Had a Dollar,” she sings pretty straightforward love songs about the pining heart in fairly clichÃ© tones. But maybe this is her way of representing the universal struggles of the downtrodden, and how whether it’s affairs of the heart or financial woes, we all hurt, and in achingly similar ways.

Samantha Crain’s gift has always been the ability to marry succulent and infectious melodies in a strikingly appropriate manner to the sentiment she is looking to convey. Her melodies can be these sugar-filled grooves, or the haunting night creatures, but either way they inspire the brain to ask for repeated moments with her music, and can awaken certain moods dormant inside listeners for many moon cycles, if they had ever been awakened before.

Aiding and abetting this awakening is Crain’s producer John Vanderslice, and the approach to this album to go directly to 2-inch tape and leave computers out of the picture, yet this recording isn’t burdened by hiss or that fuzzy “vintage” feel. It’s warm without the negative side effects some records with a similar approach are plagued by. And some of the moody, spacial moments are not made possible by synth, but by tape playback and other effects to keep the organic feel cohesive throughout the record. This is the magic that makes the melodies of songs like “Killer” and “Kathleen” stick to your bones.

Samantha Crain still remains an acquired taste however. The magic of “You or Mystery” will fly right over many people’s heads, and the rambling story of “Elk City” may be a little to much to remain attentive to. But the way Samantha constructs her choruses, like in the song “Outside The Pale,” or the strings in “Moving Day,” are elements that are pretty hard to resist. A lot of fiddle and strings, and Jesse Aycock’s lap steel, bless Under Branch & Thorn & Tree throughout, and though it’s always been a stretch to call Samantha Crain country, “Big Rock” is a fun little country song, maybe the most enjoyable track of the lot, yet below the surface is a message told through perspective at the central theme of the work.

Like “Big Rock” alludes to, because of the principles Samantha Crain has adhered to in her career, and because of the way the current world is ordered, people who are unwilling to bend tend to become isolated, have to learn how to be resourceful and get by with less. But what they find is that within those limitations is a sense of fulfillment that alludes others with earthly goals and untold resources.