“Damn it, the fight isn’t in Austin and it isn’t in Los Angeles. It’s right here in Nashville, right here two blocks from Music Row, and if we win–and if our winning is ever going to amount to anything in the long run–we’ve got to beat them on their own turf.” –Tompall Glaser

Tompall Glaser in the studio control room at Hillbilly Central 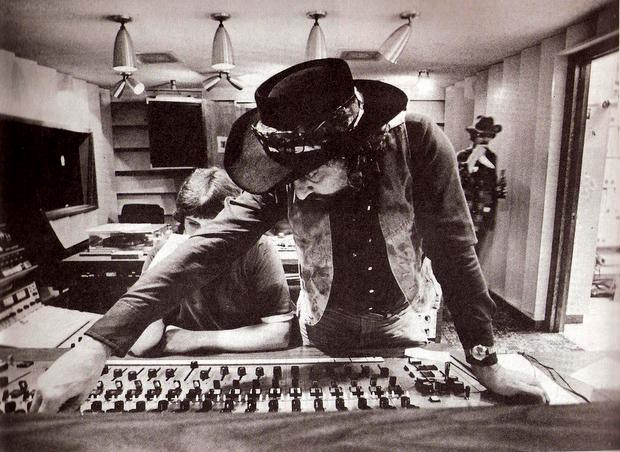 The year was 1974, and a two-story stucco office building / studio located two blocks from Nashville’s infamous Music Row at 916 19th Avenue South got christened “Hillbilly Central” by a New York-based music writer. Hillbilly Central was the brain child of Tompall Glaser, a member of the Glaser Brothers, who took the money they earned from some success in the country music business to build their own studio. With the shutters on the windows always closed, and a cast of motley characters entering and emerging at all times day or night, Hillbilly Central became this mythical place in Nashville where the country music revolution happened. 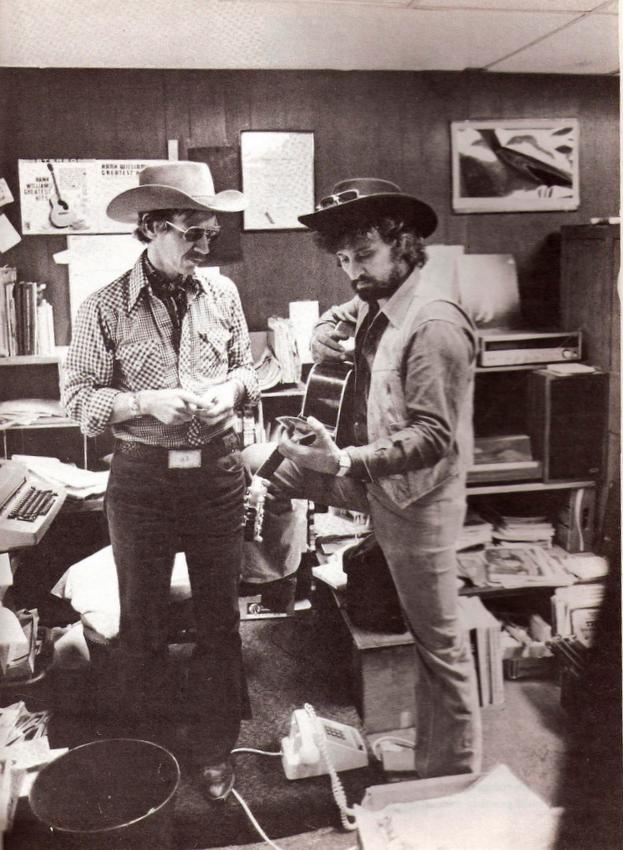 “I want to walk down the street someday and see young people coming here, writing good songs, proud to be here again. See, when I first came here, a lot of people were proud to be here. It was a good feeling. It gave you pride. You didn’t give a shit whether the rest of the world liked you or not. And we were the underdogs and the niggers of the music business. Our music was the least respected of the music business, but we had our pride among ourselves. The public can sense–and individual can sense–when something is real and when it isn’t. The people know.” –Tompall Glaser

The Front of Hillbilly Central – Circa late 70’s 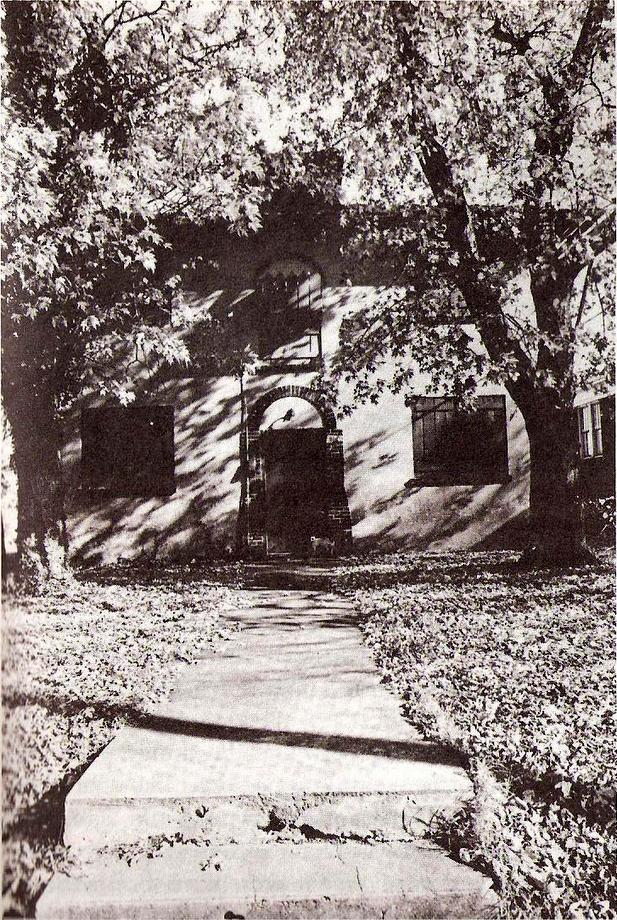 Hillbilly Central was a studio where the clocks and budgets didn’t matter. Fostering the creative process is what mattered. The first floor was offices / apartments where ideas came to life. The 2nd floor was the studio, state-of-the-art in its time. This was the mecca where Waylon Jennings, Billy Joe Shaver, Kris Kristofferson, Jimmy Buffet, Kinky Friedman, John Hartford, Shel Silverstein, Mickey Newbury, and many others can to lay down some of their most memorable tracks. Hillbilly Central secretary Hazel Smith is the one that coined the term “Outlaws.” 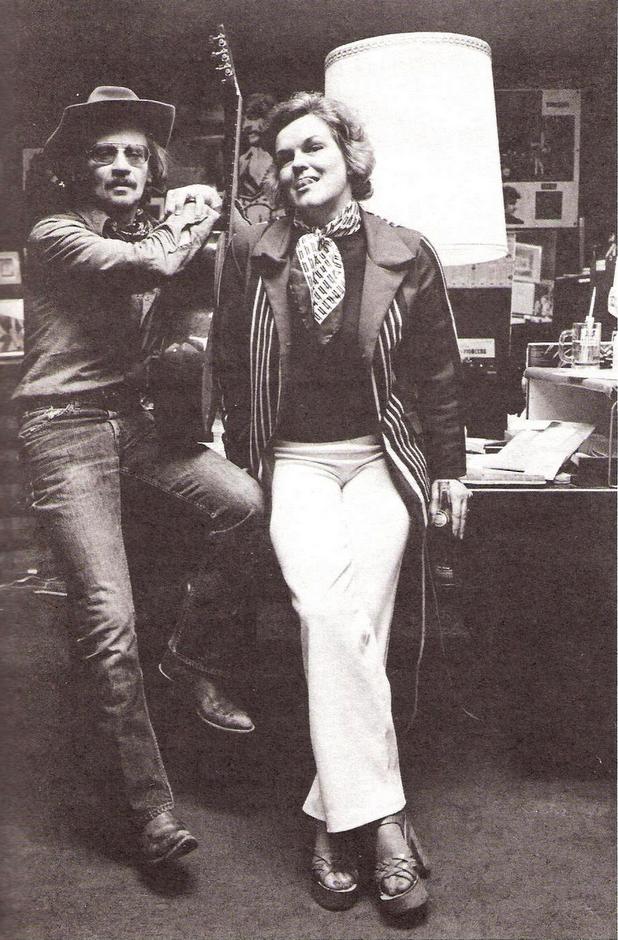 “That building was a fortress. It was a place where they could go and hide. It was home to them, and there were no Picassos on the wall. I remember someone once suggested that there was a black cloud over that building, but I never did really feel that. I felt like it was a building that housed a lot of love for a lot of people. Both Waylon and Tompall felt that, somehow or other, the world was against them, you know.” –Hazel Smith 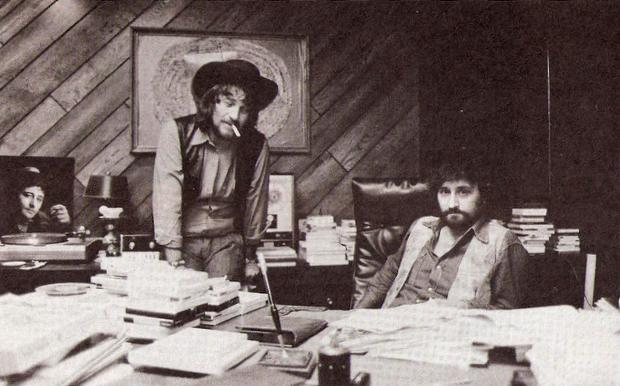 Before renegade studios like Tompall’s Hillbilly Central and “Cowboy” Jack Clement’s JMI Recording, the vast majority of Nashville’s records were cut in a few select studios, RCA’s Studio “B” in particular with Chet Atkins usually ruling the roost. Country artists weren’t allowed to record with their own bands. Only studio musicians who could be counted on to be efficient enough to keep costs in line. Many artists couldn’t even pick the songs they were going in to record.

Inside the Hillbilly Central Studio 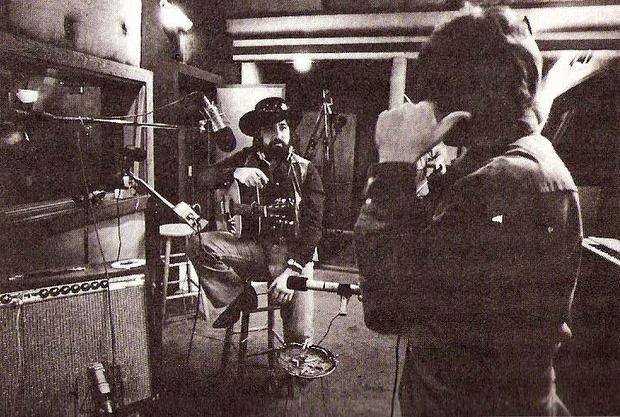 “When we started, people thought we were going to destroy Nashville. Who wants to destroy Nashville? It’s a long way from my mind. But if a guy can’t offer up a good, decent alternative, he should shut the fuck up. But if he’s got a good, decent alternative, all he’s got to do is keep doing it, and pretty soon the whole fucking industry will be doing it, because there are too few people in this town that know what the fuck to do. Because they don’t love it; they’re doing it for the fucking salary.” –Tompall Glaser 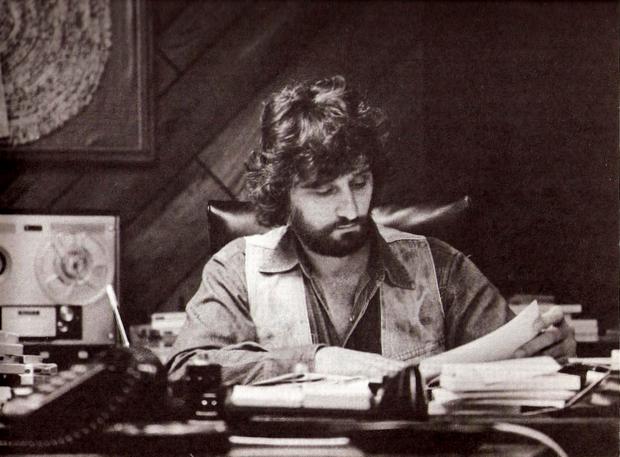 Nashville was outright afraid of Tompall Glaser and Hillbilly Central. The polished and purified “Nashville Sound” is what ruled Music Row at the time: a system built on fitting into tight budgets and taking no risks. “Hillbillies” and their steel guitars and fiddles were what Music Row was running from. But the music wasn’t the only threat. Tompall Glaser was a shrewd businessman too, and that is what made him so frightening to Music Row.

Tompall and the Outlaw spirit of Hillbilly Central is what led to the album Wanted: The Outlaws, the first platinum, million-selling album in country music history.

Eventually Tompall’s passion became too much. Tompall and Waylon Jennings had a falling out, and the most important renegade studio in the history of country music eventually closed. Today 916 19th Avenue South is the home of Compass Records.

All pictures and quotes originally appeared in the excellent, out-of-print book Outlaws: Revolution in Country Music by Michael Bane, copyright 1978. All pictures taken by Leonard Kamsler.

This article was inspired by the unfortunate truth that except for a miniature 175 x 150 picture, no images of Hillbilly Central could be found anywhere on the internet.