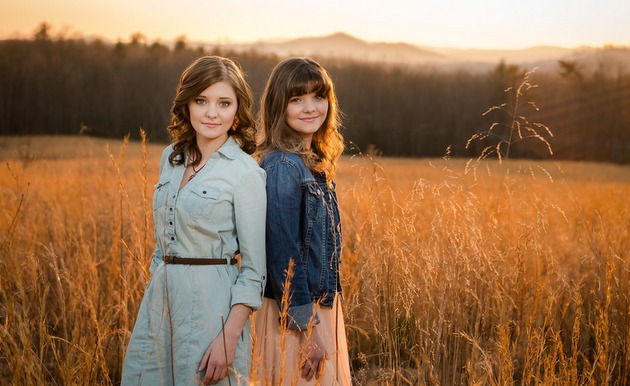 Traditional bluegrass, gospel, and country twin sister duo The Church Sisters have signed a development deal with Scott Borchetta’s Big Machine Records. The 18-year-old sisters from the coal mining region of Dickerson County, Virginia have created a very strong grassroots fan base from their startling harmonies and many years of performing from an early age, and are finally getting their chance to take their talents to a bigger stage.

“Within the next 12 months we’ll be working with them on our look and our sound, and going in the studio and making a demo album,” Savannah Church said to the Winston-Salem Journal recently. “That will get us up to the point of whether or not we’ll be doing a record deal with them.”

Saving Country Music has highlighted The Church Sisters on numerous occasions as a singing duo that could have a significant impact on mainstream music if given a chance. A 2013 piece called “Singing Sisters Help to Save Country Music with Harmony said, “Sisters Sarah and Savannah Church bring some of the most exquisite harmonies to their love for traditional country and gospel music, and have all the potential in the world, whether they decide to stay performing more traditional material, or try and branch out into original compositions.”

As Savannah Church says, “We’re trying to move into a different direction as far as music goes.”  The sisters’ first two albums consisted of mostly bluegrass and Gospel standards. Their most recent, self-titled album released in June is more country. “We wanted to have a different sound. It’s more of a country-sounding album than bluegrass. That’s the kind of music that’s original to us. It’s the first time we’ve played music that we’ve written.”

The most obvious question is if Big Machine will attempt to reshape the sound and image of The Church Sisters to create mainstream appeal, or if they see commercial potential in what they are already doing, and will allow the sisters a level of creative freedom. Though Big Machine might be most famous for launching Taylor Swift and Florida Georgia Line, they also have allowed bands like The Mavericks and The Cadillac Three to call their own shots, and have allowed younger artists like Swift and Maddie & Tae a large degree of leeway in the direction of their careers. It’s also interesting that Big Machine would be after another female singing pair after launching Maddie & Tae just last year.