Trent Reznor Has a CMA Award Due to Lil Nas X. Here’s Who Doesn’t. 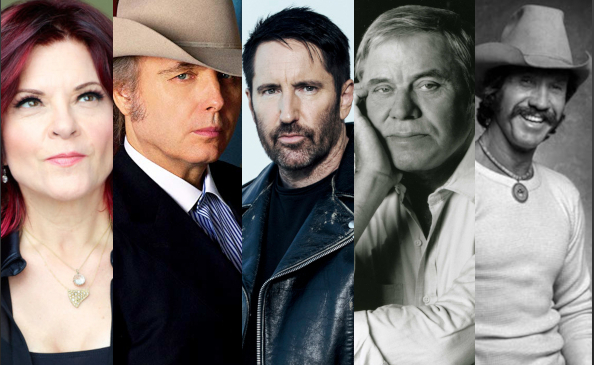 As easily predicted, Lil Nas X and Billy Ray Cyrus won the 2019 CMA Award for Musical Event of the Year for their collaboration on the genre-bending summer smash “Old Town Road.” The win was announced early Wednesday (11-13) on ABC’s Good Morning America program ahead of the CMA Awards later in the evening, along with Kacey Musgraves winning Video of the Year for “Rainbow.”

As well as the win being rabidly predictable, it’s hard to say that it’s undeserved. “Old Town Road” was an event-and-a-half in 2019, or more like an Odyssey, with all the drama and intrigue any song could possibly accrue following along its flight path to becoming the longest-running #1 on the Billboard Hot 100, regardless of how misguided and manufactured by the media it all was. And if “Old Town Road” was going to win anything, this was the award it was most qualified for. The Musical Event category sometimes features collaborators from outside of the genre, if you want to consider Lil Nas X an outsider to country and not the rightful heir to the country music castle for wearing a cowboy hat and including a ripped banjo sample in his one song that can be construed as country, of course.

But even if you’re a staunch country music purist and want to check Lil Nas X and “Old Town Road” at every turn, it’s hard to get too worked up about the song winning an off-camera, also-ran award. Be happy they gave him something, because otherwise the howls from the media outside of country that love to slam and mischaracterize country music, and that have all employed outright lies to defend Lil Nas X from feigned abuses, would have been incredible, and probably still will be since he didn’t win any and all awards he was eligible for.

Also, for the people who say it’s an offense to not have Lil Nas X on the CMA Awards presentation proper (which are surely coming), trust me, the CMA’s would have given a kidney to have him on the presentation this year. It would have been a ratings boon during this era when appointment television is dwindling in stature. But Lil Nas X announced at the end of September that he was stepping away from the public spotlight for a while. It was Lil Nas X’s decision not to be there. Not the CMAs, or “country music.”

In a strange plot twist to “Old Town Road” winning a CMA Award, so does industrial artist Trent Reznor, known as the sole member of the band Nine Inch Nails. It’s Reznor’s banjo sample from the Nine Inch Nails song “34 Ghosts IV” that Lil Nas X stole for “Old Town Road,” only asking permission to use the sample after the song was blowing up. Reznor was eventually credited as a “producer” on “Old Town Road,” which means he shares in the CMA honor. That’s right, Trent Reznor now has a CMA Award.

And good for him. Trent Reznor has been an incredibly creative and influential musician for decades. But one of the arguments against allowing Lil Nas X and “Old Town Road” free reign in country music has always been that it overshadows artists and bands who devoted their whole lives to the genre, and have never received a dream-making accolade like a CMA Award. For example, with “Old Town Road” winning Musical Event of the Year, it beats out “What Happens in a Small Town” by Brantley Gilbert and Lindsey Ell. Granted, that’s not a particularly great song either, but these two performers are a perfect example of artists who’ve worked within the country fold for years, yet have never been graced with CMA hardware.

In fact the list of country artists that have never won a CMA Award like Trent Reznor and Lil Nas X now have will shock you, and includes Country Music Hall of Famers, and bona fide legends who are household names. Lil Nas X and “Old Town Road” have already won numerous awards, and are likely to win more come American Music Awards and Grammy time. But Country Music Association Awards are supposed to be for country artists. Trent Reznor and Lil Nas X now have one. But inexplicably, these men and women don’t.

EDITOR’S NOTE: This story has been updated. A previous version claimed that Marty Stuart had not won a CMA Award. Marty won the 1992 Vocal Event of the Year with Travis Tritt.