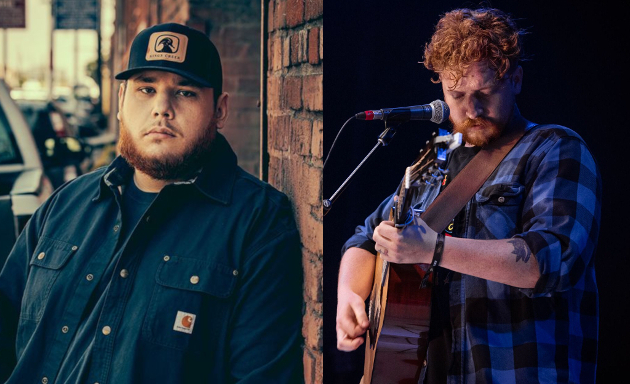 It may not exactly be the Grand Ole Opry, but earning an opportunity to debut on the Austin City Limits stage for an appearance on the longest-running TV music program in American history is still a distinct honor, and one now Tyler Childers and Luke Combs will be enjoying during the upcoming season.

Announced on Tuesday (2-18), upsurging Kentucky songwriter and performer Tyler Childers will get his opportunity on the stage March 24th for his first ACL taping at the Moody Theater. The appearance will come amidst Tyler’s arena tour with Sturgill Simpson starting this week, which will be in Texas about the same time as Tyler’s appearance on the ACL stage. Though this will be the first time Childers will be on the show with his band, he did make a guest appearance previously with John Prine in 2018. Now signed to a major label and with a #1 record under his belt in 2019’s Country Squire, Childers certainly deserves the distinction.

Speaking of distinctions for Childers, a resolution was recently forwarded in the Kentucky House of Representatives to erect signs along the Country Music Highway in his native Lawrence County proclaiming the “Home of Country Music Artist Tyler Childers.”

Then on April 27th, Luke Combs will receive his opportunity. Already a member of the Grand Ole Opry and the biggest thing going in country music at the moment, Combs certainly doesn’t need the exposure of the ACL stage, but is a hard pick to criticize as one of the men of mainstream country doing his part to return some of the twang back to country music.

Also announced as part of the new batch of tapings is The Avett Brothers on April 29th, who will be making their fourth appearance on the show. Those who want to be in attendance will have their opportunity to enter for free tickets through the ACL system before the performances. Stay tuned for the possibility of the tapings being streamed as well, which happens for some ACL appearances, but not all.

Though these are two big opportunities for deserving performers, it remains quizzical why Ray Wylie Hubbard still has not made an appearance on the show except as a guest of others. With the charge of Austin City Limits to showcase locally-grown talent first and foremost, a Ray Wylie Hubbard appearance is well past due. Another name that should be considered for the coming seasons is the red hot Mike and the Moonpies. From Austin proper, and coming up through the city’s dancehall circuit, their last record Cheap Silver and Solid Country Gold earned significant critical praise. They would be a perfect fit for the Austin City Limits stage.

Speaking of the Grand Ole Opry, its parent company Ryman Hospitality Properties recently purchased the mixed use block-sized development known as Block 21 in Austin, which houses the Moody Theater where Austin City Limits is taped. However the production company that runs the TV show is a separate entity.