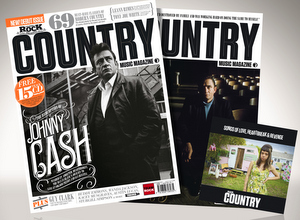 If you’ve been wishing for a print magazine that would cover cool up-and-coming country artists right beside the big names, and not just focus on the here and now but take the time to look back on the past greats of the genre, well you may just have received your wish. From the same people that have been publishing England’s high quality and highly-circulated Classic Rock Magazine since 1998 comes Country Music Magazine presented by Classic Rock, with the inaugural issue being released September 11th.

The first issue features a cover story on Johnny Cash and how he fought back from depression and  drug addiction to release his two greatest albums At Folsom Prison and At San Quentin. The issues also includes features on Leann Rimes and her new album Spitfire, Kacey Musgraves, Guy Clark, Steve Martin and Edie Brickell, Wanda Jackson, Tony Joe White, and an exclusive interview with pedal steel guitar legend Buddy Emmons.

And best of all, right beside these big names are features on Sturgill Simpson, Austin Lucas, Fifth on the Floor, UK’s My Darling Clementine, Case Hardin, Carrie Rodriguez, and more. UK-based or not, its hard to look at this first issue and accuse them of not knowing their way around country music. The 132-page magazine will also feature a free 15-song CD of the artists it included in each issue.

There will also be a two hour, weekly radio show that  will launch on Sunday September 8th on TeamRock Digital One radio. Hosted by Rob Hughes, who has a wealth of experience presenting country on 6Music as well as contributing to the magazine’s Johnny Cash cover story. The shows content will largely reflect the content of the magazine, playing the songs by the artists interviewed each quarter.

Once again, leave it to European-based organization to take up the slack where the American market has lapsed in covering its own indigenous art forms. As Country Music Magazine is proving, the appeal for true country music from the past and present is international, and deserves more attention. And who knows, you may see some contributions from some of your favorite country music writers you’re already familiar with 😉 .

Country Music Magazine can be pre-ordered now for £9.99 (roughly $15 US). Stay tuned for more info about US availability and distribution. 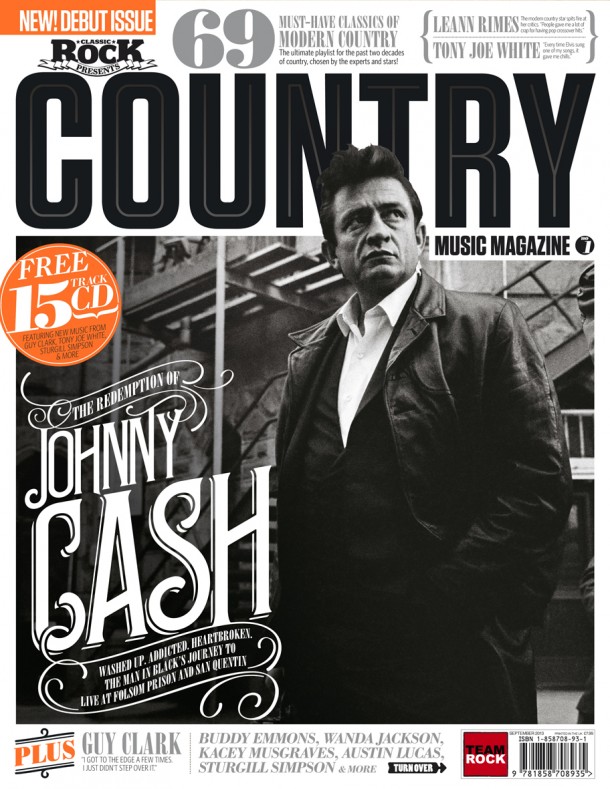