Um, Something Is Brewing in Tyler Childers Land 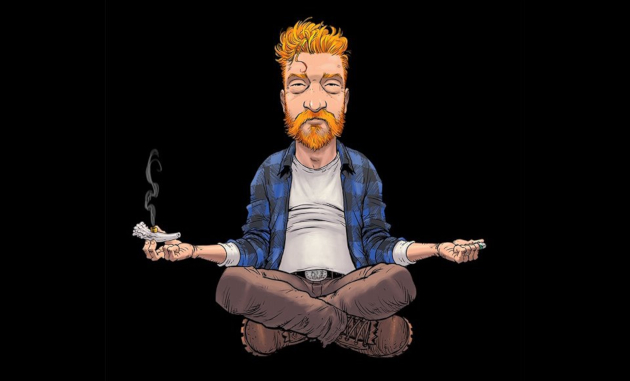 You gotta love when one of your favorite music artists starts massively screwing with you head with cryptic verbiage and imagery, making you rack your brand about what it might be all about. These days this usually means new music or some other big development is on the way, and that’s what fans of Tyler Childers are hoping for after being greeted by couple of strange anomalies popping up on the internet Tuesday evening.

On YouTube, the countdown to a live event has been posted by the official account of Tyler Childers set to go off Thursday, May 16th at 7 a.m. Central, 8 a.m. Eastern (see below). Also showing up on a fan forum of Sony Music is what appears to be a pre-save signup for new music in exchange for your email address. Both places are adorned with Tyler Childers sitting Native American style and smoking an antler pipe.

Tyler Childers is about due for new music. His last record Purgatory produced by Sturgill Simpson was released on August 4th, 2017, which would put him near two years if he announced a new album soon. Purgatory was released through Thirty Tigers, not Sony, so perhaps Childers has signed to the major label.

UPDATE: Saving Country Music has CONFIRMED that Tyler Childers has signed with Sony Records. More information on the specifics of the deal soon.

Tyler Childers has been on a tear since releasing Purgatory, selling out shows left and right, and becoming the fastest-rising performer in all of independent country music. The Kentucky native was a relative unknown for many years, though highly revered by local populations, until Sturgill Simpson’s drummer introduced the two, and Simpson decided to produce a record for him with David Ferguson.

Adding even more intrigue, though likely completely unrelated, another YouTube account called KO Outdoors Music Station has just posted four videos that claim to be new music from Tyler Childers with the same image being used on the official YouTube countdown clock and the Sony signup page. However the music sounds like bootleg material, and includes songs Childers has been playing in concert for a while like “Fraulein” and Pink Floyd’s “Time.” So unless it’s a live album coming from Childers, it may just be something to snooker people. It’s still some good listening though (but perhaps unauthorized).