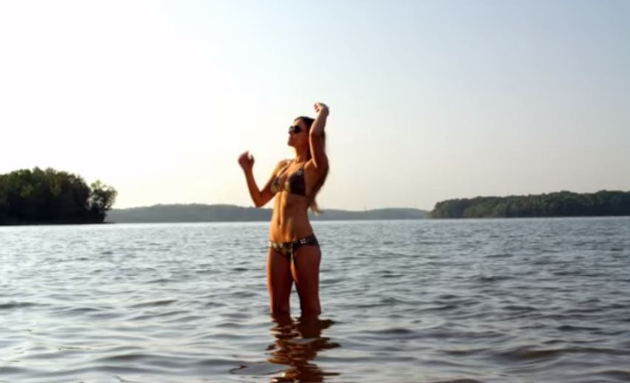 Those who’ve been closely following the trends in country music over the last few years have had a sense that songs that objectify and denigrate women have been on the rise, but it was only anecdotal evidence that we could call upon to corroborate this claim. Now a study out of Texas Tech University in Lubbock has put detailed research behind the subject, and proven that the Bro-Country era is not just bad for the quality of country music, but could be having lasting societal effects beyond the radio dial.

Dr. Eric Rasmussen—a Professor at the College of Media and Communication at Texas Tech University, who earned his Ph.D. at Ohio State University—spearheaded the study called “Girl in a Country Song: Gender Roles and Objectification of Women in Popular Country Music across 1990 to 2014.”

“Girl In A Country Song” was a #1 single for the country duo Maddie & Tae in 2014. It was seen as the antitheses of the Bro-Country trend reigning supreme in popular country music at the time by calling out the negative portrayals of women in country.

The study also found that modern country songs talk less about women being empowered, and less about women in non-traditional roles, and that it’s mostly songs from men that deliver these negative and objectified portrayals of women.

“What we found was that country lyrics in the 2010’s talk about women’s appearance more, talk about women in tight and revealing clothing more, refer to women using slang more and rarely use their names,” says Eric Rasmussen to Texas Tech Today. “Country music has generally been seen as the most wholesome music genre, but what this research is saying is that may not be the case anymore.”

Dr. Eric Rasmussen, who is the father of four daughters himself, works specifically in the field of media and how it influences children in various stages of their life, and how parents communicate with their children about the media. He regularly posts his findings on his ChilderenAndMediaMan blog. Rasumssen says the influence of pop in country is what has caused the backsliding of the lyrical quality and the respect women receive from their male counterparts. Where country music used to be one of the safe places for family listening, it is no longer.

“You hear about crossover country where it has incorporated lyrics and beats and other characteristics of pop,” Rasmussen says. “Country music is not that old, but it’s not steel guitars anymore. It doesn’t have that twang anymore. It’s more pop, more mainstream and the ratings are driving it. I don’t know if that says more about the industry or the listeners, because we’re the ones buying it. But I think it’s important to be aware of this, especially for parents, because there rarely is a safe place where you can escape the message that women are objects … I tell my daughters all the time it doesn’t matter what you look like, it matters who you are as a person, and the more we can get that message to people, the better.”

As Dr. Rasmussen tries to drive home, this is not just an argument about taste or even the definition of country music—it’s about how country music could be driving a declining perspective in how girls and women are perceived, both by males and females themselves.

“I think the reason we did the study in the first place is because research shows this type of music can have an effect on people,” Rasmussen says. “If this is the message they hear, they’ll think it’s acceptable and normal, and people normally try to go with the flow and match their attitude to what they think is acceptable in society. But we want to educate people about what’s happening, that the media does have an effect and that it’s not OK to demean women in this way.”

In September of 2015, country superstar Luke Bryan said that he found the term “Bro-Country” to be “degrading.” But it’s the music of Luke Bryan and others that’s degrading, and potentially causing issues beyond the music.