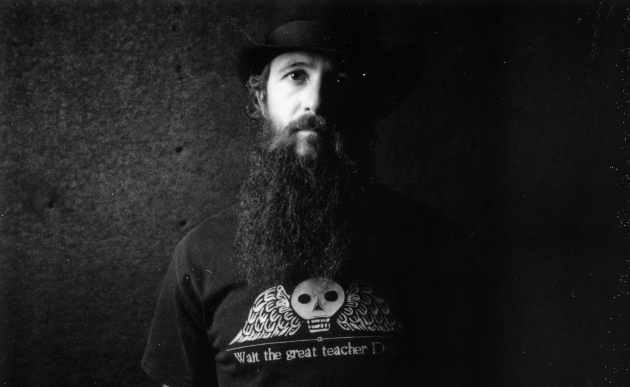 Cody Jinks has been taken to the hospital after attempting to play a show on Friday night (6-22) at the SumTur Amphitheater in Papillion, Nebraska near Omaha. After performing multiple songs, he began complaining of dizziness and was taken away from the venue in an ambulance according to concertgoers.

After opening the show with his current single “Must Be the Whiskey” and playing the first portion of his set standing at center stage, Cody Jinks removed his characteristic black cowboy hat, and sat down in a chair. “Alrighty guys, I’m gonna sing until I fall over,” Jinks said after sitting down. “I don’t know what happened. I got dizzy as hell.”

Cody continued to attempt to play, performing four songs after taking a seat. But then after clearly struggling to sit upright, he told the crowd, “Hey guys, they’re gonna take me to the hospital, alright. I’m sorry. I’ve been doing this for 20 years and this had never happened. I’m gonna come back and make this up to you guys. I’m so sorry. I’m not drunk. I don’t know what happened. I’m having a tough time right now.”

The crowd clapped and called out Cody’s name, seeming to understand, and seeing he was in no condition to perform. Fans in attendance said he did everything he could to finish the show, but couldn’t, and that he played for about an hour despite the health issue. When he walked off the stage, the ambulance was immediately waiting for him. The show was opened by Ward Davis and Tennessee Jet.

Saving Country Music has reached out to the management of Cody Jinks to check on his condition and for more information. As soon as more info is available, updates will be posted.

Cody’s next show is scheduled Saturday, June 23rd at The Blue Note in Columbia, MO. After that, he is off until July 6th and 7th when he’s scheduled to perform at the Whitewater Amphitheater in New Braunfels, TX.

UPDATE 6/23 10:56 a.m. CDT: Cody Jinks has released a statement, explaining he was suffering from vertigo, is doing okay now, but will have to cancel his show in Columbia, Missouri Saturday (6/23) night.

Thanks for all the thoughts and prayers.

I suffered a pretty severe onset of vertigo on stage last night in Omaha. My blood pressure spiked and I was taken to the hospital to get checked out.

Unfortunately, I won’t be able to play Columbia Missouri tonight, which breaks my heart. Everyone knows that’s one of my favorite places to play.

On the bright side, I have a couple of weeks to get right. Playing music is my life and I’ll be back out sooner than later.

Thanks again for the well wishes. Cody Jinks.

Video can be seen of Cody attempting to play below.