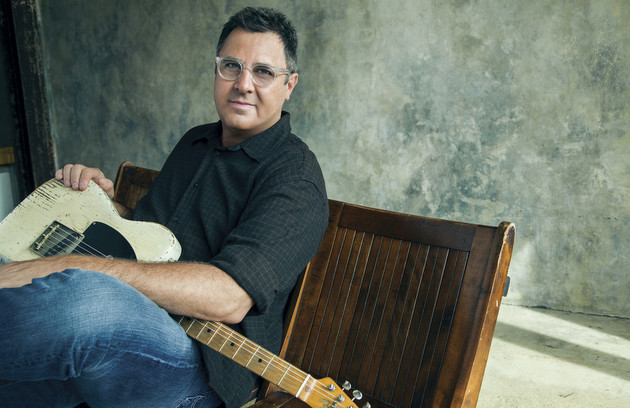 For a while, we didn’t know if The Eagles as traditionally comprised would even keep going. The word from the last founding and principal member Don Henley was that the death of Glenn Frey in January of 2016 was the end of the road for the legendary country rock band. But we know how these things can go. The band once named a new album and subsequent tour Hell Freezes Over to make fun of the fact they said they would never do it again, and did. Blame how the money is just too rich to let go of, or that the music of The Eagles holds such a sway over the hearts of America, but it’s hard to see The Eagles ever going away while principal members are still around.

But you can’t just replace Glenn Frey with anyone. He’s the 1A of the Eagles to Don Henley’s 1B. But a country music fan can’t be too disappointed, or too surprised, that the band has chosen Vince Gill to help with frontman and guitar duties for the band in a few select shows coming up as part of a bicoastal festival called “Classic West and Classic East” comprising shows at Dodger Stadium July 15th and 16th, and Citi Field in New York on July 29th and 30th. Glenn’s 24-year-old son of Deacon Frey has also been recruited.

“While I was still in shock during some interviews after Glenn passed away, I did say that I thought that was the end of the band,” says Don Henley. “But I reserve the right to change my mind. Ralph Waldo Emerson said, ‘A foolish consistency is the hobgoblin of little minds.’”

The appointment of Deacon Frey for fill in duties makes perfect sense. But what makes a country boy like Vince Gill think he has the ability to fill some of the biggest shoes ever rendered vacant in American music? Well, 21 Grammy Awards, and incredible voice, some of the most underrated guitar chops in music, and a longer lineage with the music of The Eagles than one might think, including covering the very difficult “I Can’t Tell You Why” on an Eagles tribute compilation years back, and working intimately with Don Henley on his recent country record Cass County.

“In a million years, I never would have seen this coming,” says Gill to the LA Times. “It’s pretty surreal. I turned 60 recently, and to get to be a part of this amazing legacy of songs, that’s the greatest part of all this for me.”

You can only imagine the honor Vince Gill must feel to even be asked, let alone take the stage as an honorary member of a band that looms as large in his ethos as The Eagles. And what does Vince Gill have going on in country music? Unlike rock music where many of the biggest acts continue to be legends, country music regularly puts its aging artists out to pasture. It give Vince Gill the opportunity to pick, sing, and contribute to large crowds once again, and maybe even turn some rock fans onto his soulful collection of country classic the radio never plays anymore.

Will this be more than just four shows in two locations? Will Vince Gill become part of The Eagles’ auxiliary, or a permanent superstar member like Joe Walsh did back in the 70’s? We’ll have to see. But with the undeniable influence that The Eagles clearly had on the country music of the 80’s and 90’s, and how much importance Gill had to country music during that same era, this pairing makes perfect sense.