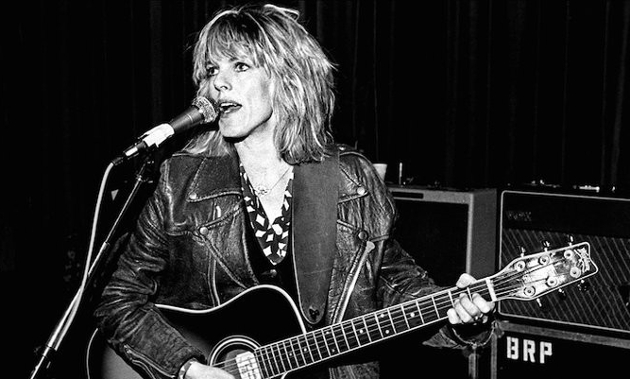 The timeline of country music is not delineated by months, years, or decades. It’s pinned and articulated by albums and songs that went on to revolutionize the music in some way that was historically and culturally significant, whether the commercial registers were in consensus with them or not. We’re talking about albums such as Willie Nelson’s Red Headed Stranger, and Sturgill Simpson’s Metamodern Sounds in Country Music. Whatever country music was before, it was something significantly different afterwards. And often over time, reflection bolsters opinions about the significance of these works instead of eroding them, until the making of the albums and the legacy they leave take on an almost mythical status.

Car Wheels on a Gravel Road by Lucinda Williams is one of these such works. Though it’s impact would be better to categorize within the Americana sphere instead of country music proper, it was its release and reception that arguably created Americana as a robust and viable creative outlet to counteract country music’s more commercial focus. In the reverberations of Car Wheels on a Gravel Road, the rowdy and rag tag elements of “alt-country” coagulated around a common purpose, or at least a common consensus in a scene known for rabid independence. Nobody could agree on what “Americana” even meant. But everyone could agree that Car Wheels on a Gravel Road released on June 30th, 1998 was absolutely badass, and so was Lucinda Williams for making it.

By all accounts, the making of the record was nauseatingly tedious at best, but probably more fair to characterize as downright tortuous for all involved. This was not a project where like-minded musician buddies hunkered down in a studio for a few weeks while Lucinda sat behind a legal pad, chewing on a pencil and making final revisions to lyrics awaiting her turn at the microphone. Lucinda Williams started making the album in Austin, TX with noted musician and producer Gurf Morlix in 1995. After getting the record to a 90% completed mark, Lucinda basically scrapped everything she had and started over, working with fellow alt-country/Americana founder Steve Earle who said later, “[It was] the least amount of fun I’ve had working on a record.”

A third producer was eventually brought on board in the person of Roy Bittan, famous as the keyboardist of the E Street Band. By most accounts, he was the one that saw most of the final recordings through to the end. One footnote to the record often under-reported was that Rick Rubin was also involved. Recording of Car Wheels on a Gravel Road first came about when Lucinda signed to Rubin’s American Recordings label, and he apparently offered executive guidance throughout the process. But the record was eventually released through Mercury, not Rubin’s American. Lucinda’s temperament, and her insistence on getting everything absolutely perfect is cited as the reason that an album that sounds like it was recorded in a week took the better part of three years to finalize. 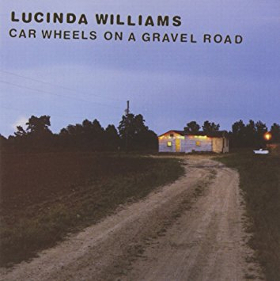 But perfection is certainly not at the heart of the appeal or staying power for Car Wheel on a Gravel Road. Instead it’s the sloppy, sticky, loose feel of it all, carried upon the words of Lucinda’s candid and real character recitations that make the record feel like the ultimate insight into the disheveled mind of the broken hearted. Agro Los Angeles music curmudgeon Jonny Whiteside once semi-famously labeled Lucinda Williams the #1 Most Lame Americana act, calling her voice “whiny.” Though Jonny was right in his assessment stylistically, what he failed to grasp is that the nearly 900,000 people who would eventually buy a copy of Car Wheels loved Lucinda’s unhinged and emotional delivery. It’s exactly what made her so appealing.

Lucinda Williams is a beautiful mess, and the accounts of the creation of Car Wheels on a Gravel Road work to confirm this. She is a woman who you envision losing her car keys every day for 40 years straight, until someone resolves she probably shouldn’t be driving anyway. And within that mess, a sizable amount of people see a part of themselves, and can relate so intimately that it’s almost impossible not to be compelled. Lucinda Williams is the true poet archetype housed in a wild, rock and roll world. That’s not to say Car Wheels is poorly crafted. A who’s who of Americana such as Buddy Miller, Greg Leisz, Jim Lauderdale, Charlie Sexton, Emmylou Harris, and even excommunicated producers Gurf Morlix and Steve Earle all lent their talents to a record that most now 20 years later consider as a masterpiece.

The music, and Lucinda’s voice deserve all the credit in the world for this nearly universal assessment, but ultimately Car Wheels on a Gravel Road is an album of words, songs, and most importantly, places. Where so many records start with emotions, characters, or events to build a story around, Lucinda Williams utilizes location. Just like the broken-hearted and downtrodden characters she evokes with stupid amounts of ease throughout the record, she chooses backwater and often beaten-down Southern locales such as her hometown of Lake Charles, Louisiana, and West Memphis, Arkansas to tell her stories. Just like the humans in the songs, Lucinda is able to impart a level of dignity to these places through her songs to the point where they’re almost magical. You don’t just sense the characters as you listen, you visualize them in their native environs, or coming and going from them—Greenville, Jackson, back to Lake Charles, and parts in between.

It’s the dirtiness of it all that makes the songs of Car Wheels stick to the bones. Nobody ever made concrete and barbed wire sound so poetic, or conveyed the pining of a heart as well as Lucinda does on the album’s opening number, “Right In Time.” It’s her “whiny” capacity employed as an asset that makes the mundane sound eloquent and erudite. And these are songs with impact. Arguably the greatest of the set—“Drunken Angel”—set an entirely new generation in search of Blaze Foley records, of whom the song is about. The sole cover song of the album—“Cant Let Go” by Randy Weeks—arguably made Randy’s career, and Lucinda’s too. The song would go on to be nominated for a Grammy. Car Wheels on a Gravel Road would go on to win the Grammy for Best Contemporary Folk Album.

But winning awards and selling nearly a million records wasn’t the reason Car Wheels was made. This was a non commercial Americana record that exploded simply from the power of the expressions, and just as much in rock circles as folk and country. The album became so reverberating and long lasting, it doesn’t feel like 20 years has passed because you just listened to it last week. The album’s impact and influence is as strong as ever. It is the bedrock from which the strength of Americana has emerged. And from underground songwriters hacking away in local bars, to major recording artists playing to arenas, you can trace many tentacles back to Car Wheels on a Gravel Road.

And it’s impact on country music can’t be denied. The power of Car Wheels on a Gravel Road was so significant, it created and important fissure in the genre—and alternative gravel road for artist to navigate down if they so chose. It was one where commercial interests weren’t the primary factor in the music, creative persistence was. But it was also one that if you did something as groundbreaking and significant as Car Wheel on a Gravel Road, you could still find overwhelming support, acceptance, success, and acclaim.

Car Wheels on a Gravel Road is the dirty American experience set to music.