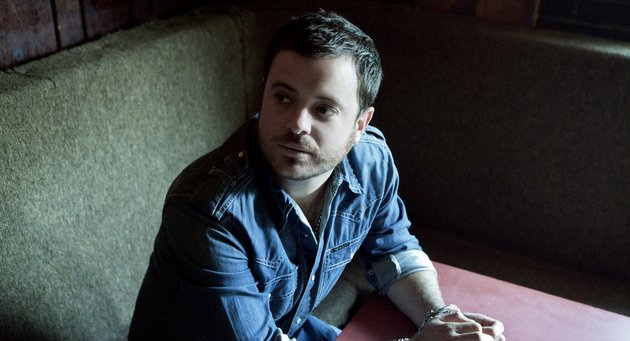 Some will tell you that when you get to the very top of Texas country it becomes difficult to tell the difference between it and Nashville. It’s true that with your foremost Texas acts like Eli Young Band, Randy Rogers Band, Josh Abbot Band, and Wade Bowen, there’s an element of pragmatism to their sound. Texas country has traditionalism plenty covered with artists like Aaron Watson and Jason Eady, but some of the bands will mix a fair bit of rock and roll flair into their music, and worry more about captivating an audience than capturing strict interpretations of country music’s traditions.

This however is not necessarily a knock on them. This in itself is a tradition of Texas country that can be traced back to Willie and Waylon. Some country artists who happen to be born in Texas leave for Nashville as soon as they can and never look back, and those are the ones who quickly become synonymous with Nashville instead of the Lone Star State. Others can’t stay gone from Texas no matter how hard they try. The suits in Nashville have just enough sense to understand that something truly special is going on in Texas and that they want to be a part of it, just like a lot of Texas acts know that to bust through the corrugated tin roof of Texas country, at some point you have to make the dreaded trek to Music Row.

I-40 is well-grooved with the rubber of Texas country acts coming and going. You’ll have a band try their hand at the Nashville thing, like the Josh Abbot Band, and meanwhile another is calling it quits and heading back home, like Wade Bowen. They meet up at a Chinese buffet in Little Rock and swap stories about pencil pushers who beat themselves up trying to tame the wanton talent of Texas with only marginal success. Texas country artists are nice enough to give anything a shot with an open mind, but stubborn enough to refuse to be pigeonholed. It’s the perfect formula to drive Music Row completely mad. But they’ll keep trying, because Texas artists are the ones with the authenticity they yearn for.

Wade Bowen tried his hand with the big boys, specifically BNA Records with his 2012 release The Given. It brought him a Top 10 country album, which is a career achievement he can be happy with. But now he’s back releasing albums independently. Almost as a playful parting shot of his experience with the big time, Bowen released a track called “Songs About Trucks” written by Brandy Clark and Shane McAnally ahead of this new album. Antagonistic and timely, it took Bowen’s star and made it shine even brighter. It was assumed (at least in some corners) the song was the lead single from this new album, but Bowen was wise to keep it off and leave it out there as its own animal. The acrimonious nature of “Songs About Trucks,” though justified and poignant, doesn’t really fit the mood and spirit of this project. 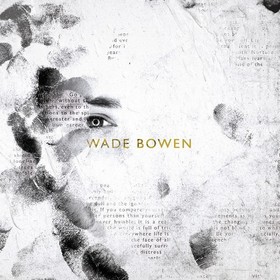 Ahead of this self-titled release, the buzz was immense. There was a sense this wasn’t going to be simply another Wade Bowen album—that his experiences of the last few years helped Wade see himself for who he really is, instead of who everyone else wants him to be.

Two songs in, and this album already delivers on any promises and expectations preceding it. “When I Woke Up Today” written by Bowen and Rodney Clawson is the type of song nobody has the balls to record anymore; songs that are both deep and sunny. And Bowen has something that trend chasers can never top, which is an established sound that immediately upon hearing it fills the listener with a warmth of familiarity. You pop this record in, and you’re immediately swept over by a change of perspective like the opening song portrays.

This is followed by “Sun Shines on a Dreamer” and a very similar mood-enhancing effect. Not just the lyrics, but the drums and bass on this song really emphasize the natural tension and resolution of the tune. Excellent arrangement and good writing makes this song one of the top standouts of the project. This album is marked by some really big songs—songs that tend go on to define a career. Yet another is the waltz-timed and mood heavy “West Texas Rain.” Count it amongst Wade’s greatest, written by Bowen with Travis Meadows.

Where you get into the material that some may say strays too near a commercial mindset, you come to a song like the up-tempo and rocking “When It’s Reckless” with its screaming guitar solos and rambunctious attitude. A couple of songs—“My California” and “Hungover”—take a smooth, almost R&B approach in the production, even though the heart of the story could still be considered a country song. The more country offerings are the solid “My Leona,” the aforementioned “West Texas Rain,” and one of the funnest moments of the album, “Honky Tonk Road,” which sees Randy Rogers, Cody Canada, and Sean McConnell each sing a verse. Other special guests on the album include Will Hoge on “When It’s Reckless” (which he co-wrote with Bowen), Sarah Buxton on “California,” and Vince Gill on “West Texas Rain.”

Releasing a self-titled album seven albums deep into your career is making a statement. “This is me,” Wade Bowen is saying, and with a cadre of great songs turned in on this album, “me” in regards to Wade Bowen is something worth listening to.