This upcoming June 15th would have been Waylon Jennings’ 75th birthday. The Littlefield, TX native died in 2002 from complications with diabetes, a disease he battled for years. Waylon fans have been celebrating Waylon’s birthday in informal “Waylon bashes” for years, from back porch picking sessions to full blown concert events in and around Waylon’s birthday. This year, The Waylon Fund, an extension of the TGen Foundation that is searching for a cure for diabetes is bringing a national focus to Waylon’s birthday bashes by organizing these various Waylon tributes into a national benefit.

From Nashville to New York, from Detroit to Seattle, fans will be getting together to raise funds for diabetes research and to pay tribute to one of country music’s biggest Outlaws. From Billy Don Burns to Shooter Jennings, from Rachel Brooke to Jackson Taylor, bands and artists will be giving of their time to help out a good cause.

“We have a built-in Waylon fan base here who are happy to support a progressive diabetes research fund in his name,” says Dana Armstrong the local organizer for the Waylon tribute scheduled for June 17 at the Yucca Tap Room in Tempe, AZ. “We have held Waylon tribute nights in the past, and if we can raise awareness and some funds for TGen in this way, I know we will have a good time doing it. Waylon’s music and pioneering spirit have always been influential to Valley Fever, and you’ll see that in a lot of the bands that play here…”

Support for The Waylon Fund from the 8 different tributes around the country happened organically. The idea started when one of Waylon’s relatives in his hometown in Littlefield contacted TGen to see if the birthday bash they were planning in nearby Whiteface, TX could go to benefit the foundation. Soon volunteers and organizers were popping up all over the country, ready and willing to help with the cause, including Muddy Roots that will be throwing the birthday bash in Nashville at Robert’s Western World, and the 3-day Honky Tonk Throwdown in Detroit.

And if you can’t make it to one of these benefits, you can do the next best best thing: put on a Waylon record and donate online. 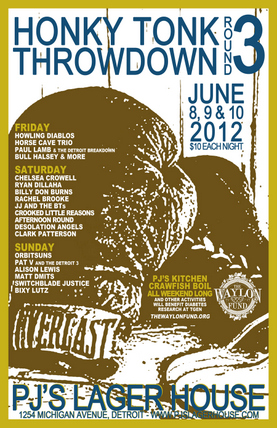 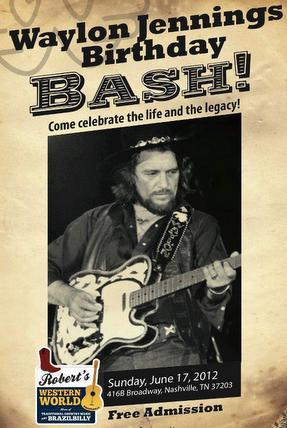 The Silver Threads
Special guests to be announced