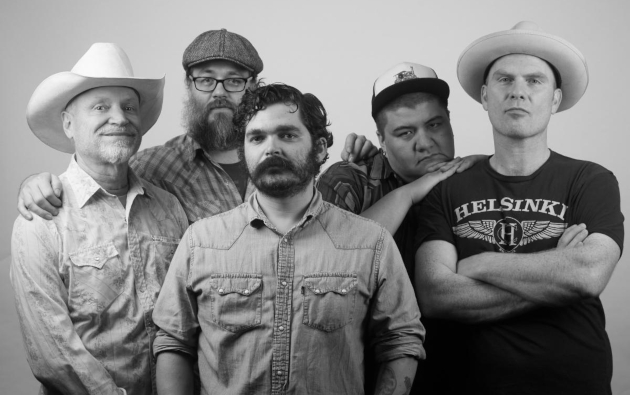 If you think a bunch of boys from the Pacific Northwest can’t bring serious heartbreaking twang to country music, then your ears have never rested upon the musical contributions of the much beloved songwriting collective known as Western Centuries. As supergroup (of sorts) assembled from parts and pieces of other projects, more and more it’s become the primary objective of the respective players after really touching a nerve with listeners who keep demanding more.

Western Centuries is getting ready to release their third record named Call The Captain on Free Dirt Records come April 3rd. With the title calling attention to the fact that Western Centuries is a band with no real frontman, it features Cahalen Morrison who has quite a following all his own from his various country projects as both a frontman and collaborator, Ethan Lawton who is known for his earlier work in Zoe Muth and the Lost High Rollers, and Jim Miller who became known through his efforts with Donna the Buffalo.

Western Centuries sees all three players swapping time on respective instruments and getting their fair share of opportunities at center stage. They’re joined on the new record once again by Nokosee Fields on bass, Thomas Bryan Eaton who plays pedal steel on all twelve tracks, and Oliver Bates Craven on fiddle, formerly of the Stray Birds. The record was produced by former Band of Horses bass player Bill Reynolds. 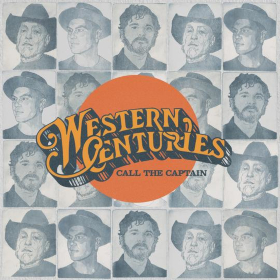 “Even if there are drums, electric guitars, and synthesizers, we all like to come at the music in a similar way as we would approach a bluegrass song; supporting the lead singer, singing harmonies, and letting the instrumentalists be featured,” says Cahalen Morrison, speaking to the three-part harmonies that make Western Centuries so fetching.

Also appearing on the record is the Father of Americana, Jim Lauderdale, who sings on a number of tracks, including on the band’s new single, “Heart Broke Syndrome” (listen below). Jim Miller says, “This song, written for a close friend, talks about the recovery process when the sudden loss of someone innocent and dear brings on grief so severe that it induces physical symptoms requiring medical attention.”

Expect a lot of twang, some really great songwriting, and a little bit of fun on a track exploring the recently-formed sixth branch of the military, the Space Force. The only thing better than a great songwriter is three of them, and that’s what Western Centuries brings to the table.

Call The Captain is now available for pre-order.

1. Lifeblood Sold
2. Every Time It’s Raining
3. Barcelona Lighthouse
4. Heart Broke Syndrome
5. No Cure
6. All the Things That I Could Say to You Right Now
7. The Sentinel
8. Long Dreadful Journey
9. Dynamite Kid
10. Space Force
11. Sarah and Charlie
12. Before That Final Bell