We’ve Confirmed That Country Radio Hides a Culture of Harassment. Now We Need The Names. 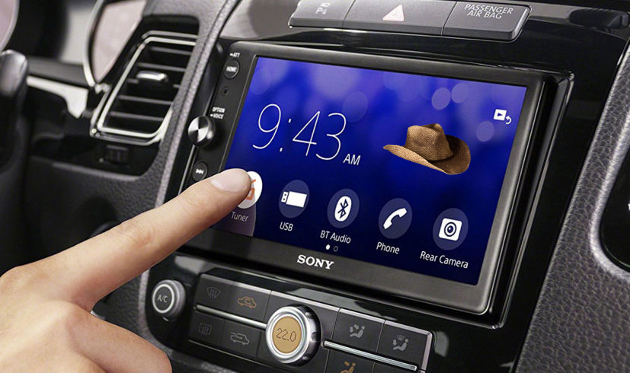 Earlier this week, Rolling Stone published an in-depth report about the prevalent culture in country radio systemically looking the other way when young artists—mostly women—are taken advantage of, harassed, and often expected to be receptive to inappropriate behavior by older men in the radio industry in order to curry favor for the privilege of having their music played on-the-air. Speaking to over 30 separate sources for the article, reporter Marissa R. Moss went into great detail about the level of harassment and inappropriate behavior, and the efforts to conceal it throughout the industry. It comes out right as the country industry is gearing up for the annual Country Radio Seminar, or CRS in February where much of the alleged harassment regularly takes place.

It’s always been assumed that such a seedy culture exists in country radio. Songs have been written about it, fictional scenarios have made it into the scripts of things such as the TV drama Nashville that are believed to mirror the real life issues young performers face. But just like with Harvey Weinstein and the other power brokers of Hollywood, the perpetrators of this inappropriate behavior hold so much sway over the success of artists, the victims either must deal with the harassment, or risk scuttling their careers and dreams in music if they go public, or even complain within their own management team and expose themselves as someone who unwilling to play ball.

Though the Rolling Stone piece is heavy on detail, it is light on names, aside from a few individuals such as Katie Arminger, who has already been outspoken about the issues she faced in a very public legal battle with her former label, as well as Stella Parton, who is the sister of Dolly Parton, and who has interfaced with the country music industry for many years, and Angaleena Presley. But along with the names of many of the alleged victims, the names of many of the alleged perpetrators of this inappropriate behavior are withheld for the same reasons this behavior has prevailed in the industry for so long—you squeal, and you pay with your career.

So the question is, now that we have a more detailed picture of what is happening, what can be done to curtail it?

The first course of action could be to ferret out these names and make them public. As we have seen over the past few months, all it takes is an allegation against an individual to bring down an entire career. When powerful country music publicist Kirt Webster was named by former country music artist Austin Rick as an abuser, his publicity firm was shut down in less than 48 hours, and Webster was rebuked by the industry. This one allegation also opened the floodgates for numerous other associates and employees of Webster to step forward and confirm the pattern of inappropriate behavior.

In the Austin Rick case, the Nashville Police Department even confirmed that there was enough evidence to bring charges against Kirt Webster, but prosecutors couldn’t move forward due to time limits via a statute of limitations. But as we have seen in many of the cases in Hollywood and the media, there doesn’t even need to be any evidence or investigations. The allegations are enough to bring individuals down. And as soon as one person speaks, many more find the confidence to come forward.

But only if you name names. Obviously if Rolling Stone had the names and the permission to publish them, they would have done so. But they didn’t because the hush culture that keeps these serial abusers and harassers shielded from repercussions is still in place in the country industry. So in lieu of focusing on names, perhaps it’s the system protecting them that needs to be taken down, or charged with more accountability by the industry—both on the radio and artist representation side—to make sure this type of behavior doesn’t persist.

It should be an imperative, for example, that young artists are never left alone in a professional setting with radio representatives. A publicist, or even a friend of the artist, or someone else from the radio side should always be present to eliminate the possibility impropriety.

Participants in Country Radio Seminar, for example, should have to sign agreements—on both the radio and artist representative side—that an artist won’t be left alone, and have it extend to off campus functions as well. Why CRS has not been tackling this issue head on with panels and seminars—let alone addressing the lack of women being represented on country radio as a primary focus—continues to astound.

In fact one theory of why women have virtually disappeared from the country radio dial recently is because much of this inappropriate behavior has been diminishing due to the revelations on the Katie Arminger situation which Saving Country Music first published two years ago, Taylor Swift’s high-profile groping case with a radio personality, the Nashville TV episode tackling this very thing, and the rising fear by many of the men in power at country radio that years of indiscretions will eventually be brought to light.

If this is the case, it’s good that the level of harassment has diminished, but ironically, it also reduced the opportunity for females to be played on country radio as a make good on a butt pinch or a thigh grope, or worse. Kacey Musgraves, who despite finding wide-reception and awards show success with her music, regularly has her country radio singles ignored tweeted out in response to the Rolling Stone article, “MASSIVE expectance (sic) on us to be extra accommodating, accessible, sexy, and kiss ass-y. Maybe it’s why you hardly ever hear me on the radio … there are great PD’s out there tho that still care about the music + aren’t creepy but yes – what I mentioned is VERY real and disconcerting.”

Decentralizing power in the country radio industry would also help reduce the risk that certain individuals who hold such demonstrative sway over an artist’s career can get away with harassing or abusive behavior. As many will tell you in the country industry, due to radio consolidation and nationalized playlists, it’s ultimately only seven or eight individuals who truly control who gets played on country radio at any given time, and the majority of those positions are filled by men. Even major radio personalities like Bobby Bones don’t get to pick the music played on their shows. And even if these particular men of power don’t engage in misconduct themselves, they have a more natural disposition to either look the other way, or protect their colleagues by staying silent.

This might be changing some naturally as well, especially if iHeartMedia’s impending bankruptcy results in a Chapter 7 liquidation, which looks to be more likely by the minute, redistributing the power over country radio to a more local level, and likely raising the level of accountability across the industry. When radio was allowed to become so big and so consolidated, it allowed for these issues to be more easily hidden or overlooked within a bloated corporate bureaucracy.

But ultimately, we need names. Even if the harassment and abuse at country radio stops with the revelations of the Rolling Stone article, the perpetrators still should be held responsible, so that the victims can find closure, and the industry can find accountability and confidence such behavior will never happen again. As was the case when former Steel Magnolia singer Meghan Linsey accused a “very powerful man in the music business” of groping her in October of 2016, since we didn’t have a name of who was responsible, nothing more could be done by the media, the industry, or the public.

One of the reasons the Harvey Weinstein behavior was allowed to continue for so long is because women were more willing to sign gag orders and take private cash settlements against Weinstein as opposed to going to the police. If one, or any of these women would have otherwise chosen to say something publicly, perhaps many more of these incidents could have been avoided, at the hands of Weinstein and others.

This is not to victim shame, or to blame victims for thinking of their best interests first—including coming out publicly in a way that could damage their careers. But it takes names to enact the true change an industry needs to resolve these abusive issues.

We have seen what can happen when names are named in Hollywood. Nashville and country music needs a similar cleaning of house, and not just in radio, but in all positions of power, to ensure women are treated with respect, nobody has to endure a culture of harassment, and the quality of the music, not the willingness of an artist to succumb to harassment, is what determines who gets played on country radio.