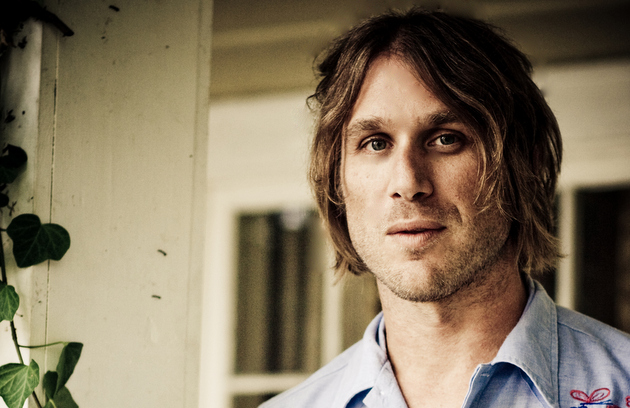 Anyone who wishes to consider themselves a good storyteller has to at least be an admirer, if not a little envious in some degree of songwriter and performer Todd Snider. Over his career, it can be argued his stories have gone on to bolster his troubadour status just as much as his songs. And anyone who’s seen Todd Snider perform a few times or more knows that Garth Brooks has been a familiar punching bag for Todd over the years.

One of the most famous flash points between Garth Brooks and Todd Snider really has little to do with Garth, and mostly to do with a songwriter named Kent Blazy. Kent was one of the writers behind Garth’s first #1 hit “If Tomorrow Never Comes” and many other Garth songs, including a song that Garth performed as a duet with George Jones called “Beer Run”. As many long-time Todd Snider fans know, Todd has his own version of “Beer Run”, and which version was hatched first became a point of contention between the two camps when the song was released on Garth’s 2001 album Scarecrow.

“I’m sitting at home, watching television and my manager calls me up and says, ‘Hey man, you know that song “Beer Run” you came up with?” Todd Snider recalls. “‘Well there’s a different version of the song that’s almost exactly like it that Garth Brooks is singing with George Jones, and I think you might have got ripped off.’ And as God as my witness, this is what I said [to my manager]: ‘I don’t have to come to fucking town, do I?'”

As Todd Snider tells the story, he didn’t even care about the issue, until… “[My manager] calls me a few months later and it’s a different twist on this story. He says, ‘Now they’re saying you took it from them.’ Now I’m thinking I may even have to dress up.”

Subsequently the two “Beer Run” sides met, and decided amicably that nobody took anything from anybody, and everyone went back about their business …. until Todd Snider was asked to play the induction ceremony for Tom T. Hall at the Country Music Hall of Fame in 2008. During the ceremony, someone pointed out Kent Blazy to Todd in the crowd as the man who wrote Garth’s “If Tomorrow Never Comes,” not knowing it was the same guy who wrote the contested “Beer Run.” So Todd Snider, being a fan of “If Tomorrow Never Comes”, walks over and introduces himself to Kent.

“I know who you are, I got in a lot of trouble last summer with you man.” Todd recalls Kent Blazy saying to him. “You wrote ‘Beer Run’, right? I wrote it too.”

“And I’m thinking in my head, ‘You took it from me!‘” Todd remembers. “So I said to him, ‘You took it from me!‘ And you know what he said to me? He said, ‘Not technically, man.’ And he explained to me the rules about how many words you can take and how many notes you can take, and I thought, ‘That’s some clever shit.’ And as he was walking away from me, I got an idea for a song. It’s called ‘If Tomorrow Never Comes’.”

So this is the story that Todd Snider has told about his revenge song “If Tomorrow Never Comes” for years, and with fuzzy details and different versions, it began to fuel the rumors of a deeper Todd Snider / Garth Brooks feud.

But that’s not the only story involving Todd Snider and Garth Brooks. 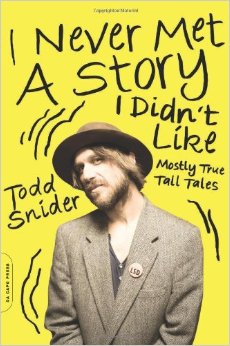 Fast forward to present day, and Todd Snider has just released a new book called I Never Met A Story I Didn’t Like. In the book, Snider raises the subject of another story about Garth he tells involving Todd’s famous song “Alright Guy” that Garth wanted to use as part of his notorious Chris Gains project.

“He told me he was making a movie, and he wanted to put my song, ‘Alright Guy,’ in the sound track,” Snider explains in the book. “He told me the story of this character he was playing in the movie, a pop singer called Chris Gaines, and how he’d created an entire history for this character, and he wanted ‘Alright Guy’ to be a song that Chris Gaines sang in the 1970s.”

Now how do you think the idea of a fictitious pop star named Chris Gaines created by Garth Brooks went over with Todd Snider?

If you listen to the story Todd has told at his shows over the years about Garth Brooks, Chris Gaines, and “Alright Guy”, it painted a different picture than how Todd truly felt according to the new book. “…I realized it would be beneficial for me, in my attempt to get laughs at my show, to pretend I knew in real time what a disastrous idea this Chris Gaines thing was. In the story, I played along and told Garth that it was a great, smart idea, knowing that he was going to fall on his ass …. I decided to exploit the idea that not everybody likes Garth Brooks to my own end. And I told myself that Garth wouldn’t be hurt by something like that, because he was so successful.”

But in I Never Met A Story I Didn’t Like, Snider reveals, “That was not in fact anywhere near true. The truth was that I thought it was going to be successful, and thought it was cool, and had hopes that it was going to do well. In fact, I still don’t think it was stupid. I think it was smart of Garth Brooks to make a creative choice that resulted in selling millions of albums. Sign me up for that kind of stupid.”

Todd Snider goes on to talk about his experience hanging out with Garth during the recording of “Alright Guy” for the Chris Gaines project, and how nice Brooks was. “Garth was a lot less music businessoriented toward me and a lot gentler and more poetic toward me than some of my supposedly art-first songwriter friends.” And when the whole Chris Gaines project fizzled and “Alright Guy” went unused, Garth Brooks sent Todd a check for $10,000. “If you’re reading this and thinking, ‘Well, that was the decent thing to do,’ I’m telling you that you’re wrong. I’ve been in this thing for twenty years, and this was ten thousand times more than the decent thing to do. This was unheard of. He owed me nothing but paid me $10,000, and apologized for that.”

As for Todd Snider’s true take on Garth Brooks? It might be the best take on the dichotomy Garth Brooks defines in country music that has been offered to date.

Because of Garth’s massive success, there’s a bit of a push and pull in Nashville about him. When you sell more records than anyone has ever sold, you tend to make more people jealous than have ever been jealous of a singer.

It’s a crock that I think prevails in this country: we bully the people who entertain us. We get on the computer and bully them. We buy magazines with pictures of them where they look fat or drunk or imperfect. And we suppose that those people’s success excuses our meanness.

Purchase I Never Met A Story I Didn’t Like