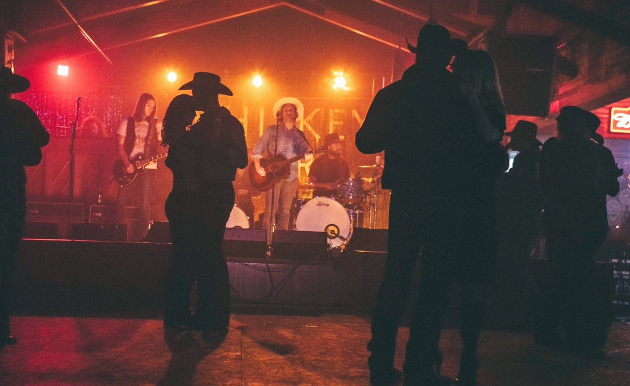 Fans of the Texas Music Southern Rock band Whiskey Myers had fair warning they would be featured prominently in the most recent episode of the Paramount Network’s original series Yellowstone starring Kevin Costner, but nobody had an idea it would result in such an incredible boost in exposure and sales for the band. TV and movie placements happen pretty often for independent bands these days, and in lieu of radio it is one stream of exposure and revenue for bands otherwise ignored by mainstream media. But it rarely results in the massive boost Whiskey Myers has enjoyed.

On the fourth episode of Yellowstone, Whiskey Myers wasn’t just featured as part of the soundtrack, the band was filmed performing in a bar, which resulted in the nearly two million viewers crashing the internet to try and find more information and music from the band. In the aftermath of the episode, the band’s most recent album Mud went #1 on the iTunes country chart, and Top 20 all genre on the hourly-updating aggregator. Also their album Firewater came in at #3 in country, and the album Early Morning Shakes came in at #9. On the iTunes country songs chart, the song “Stone” was in the Top 10. At the time of posting, all three albums from Whiskey Myers were still in the iTunes Top 10 in country.

“Getting asked to be on ‘Yellowstone’ was a cool opportunity and we are very honored to be a part of it since we are all big fans,” says lead vocalist and guitarist Cody Cannon. “It’s really awesome to see people reacting to our music, taking a two-year-old album to the No. 1 spot on iTunes. We are very thankful that people are digging it.”

“I’m very humbled by how positive the reaction has been with all the fan interaction digging the music,” says guitarist John Jeffers. “We knew that you just have to hang in there and put out quality music, and timing will present itself. After working at this dream for 10 years it’s exciting to have our moment to shine on a national stage.”

At the time the episode aired, Whiskey Myers was in the studio working on a new record. As interest swelled, the band also decided to make their records available for $5.99 for a limited time to facilitate new fans getting their taste. Originally formed in 2007 in the east Texas town of Palestine by Cody Cannon and Cody Tate, Whiskey Myers has become Red Dirt and Texas music’s go-to Southern Rock band. Their last two records were produced by Dave Cobb, and they’ve continued to build a strong fan base from energetic shows and quality songs.

The series Yellowstone centers around the famous American National Park and the conflicts that arise between the shared borders of a large cattle ranch, an Indian reservation, land developers, and the park itself. It was created by Taylor Sheridan who is originally from Texas himself, and made a name developing Sons of Anarchy, as well as the movie Hell or High Water, which also featured a lot of independent and classic country music. Hell or High Water was also nominated for Best Picture at the Oscars. Sheridan is given credit for revitalizing the modern Western.

“I was standing on set explaining my idea for a scene in a honky tonk, so I played the team Whiskey Myers’ ‘Stone’ and told them I wanted something like that at the end,” says Taylor Sheridan. “Our producer John Linson said ‘Why not just use that?’ so I got Cody’s number and called him, pitched him the scenes and asked if they wanted to come be in the show. Thankfully, they said yes. I think Whiskey Myers is generating some of the most exciting music in the country genre. And rock, for that matter. And alt-country. And Americana… I love ’em.”

Other cool performers featured on Yellowstone have been the Texas music female supergroup The Trishas, Whitey Morgan, and Chris Stapleton. A clip from the Whiskey Myers appearance on Yellowstone can be seen below, and stay tuned for more information on their new album coming soon.