Whiskey Myers to Open for The Rolling Stones + MORE 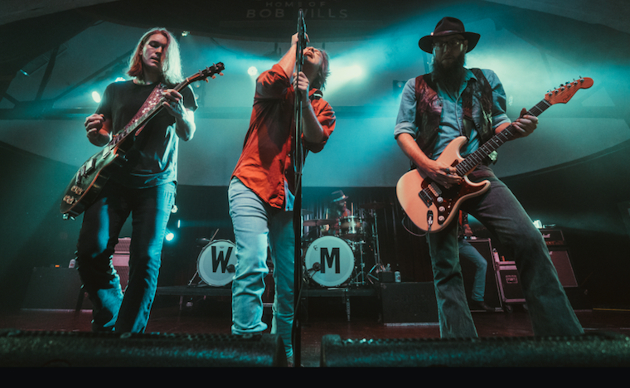 The positive news for the Texas-based Southern Rock band Whiskey Myers just keeps coming. Last summer they received a huge boost in interest and recognition when not just their music, but the band itself was featured in an episode of the Paramount Network’s original series Yellowstone starring Kevin Costner. Whiskey Myers didn’t just receive royalties for the use of their music, it caused their sales to spike. Now they’re getting another big opportunity in front of a massive audience.

Announced Wednesday (6-5), Whiskey Myers has been bestowed the opportunity to open for The Rolling Stones on their massive and recently-rescheduled “No Filter” North American tour. Myers will open for the rock ‘n roll legends at Soldier Field in Chicago on June 25th. To make it happen, they have to reschedule their up coming tour dates June 24th and 25th in Billings and Missoula, MT to November 19th and 20th respectively, but it’s well worth the hassle to open a stadium show for The Rolling Stones. “We can’t wait to open for one of the greatest rock bands of all time,” the band said.

The news comes as Whiskey Myers just returned from Europe where they sold out multiple venues, opening up a new market to Texas-bred Southern rock. “I’m still pinching myself after this past month in Europe,” says lead singer and guitarist Cody Cannon. “We started 12 years ago as best friends playing music in our hometown and never dreamed of anything like this. Now we get to go to these countries where the people might speak a different language, but everyone is still united by our music to the point where sold-out venues are singing every word back to us—that’s magic.”

And that’s not all the news coming from the Whiskey Myers camp. Their song “Deep Down in the South” appears in the recently-released Renée Zellweger-led Netflix series What/If which premiered in May. It’s also been confirmed that three more Whiskey Myers songs will appear in the upcoming 2nd season of Yellwostone premiering June 19th.

Whiskey Myers also recently played the Stagecoach festival to an estimated crowd of 5,000 people under the Palomino tent, and played the Tumbleweed Festival this last weekend, and will host their own Wiggy Thump festival in Palestine, TX this upcoming weekend featuring The Steel Woods and others. The band’s last album, 2016’s Mud helped put Whiskey Myers on the national map, and they’re expected to announce a new album any time now. Stay tuned.

Other names from the roots world also announced as openers on the upcoming Rolling Stones tour include Lukas Nelson and Promise of the Real, Bishop Gunn, St. Paul and the Broken Bones, Gary Clark Jr. , and Nathaniel Rateliff & The Night Sweats. See full dates and openers below.